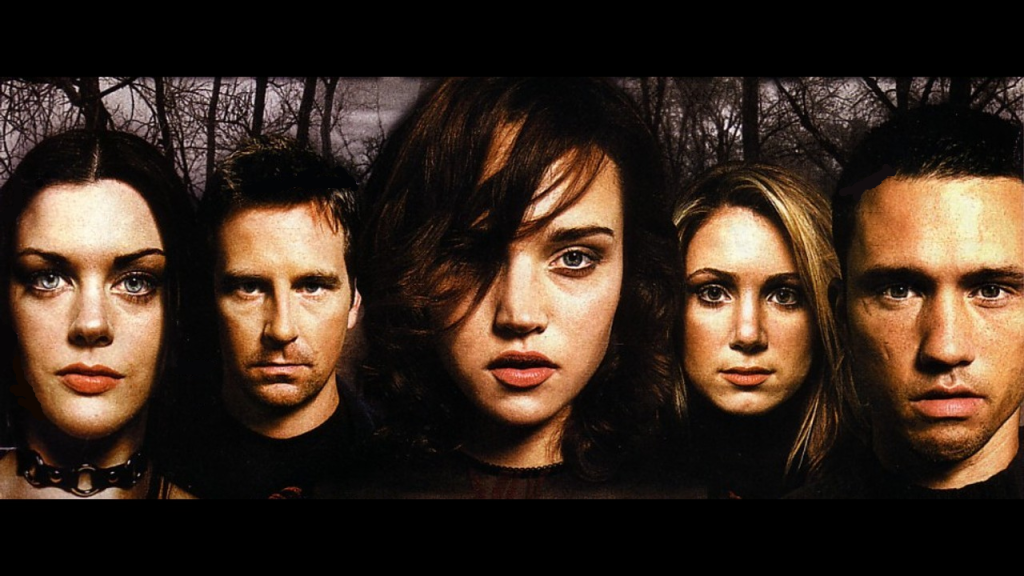 Back in 1999, THE BLAIR WITCH PROJECT became a worldwide phenomenon, cementing its place in pop-culture lore. And in 2000, a follow-up was released to the world -- and that world was not kind to the sequel.

BOOK OF SHADOWS: BLAIR WITCH 2 was not welcomed with open arms. And you know what? That's a damn shame.

What's sad is that most critics and moviegoers were expecting more of the same, another found-footage witch-hunt. They were most likely let down when they realized it wasn't that. I think what they failed to realize is that the movie was about them.

It was about fanatics who are obsessed with the first movie and partake in a tour of the filming locations of THE BLAIR WITCH PROJECT and some weird stuff begins to happen.

Supernatural side of things aside, BLAIR WITCH 2 was more grounded in reality than the first movie. It dealt more with real-life views and ideals on the subject matter.

Yeah, so BLAIR WITCH 2 ditched the found-footage angle and focused more on a straight forward approach with an investigative degree. Although, on a side note, having BW2 be found-footage though might have benefited.

The characters that BW2 offers are genuine, they're entertaining and dare I say it, awesome? And the one guy's "house" where the majority of the film takes place -- it's incredibly cool.

But that’s not what makes the movie cool, or good, for that matter. Where the film succeeds is the idea that a group of people visiting the filming locations of a fictional movie begin to encounter strange and bizarre events, much like the events depicted in said fictional movie they’re obsessed with. It’s sort of like WES CRAVEN’S NEW NIGHTMARE but not as obvious.

Now I can completely understand the backlash against BW2, and I get it. Viewers wanted to know the fates of Heather, Mike and Josh. But I feel that’s just something better left to the imagination. And also, once word got around that it was a mockumentary and completely fictionalized, I think that left a lot of moviegoers feeling robbed or cheated in some way. I just saw it as a brilliant marketing strategy. Remember, FARGO was billed as a true story, and the Cohen’s have since debunked that. Does that change your opinion of FARGO? I didn’t think so.

I believe the filmmakers acknowledged this and that’s why they took the route they did. They made a sequel that admitted that the first movie was just that: a movie. And I commend them for that. Hell, original BLAIR WITCH director Eduardo Sanchez has nothing but high praises for BOOK OF SHADOWS.

So that’s my argument on why BW2 wasn’t that bad…and not to mention a badass soundtrack, to boot. So before you condemn to the blazing hells of cinema sequels, I urge you to give the film another chance. Chances are most of you haven’t seen it since 2000, and that’s a shame. I believe some of you just may change your opinion of it.

The article above is a repost of an article I posted on Sequel Buzz.
Blair Witch Blair Witch 2 Book of Shadows Movies The Blair Witch Project