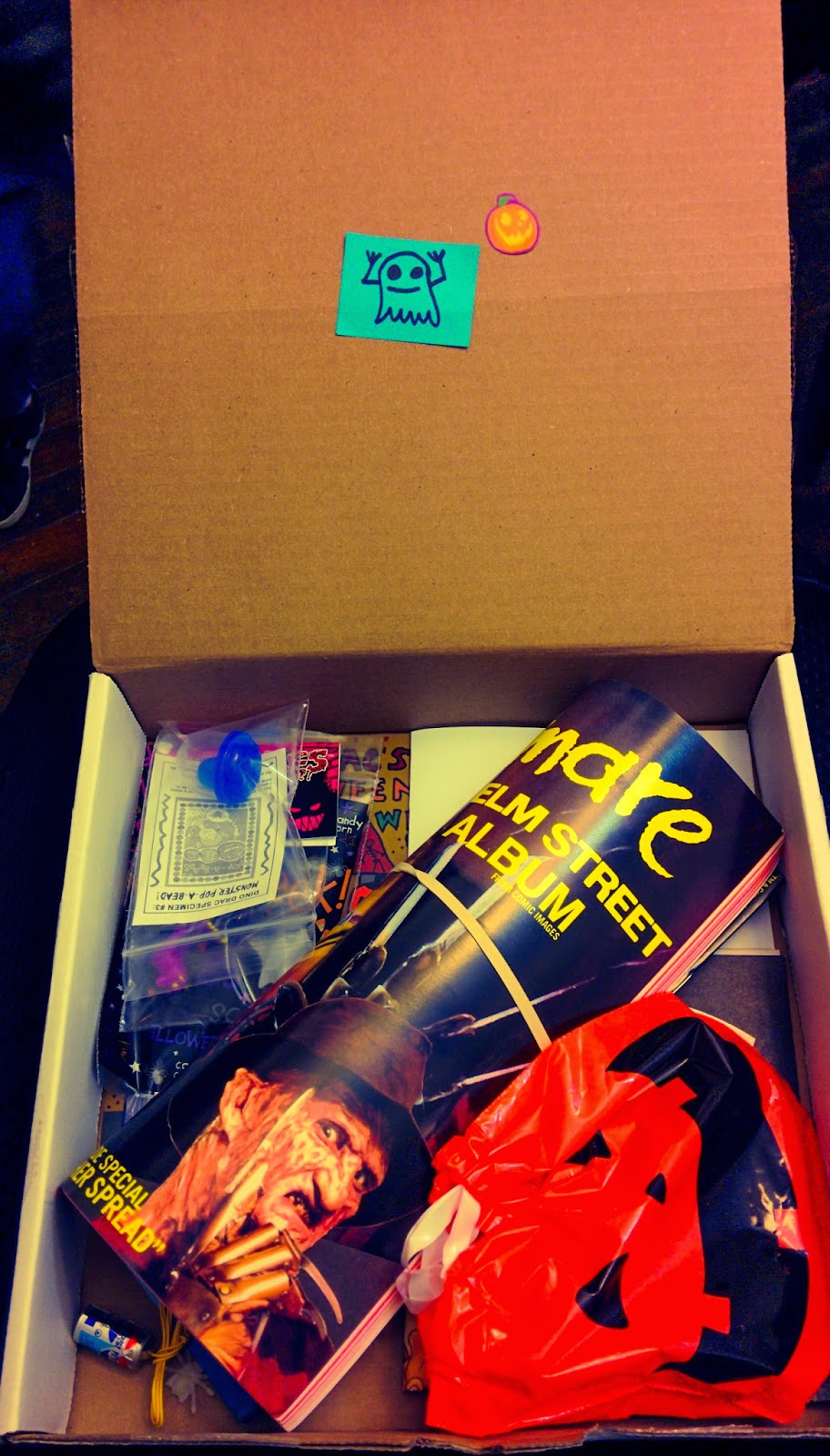 Let me just start by saying that I was already super excited for my October Fun Pack, courtesy of Dinosaur Dracula, but when I heard a knock at the door a peaked the mailman standing there with a white cardboard box in his hand, I knew exactly what it was.

I couldn't tear that box open fast enough.  Seriously.  My eyes lit up like a little kid who just got a glimpse of what's under the tree on Christmas morning.  A bunch of vintage and awesomeness infused goodies stared back at me.

I flipped through the items, moving from one to another, trying to take in as much as I could in the few seconds of attention I paid one object before moving to another.  Here's a rundown of all that was included (per the inventory sheet):


Needless to say, this fun included in this little white box should take me through Halloween.  If you haven't checked out Dino Drac, you're doing yourself  grave disservice -- especially if you're anything like me and get enough Halloween goodness or glorious nostalgia-ridden comas.