Just as planned, I'm going to continue my weekly thoughts on STALKER, the new drama on CBS, which is now being nicknamed "the scariest night on television".  Okay, I'll give it that, but it probably has FX's AMERICAN HORROR STORY to thank for that (which is now in it's fourth season, subtitled FREAK SHOW).

Stalker -- S01E02 -- "Whatever Happened to Baby James?"
Like first episode, this one also starts off with a thrilling cold opening.  This one, though very SCREAM-ish, gave off a great Michael Myers/HALLOWEEN vibe as well.  A silhouetted assailant waiting in the shadows, slowly stalking their prey.  Although, no one was killed this time around.  At all.  Cue title sequence. 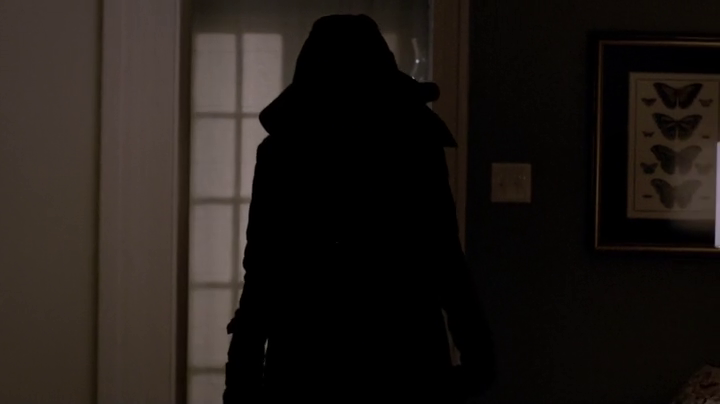 After the break, Jack and Beth are interviewing the girl who was attacked in the cold opening -- poking, prodding -- you know, the usual.  The girl claims that she's been stalked for the past couple weeks, blah, blah, blah.

Long story short, the girl was the never target in the first place.  It was her younger brother Thomas.  Turns out there's a psychotic woman lurking the streets who seeks to replace her dead (which she killed, by the way).

The episode was decent, but it was just another open and shut case.  I still don't see what the story arc could be for the entire season.  I mean, there's the whole subplot with Jack and his ex-wife and their son.  Apparently his ex has a secret about Jack that she threatens to out him on if he doesn't leave town within two weeks.  Snore.  Yet, I'm slightly intrigued.

I'm really hoping this show isn't a new story every week like CRIMINAL MINDS (which I love), but more like THE FOLLOWING, just one big movie.  Time will tell I guess.