Every since the episode lineup for STALKER was revealed, I've been waiting for the Halloween episode.  Call me a hobbyist, but I'm a sucker for all things Halloween.  So I was eager to check out the episode "The Haunting".

Stalker -- S01E05 -- "The Haunting"
You guessed it, another cold opening.  This time, we meet Laurie (an obvious nod to the John Carpenter classic HALLOWEEN), who is trying on costumes in a Halloween store when she's confronted by an unknown assailant wearing a clown outfit. This, however, turns out to just be a simple prank. 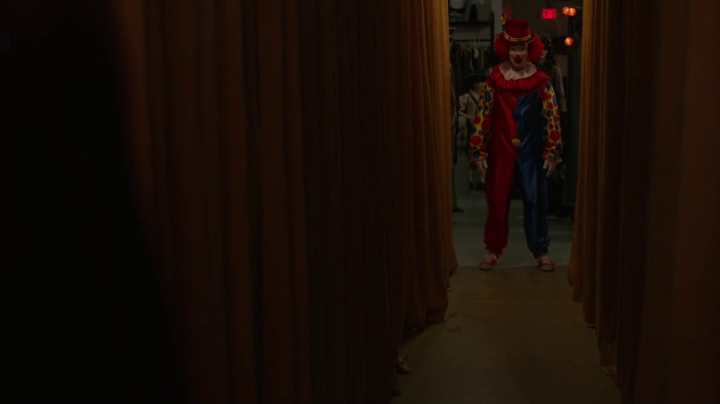 The real fun starts when we discover that Laurie and her roommate Annie (another nod to HALLOWEEN) have recently moved into a house with a dark past (ring, ring...HALLOWEEN again).  The house is supposedly haunted and the "spirit" is warning Laurie and Annie to "GET OUT" in dripping blood letters.

The usual lineup of suspects arise and are quickly eliminated from suspicion as haunting acts are being committed while the suspects have plausible alibis.  Low and behold, the unsub ends up being a previous homeowner who has been living in a hidden room in the basement for the past several years. 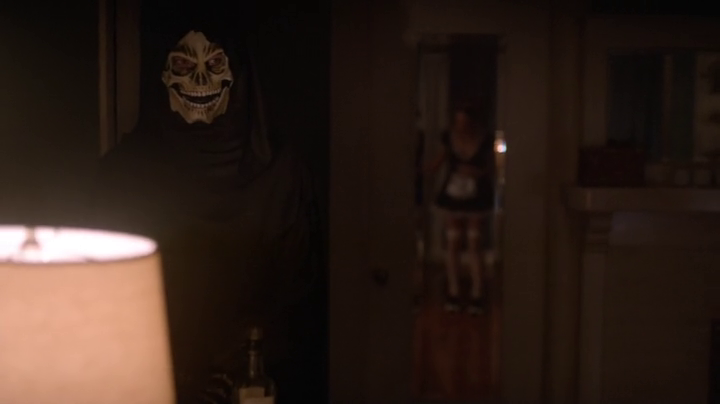 His ultimate goal was never to kill anyone, but just to keep the house empty by "haunting" it.  Years earlier, his wife committed suicide in the house and he's had a really hard time letting the property go.  Can't say I blame him.

In this episode, we dive into the subplots of both Jack and Beth!  Yes, both of them!  Jack finally makes contact with son when he's being bullied by a couple of older trick-or-treaters and he steps in to intervene.  And Beth just happens to run into her stalker at a Halloween party.  Although, at this point, she doesn't even know she has a stalker.  We also learn a little bit about Beth's past, and why she's as paranoid as she is.

Turns out, Beth's family was killed in a house-fire years ago, where she was the sole survivor.  And her name used to be Michelle Webber, not Beth Davis.

Things are heating up!  All in all, this is easily my favorite episode of the series so far.  And my god, the cover songs that are chosen for the end of the episodes are fucking brilliant!