THE TOWN THAT DREADED SUNDOWN (2014) Is Pure Awesomeness 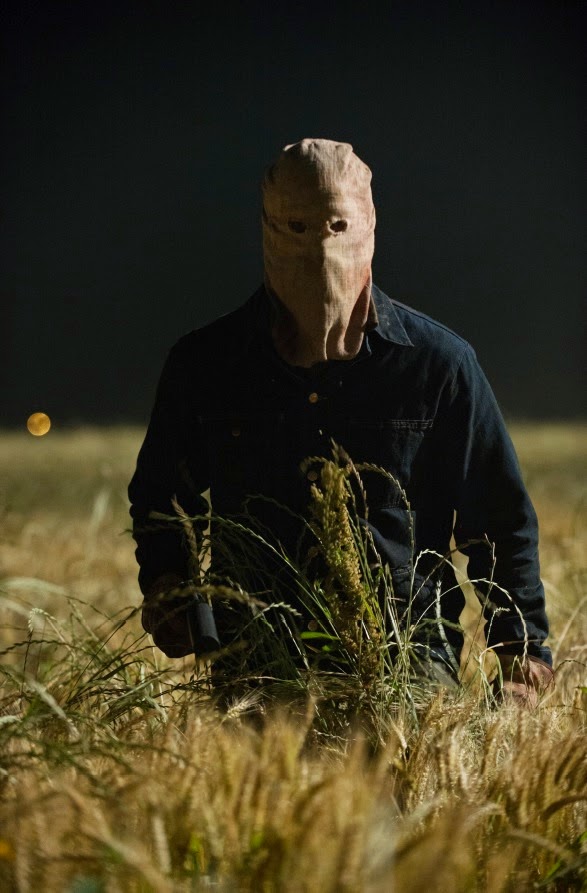 Let me start off by admitting that I am a huge fan of the original 1976 THE TOWN THAT DREADED SUNDOWN.  I'll also admit that I had never even heard of the movie -- or the real-life case, for the matter -- until it was referenced in the 1996 film SCREAM.  I can remember rushing to my nearest Blockbuster Video and tracking down a VHS copy of the film.  I took it home and rest is history.

Flash forward to 2013.  I caught wind of a remake of THE TOWN THAT DREADED SUNDOWN was in the works from the people associated with TV's AMERICAN HORROR STORY and GLEE.  Despite that, I was excited.  Plenty of time passed and I heard nothing on the film.  And then a couple months ago the first images and trailer was released.  And my interest was immediately spiked.

After viewing the trailer, I realized that this was not a remake.  In fact, it was a sequel...of sorts.  It acknowledged that the first film is a movie, and a copycat killer is on the loose, reminding the town of Texarkana what happened in 1946.

And now, in October 2014, I have finally seen the film that I've been dying to see.  It exceeded my expectations in every imaginable way.  The killer was menacing, the victims true-to-life.  It's like it was all happening all over again. I loved it. 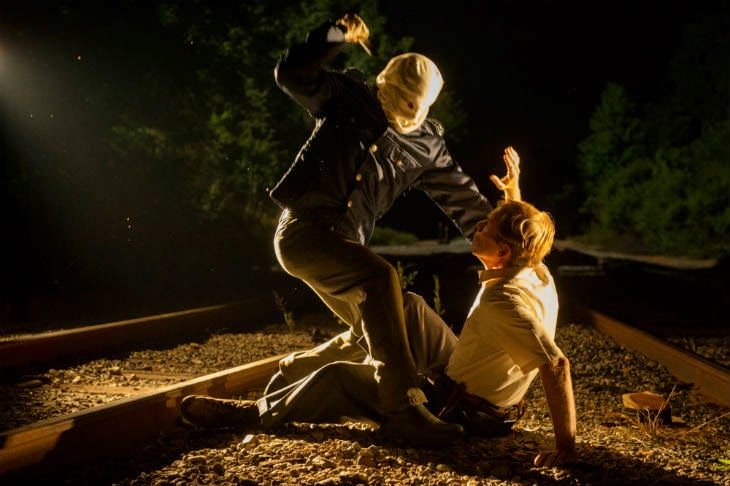 The killer even copies some of the killings from the movie (cue the trombone scene!).  A lot of the same filming locations are used as well.  Big bonus.

The lead girl, Jami, played by Addison Timlin, is a terrific final girl.  She puts the pieces together to help solve the murders.

A lot of flashbacks are shown using footage from the '76 film.  And I loved that, too.

If there's one thing I could change about this movie, it'd be the ending.  I'd leave it open.  I mean, it sort of does, but I'd make it a little more obvious.  No imagination stuff.

This film was a big gift to the fans.  And for that, I am grateful.