I went into SILENT NIGHT, DEADLY NIGHT PART 2 with absolutely zero knowledge of the sequel.  But that's okay, because the first half of the movie is basically a recap of the first flick -- only this time, it's a story being told my Billy's younger brother, Ricky -- who he, himself, is now incarcerated.

In fact, I owe all the thanks in the world to Chad over at The Horror Movie BBQ for the relentless recommendation of SNDN2.  So thanks, Chad -- I loved SNDN2! 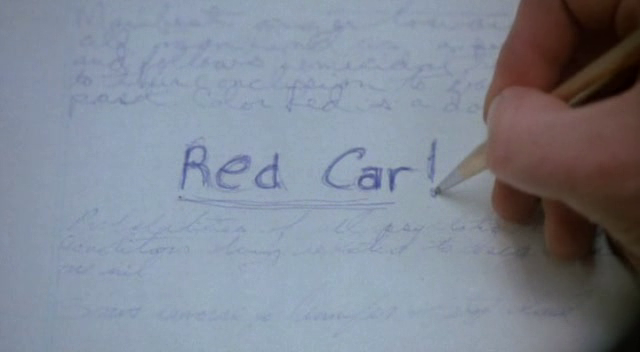 Once the actual plot and story of this sequel began to unfold, it reminded me of all those slashers that I'm so fond of, like the SLEEPAWAY CAMP sequels with the extreme campiness of TROLL 2.  Yeah, it's that good!

So despite the first half of the movie retelling the events of the first film, we're given little nuggets of exterior knowledge by Ricky.  His perspective, if you will.  And honestly, he's just as nuts as his big brother, Billy.

It's made clear pretty early on that Ricky is triggered by the color red.  When he sees red, he goes nuts.  And unfortunately, one can find the color red just about anywhere, especially on Christmas. 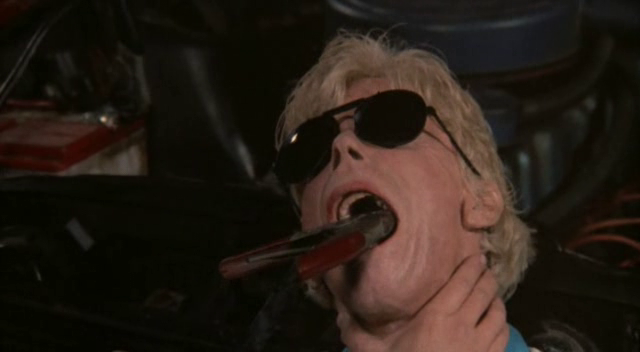 Ricky's ultimate goal seems to be get at the Mother Superior and finally finish what Billy started all those years ago.  And, well, he succeeds. 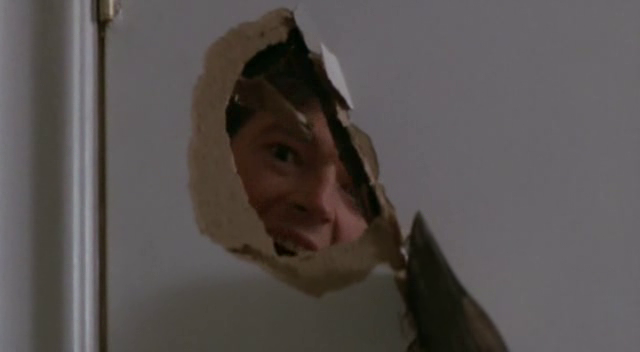 But ultimately, Ricky suffers the same fate as his older brother -- shot dead (or so it seems). 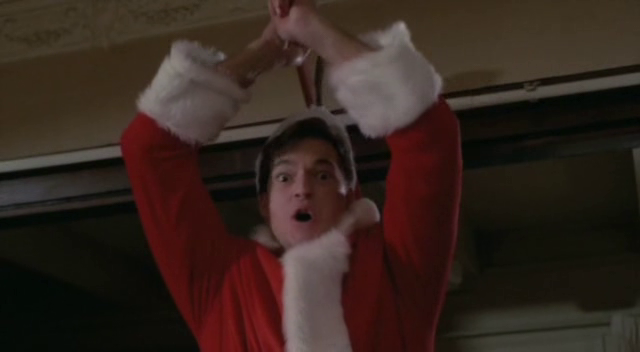 And that's SILENT NIGHT, DEADLY NIGHT PART 2 in a nutshell, really.  There are some hilariously delivered lines in the movie that can stand for the sole purpose of watching SNDN2.  Mostly spoken by Ricky himself, Eric Freeman.
Speaking of Eric Freeman.  On the DVD commentary for the film, it is said that Freeman has disappeared and no one has heard from him.  There has since been groups devoted to finding him, but alas, our good friend Chad has cracked the case!