Following their Halloween episode "The Haunting", episode six is titled "Love is a Battlefield" and it's one of the more bat-shit crazy episodes so far -- and that's definitely a good thing.

Stalker -- S01E06 -- "Love is a Battlefield"
In this episode's cold opening, we really don't get any blood or carnage, but instead, we're treated to threatening/mocking graffiti plastered all over a woman's house.  And since this is a Kevin Williamson creation, I can't help but draw a few similarities with SCREAM 4. 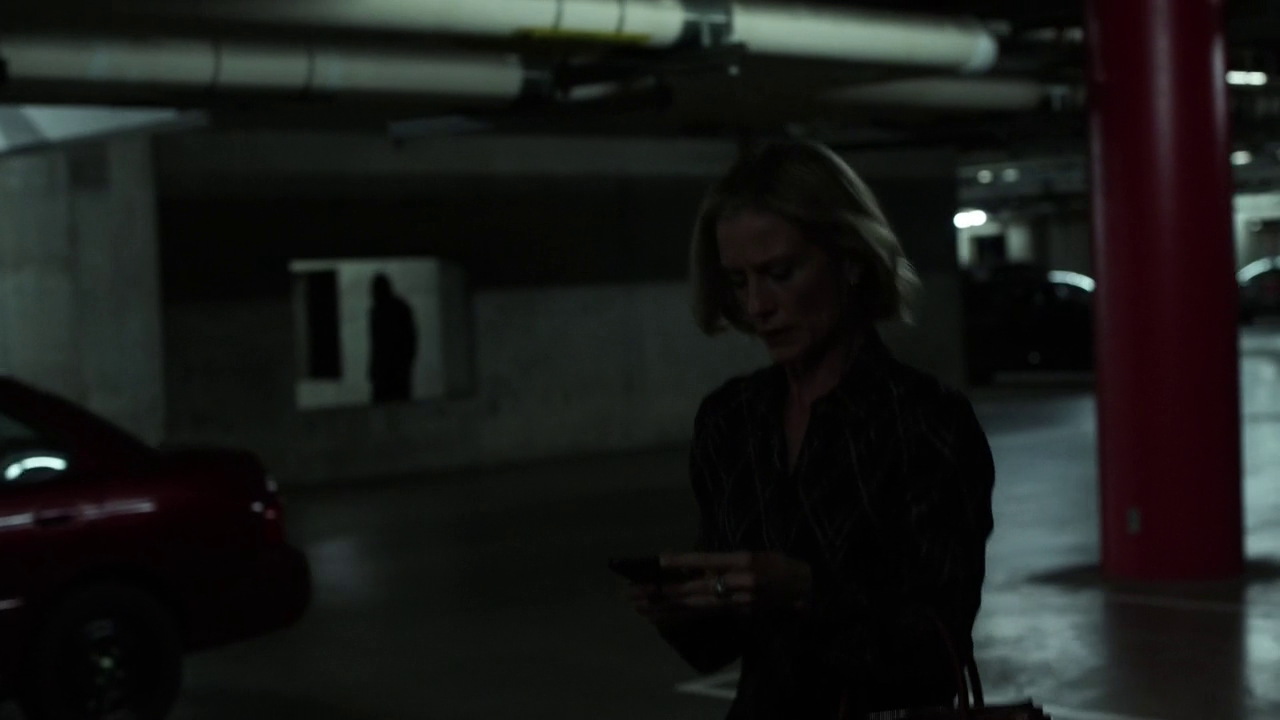 Williamson's original opening for S4 involved a grisly message being written on the wall of the opening victim's house.  It also hearkens several scenes from SE7EN.

The episode plays along as we start to believe that the ex-husband of the woman is stalking her.  Her dog shows up dead, she's beaten to a pulp in a parking garage and all the while, we are told it's her husband.

Now this is where I refer back to SCREAM 4.  As it turns out, The ex is innocent.  It's the woman all along.  She killed her dog.  She hired someone to mug her.  She was trying to frame him for the incidents all because he cheated on her.  Hello Jill Roberts!  The crazed psycho even begins to rough herself up in the end via the same methods Jill used in S4.

However, she is captured and caught.  No human deaths this time around.  Still and interesting episode.

We also get a little more of Jack's subplot this time around.  He comes clean to Beth about his past and begs his ex-wife to let him stay in town.  He promises to keep his distance.  Yeah, we'll see how long that lasts.