The latest episode of STALKER, titled "Crazy for You", is somewhat of a personal episode for Maggie Q's Beth Davis.  But it also has to do with an interesting story about a psychiatrist and his patient(s) stalking habits.

Last week's episode "Skin" didn't have much of a cold opening.  That disappointed me a little because I've come to adore the types of openings that have gave STALKER that little extra creep factor.  But alas, "Crazy for You" gets back on track with a great opening.  A psychiatrist watches as his last patient leaves, but he soon realizes he's not alone in the office.  Strange sounds and that good old-fashioned sense of paranoia get the better of the doctor as he grows scared. 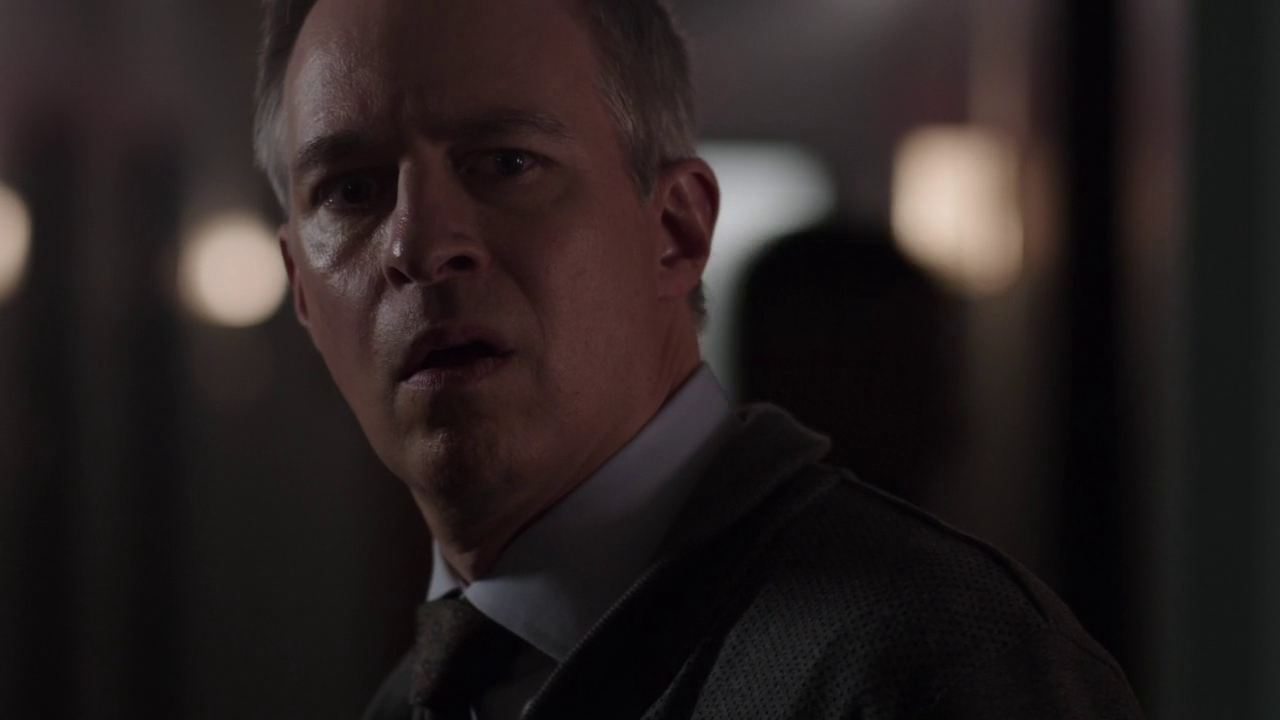 The opening, however, sheds no blood.  But instead, a package is left on the doctor's chair.  Hard to tell, but there is a shadowy figure passing behind the doctor in the photo to the right (which has become a staple in my Stalking STALKER posts).

The doctor believes the package was left by a former patient of his, only to learn that it wasn't.  Said former patient was actually behind framed for the incident...sort of.  Someone connected to the doctor is attacking him through his patients.  Oh hell, here's the spoiler.  The stalker in this episode is a patient's husband who blames the doctor for him and his wife's separation.  Boo-hoo-hoo.

Like clockwork, the TAU steps in and solves the case.

The interesting aspect of this episode, the "it's personal for Beth" aspect, is that she's fully aware that she has a stalker who has been inside her home.  And when she finally lays eyes on her friend's new, mysterious, boyfriend, it all makes sense.  She now knows who her stalker is.  And in badass Beth fashion, it appears that he is turning the tables on him.

Rather than attack him legally, the episode ends with her breaking into his apartment and seeing the shrine to her that he has created.

Things are about to get crazy.