Literally just finished watching SILENT NIGHT, DEADLY NIGHT 5: THE TOY MAKER. And I must say, it’s hands down my favorite of the series – well, of the sequels, that is. So what if it has absolutely nothing to do with the first two (three, really). And I’m okay with it ignoring INITIATION (thank God!).

So let’s get down to the nitty gritty with THE TOY MAKER. The movie revolves around a toy store owner named Joe Petto, and yes, that’s super obvious. Oh, and Petto is played by Mickey Rooney, who back in 1984 slammed the filmmakers of SNDN1 for their use of a killer Santa. Well, flash to 1991 and Rooney is starring in the fifth installment of that franchise – and he even dons a Santa suit at one point in the film while abducting a child. Had the internet existed back then, he would have been crucified by genre fans.

Okay, I need to get back on track here. There really isn’t any one main character this time around. In fact, all the major players here seem to share the same amount of screen time. It’s poor Derek, the little kid the movie is supposed to revolve around, that gets hosed.

What first attracted me to THE TOY MAKER was the tagline: “He’s Home…But He’s Not Alone.” An obvious tongue-in-cheek reference to HOME ALONE, the holiday classic released one year prior. 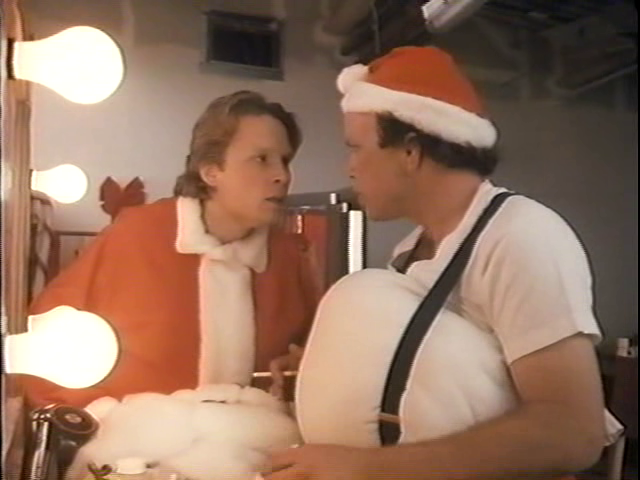 The gist of this movie is that it has to do with killer toys. Sort of like a more sinister SMALL SOLDIERS. And on Christmas.

Oh, yeah, and Clint Howard makes a cameo playing another character named Ricky -- a little wink and a nod to INITIATION and some previous SNDN entries.

Even though all signs are pointing to Petto being the “killer”, it is revealed that his robotic son, Pino (get it?) has been creating the killer toys and releasing them on unsuspecting children. Regardless, the movie is highly enjoyable and just may have the strangest nude scene in cinema history. If you’ve seen the film than you know what I’m talking about.

For all its goofiness, THE TOY MAKER delivers as a holiday horror film. Not so much as a slasher, but definitely has a solid holiday horror.

If you wish to read a write-up on the next installment in the series, which was actually a remake in 2012, then head on over to Shit Movie Fest and check out my article titled SILENT NIGHT, Holy Shitmas.
Horror Movies Psycho Xmas Silent Night Silent Night Deadly Night 5