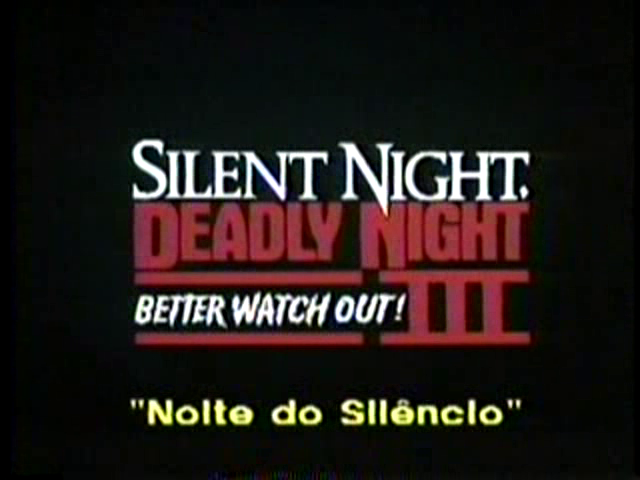 Well, the only copy of SILENT NIGHT, DEADLY NIGHT III: BETTER WATCH OUT! that I could track down was a VHS copy with embedded subtitles.  So I figured oh hell, what better way to view SNDN3, right?  So let's begin.

The movie starts with a way-bright-than-it-needs-to-be dream sequence where our main character, Laura (who's blind, by the way), is sitting on Santa's lap as a grown adult, until he pulls a knife on her and she awakens screaming at the top of her lungs.  Which, let me just say, watching this scene on an old VHS, can be ear-piercing! 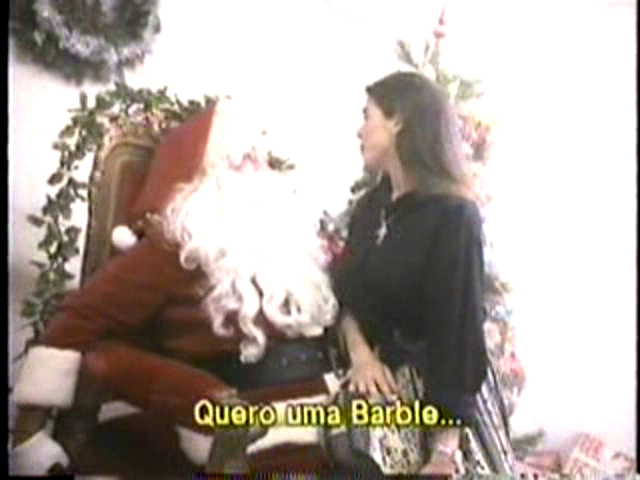 Regardless, the movie starts out incredibly slow, despite the cold opening dream sequence.  Once Laura awakes, we find out she's in some sort of lab, hooked up to all sorts of machines and monitors -- part of some kind of dream monitoring sleep study, I suppose.

And then we find out that she's one room over from Ricky Caldwell (this time played by genre fave Bill Moseley), the killer from SILENT NIGHT, DEADLY NIGHT PART 2 (Billy's little brother).

Apparently, the doctor(s) involved are attempting to use Laura's psychic abilities to find out the inner workings of Ricky -- basically trying to "cure" serial killers.  Sounds lame, and it really is.  But the movie does have its moments.  For example, there's a scene near the end of the film where one of the characters tells Ricky, "Is it live, or is it Memorex?"  If that doesn't date the movie, I don't know what will. 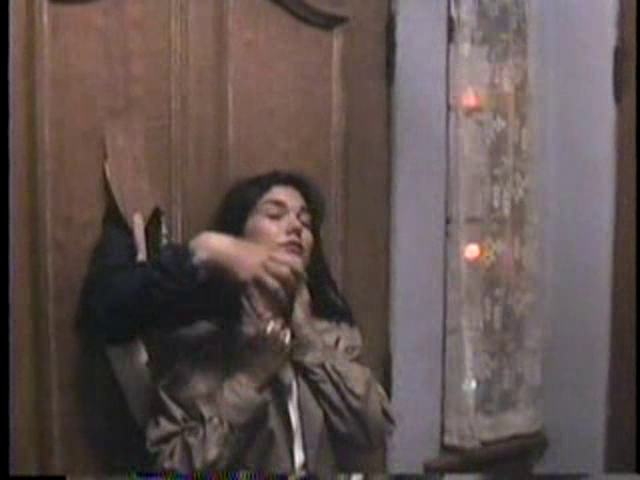 Let's talk about the look of Ricky, for a second.  Besides the obvious fact that Bill Moseley looks nothing like Eric Freeman.  His brain is exposed, covered by what I assume is a clear plastic shell.

There's not a whole lot to say about SNDN3, due to the fact that it's a pretty cut-and-dry slasher movies.  Although, it doesn't really become a slasher until like the last 15-20 minutes of the running time.

Oh, and despite the fact that it appears that our killer Ricky has perished once more, I guess the filmmakers figured it would be a neat little Easter egg to give Ricky a couple more seconds of screen time right before the credits. 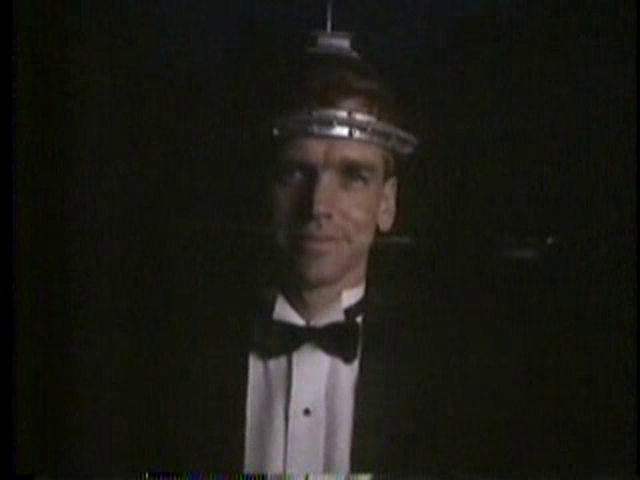 "And a happy...new...year," Ricky says, before cracking a smile and fading to black.

And then this happened, present day...the other day...


...Bill Moseley called me out on Twitter for forgetting that he was in SNDN3.  Shame on me.