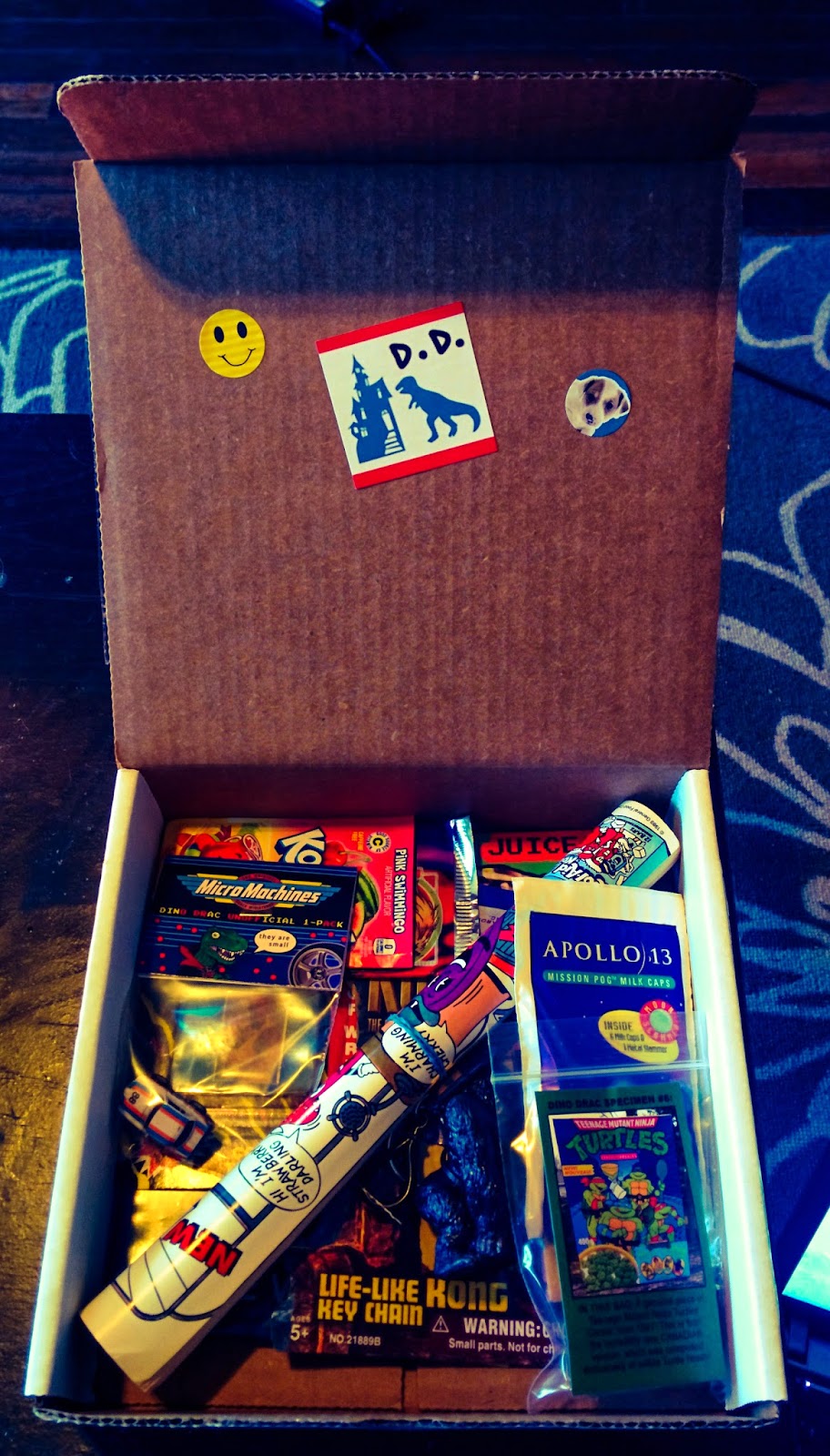 I know it sounds cliche and all, but time really does fly.  Feels like yesterday the Dinosaur Dracula December 2014 Funpack was on my doorstep.  And today, the January 2015 Funpack is here!

Let's just dive right into the meat of this thing, shall we.  As usual, Matt provides a rundown of the pack's contents...


But that's not all, this time around!  He's also included a PHYSICAL CHALLENGE!
My favorite items in this pack are definitely the King Kong keychain (say that three times fast) and the Ecto Cooler Mini-Poster.

Once again, a huge thank you to Matt at Dinosaur Dracula for providing and supplying yet another awesome Funpack!

Also, one of days I'll actually quit being lazy and snap some photos of the awesome goodness that Matt puts in these things.
Dinosaur Dracula Fun Mail Call