Last night's STALKER opened inside a TV news station with Jack from DAWSON'S CREEK, err, I mean Kerr Smith, as a TV news anchor. Who, while sitting at the desk between segments, begins receiving ominous text messages. The cold opening culminates with the sender sending a video shot from the inside of his daughter's closet.

After the cold opening, the episode picks up inside the Threat Assessment Unit where Beth's subplot is very much a par plot this time around. Her stalker, Perry, is still on the run and is co-conspiring with the antagonist from Beth's past. 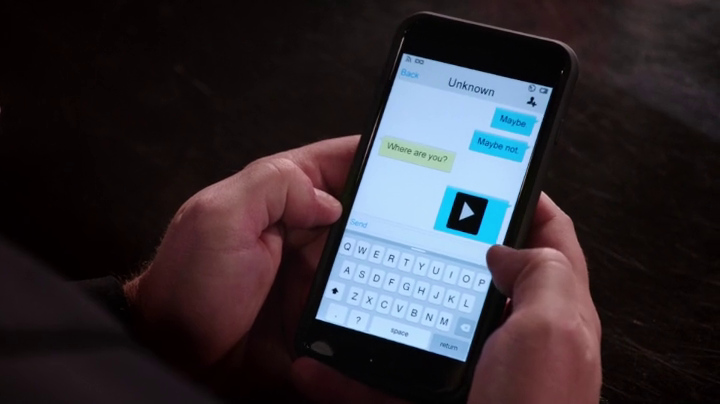 As for the main story, Kerr Smith's character is being stalked and he believes it's the same guy who stalked him in the past.  Turns out, he's wrong.  Although his old stalker is in the this episode and is technically still stalking him -- by proxy, that is.

After a series of whodunit moments in the episode, we're finally treated to the real culprit...and it's Kerr Smith's new girlfriend, who is obsessed with another anchor at the station who she believes she is in a relationship with.  Weird.  Strange.  Complicated.  I know.  Nevertheless, this story was concluded.

Now back to Beth's story, Perry has somehow managed to free Ray (Beth's old stalker) from the mental hospital.

And the episode ends with Ray giving Beth a phone call.  Uh-oh...