I'll be the first to admit, when I first watched the trailer for CUT!, I thought to myself I've seen this movie done 20 times.  But after just finishing watching the full film, I was wrong.  Dead wrong.  CUT! is that rare little gem that manages to suspend disbelief for not only the characters in the film, but for the audience as well.  Not since SAW and THE USUAL SUSPECTS has an ending left such an impression on me.

The movie starts out simple enough, after some brief character exposition.  Lane and Travis are two guys who work on movie sets, with dreams of becoming filmmakers themselves.  Travis, who is inspired by found footage flicks such as THE BLAIR WITCH PROJECT and PARANORMAL ACTIVITY, hatches a plan to shoot his own movie in the same style.  The twist: none of the actors in his movie are actors at all, but real people who he and Lane plan to pull elaborate "pranks" on. 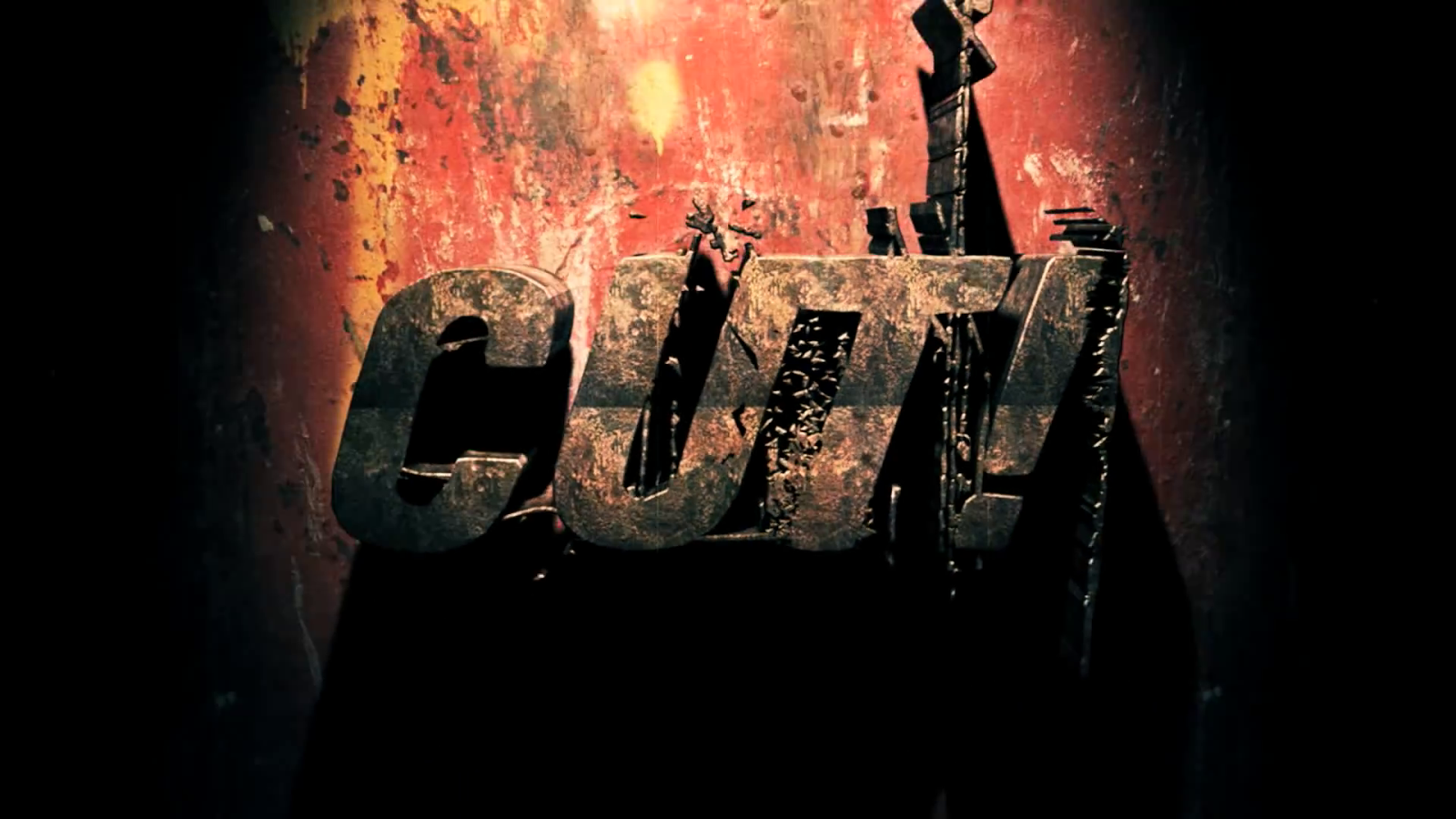 But things soon take a dark turn when they hire the homeless guy who hangs out behind the studio to scare one of the girls -- the homeless man kills her!

Travis and Lane are at a loss.  A crossroads.  Do they pack up and call it quits, or do they purge forward and finish their movie?  Luckily for us as an audience, they purge on.

Lane, played terrifically by David Banks, finds himself slipping into madness as he eventually begins killing people for the sake of the movie.  Travis, on the other hand, is busy pitching the movie around town, looking for distribution.  Something's got to give, right?

So Travis and Lane spend their nights cruising the streets, picking up prostitutes and soliciting homeless people for movie roles.  But what really shines is Lane's downward spiral into darkness.  He slowly becomes a maniacal killer, but with a conscience, as evident later in the film when he's on the brink of suicide before stepping back.

But let me tell you, if you think you have this movie figured out, you're wrong.  Like me, dead wrong.  The first twist is clearly something we do not see coming, but for the superior-minded moviegoer, all the clues and signs are right in front of you the whole time.

A final confrontation between Travis and Lane in the third act is sure to deliver some shocks and surprises.  CUT! pulls no punches and takes no prisoners.  And the climax is sure to leave you speechless, as it did this critic.

There's another twist, too, which I'll steer clear of spoiling that one as well, since it definitely sets the stage for either some sort of sequel or spin-off.  As a die-hard fan of serial killer flicks, this one stands tall in the midst of others.

CUT! comes highly recommended by your's truly and I encourage all fans of the genre to check it out.

Check out the official CUT! website for information and to pre-order the DVD.

Thanks for reading and hope you enjoy the movie as much as I did.  I look forward to more stuff from director David Rountree.
CUT! CUTmovie David Rountree Horror Reviews