Well, it appears that my bitching has paid off, at least a little bit.  In this past Wednesday's new STALKER, titled "My Hero", there was actually some killing.  Okay, well one death.  But still.  Ask and you shall receive!

The episode begins with a young couple on the pier and the man proposes to the woman in the sappiest of ways.  Turns out this Casanova didn't bother to check his girlfriend's ring size and the engagement ring he purchased is too big.  So naturally, he holds onto the ring and slides it back into his jacket. 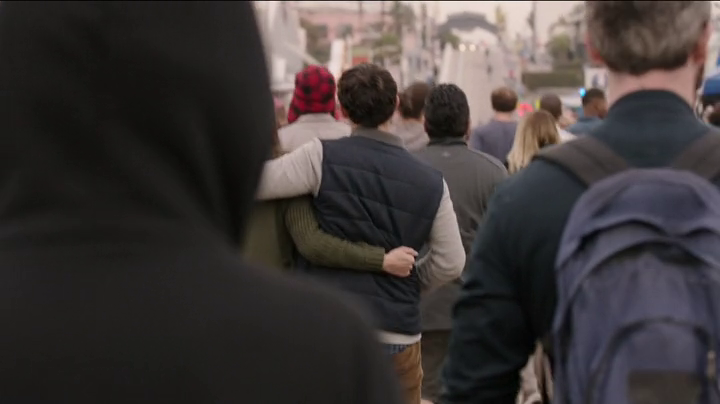 The two aren't alone in their moment of happiness -- as a hooded figure watches from afar.

There's no shortage of suspects in this episode.  After the death of the woman's boyfriend (who was set on fire!), both parties ex-lovers come in to play, but both are eliminated.  The unsub ends up being someone that the woman saved awhile back while lifeguarding at the pier.

And the stalker ends up being Nicholle Tom, probably best known for her role as Ryce in the early BEETHOVEN movies.

So you might be wondering about a little subplot action this time around.  And the simple answer is yes, we get some of Jack's.  His ex-wife invites him over so he can meet Ethan's friends.  And her new boyfriend wasn't in the loop on it.  Needless to say, he leaves here -- which is essentially opening the door for Jack and his ex to rekindle things.

Nothing new on Beth's story, though.