Last week's episode of STALKER, titled “Lost and Found”, found the TAU tracking down a stalker at a local high school.  The episode somehow managed to summon that classic '90s teen slasher vibe, which I dug to no end.  I am, however, a huge fan of teen slashers – as you know. 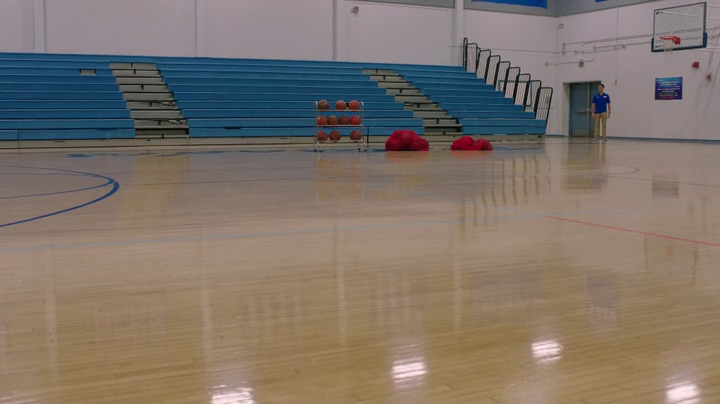 The episode kicked off with a throwback to one of Kevin Williamson's most underrated creations from the 1990s – a scene where a character escapes from behind the gymnasium bleachers as they're closing – a clear homage to THE FACULTY.  Funny, because the “victim” this time around was a teacher.  There's also a subtle homage to I KNOW WHAT YOU DID LAST SUMMER (while the teacher is showering in the locker room, he has something stolen).

Once the episode gets going, we learn that the target, the male teacher from the gym opening, is being attacked by an obsessive student (or so he thinks...).

The real protagonist ends up being a female student at the high school.  There were rumors that the girl and the student were having an affair.  This turns out to be just that, a rumor.  But that doesn't stop the stalker from attacking anyway.  And eventually, the girl's ex-boyfriend is attacked as well.

The common theme that arises seems to be that everything around the girl, whether real or rumored, is being targeted.  And it's finally revealed that the antagonist is the girl's best friend, who ends up being a twenty-something who is posing as a teenager at the high school.  The real kicker is that she is actually the real daughter of the girl's mother, who gave her up for adoption years ago.

The woman is apprehended and sentenced to a mental health facility.  Open and closed case.

Now, for the subplots.

We get a heavy dose of Beth's story this time around and nothing on Jack's, which is fine.

Beth's two stalkers are working together now and have made their way to Los Angeles.  They've already re-established themselves in Beth's life and she has no clue.  Things are heating up and heading towards one helluva climax later on.