Well, we just had arguably the "best" episode of STALKER thus far in its inaugural season.  Much like the pilot episode, this one, titled "Fun and Games", dealt solely with Beth's subplot.  And wow, this one gets pretty intense.

There isn't really a cold opening this time around, but we are given a brief history of the story of Perry and Ray, Beth's two stalkers.  And that's followed by a dream sequence where Beth's home is invaded by the two.  Not a shabby opening by any means. 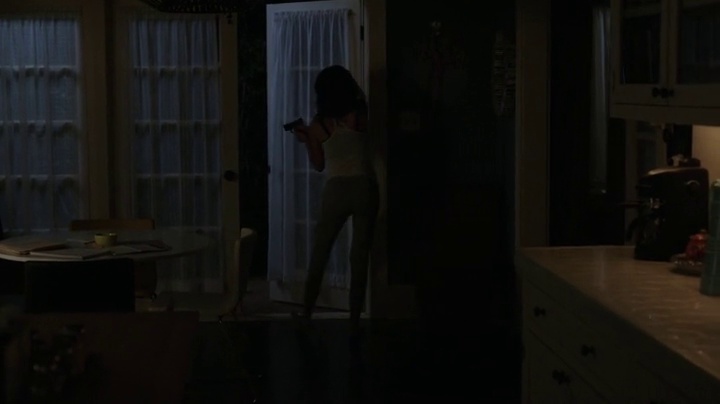 In last week's cliffhanger ending, we were left wondering if Ray had killed Jack's ex-wife.  That question is answered: she's alive, but in the hospital, stable.  So there's that.

Now Ray and Perry haven't gotten along all too well since Perry sprang Ray from the mental health facility.  It became almost immediately clear that Ray was taking charge -- and in complete control.

Ray ends up kidnapping Beth's best friend (the same girl who Perry dated to get closer to Beth) and attempts to use her as a bargaining chip.

There aren't a whole lot of details to get into, as the episode is pretty straight-forward, but at the end of the day, Perry is dead (viciously beaten by Ray), Beth's friend is rescued unharmed and Beth, herself, is kidnapped by Ray.  Oh, and Ben has been shot and (possibly) mortally wounded.

How's that for a recap?  Lazy?  Yes.  But hey, this show seems to be keeping my attention!