After an extremely long and agonizing hiatus, STALKER finally returned last night!  The break couldn't have come at worse time -- Beth was kidnapped by her former stalker and locked in a trunk.  That's what we were left with for the past few months.  But last night changed that.  The story moved forward.  Now hopefully CBS can see that this show does have a fan base and that no one does scary like Kevin Williamson!

Like it should have, the episode kicked off exactly where it left off all those months ago.  But in the show's time, there is no passage of time.  So let's go! 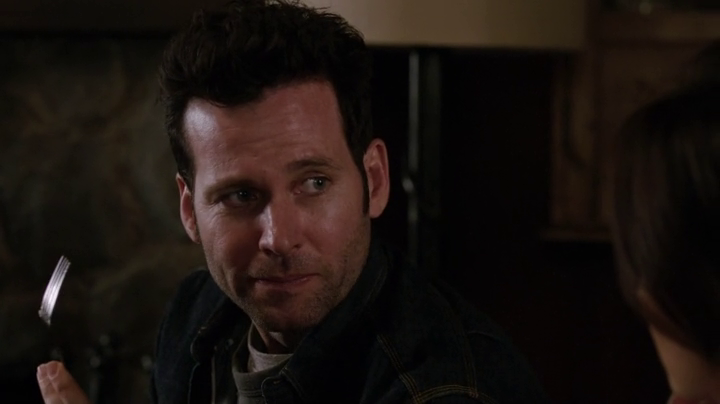 Beth is being held captive in an isolated cabin in the woods.  We all saw this coming.  Ray, however, isn't motivated to kill her.  He wants to turn her back into her former self, the girl he knew years ago.

Although I would have liked to see this story arch drag on for the duration of the season, I'm sort of glad it came to an end.  So hopefully we can see the show evolve into something more.  I still think there's room for more of Jack's subplot and background.

But back to "The Woods" -- as expected, the team tracks Ray down.  Ray, backed into a corner, decides the only real victory now is to kill himself and Beth.  And Jack, since he's present at the moment.  But hey, there's still two episodes of this inaugural season left, so you know they don't die.  But Ray does.  Or so we're left to believe.  But he's probably dead.

Ray was a good bad guy.  It's almost a shame that he truly didn't show up until almost the end of the season.  And Beth's original series stalker, Perry, wound up dying by the hands of Ray.

So that's that.  Bring on these final two episodes!