A good day at the flea market, part one! 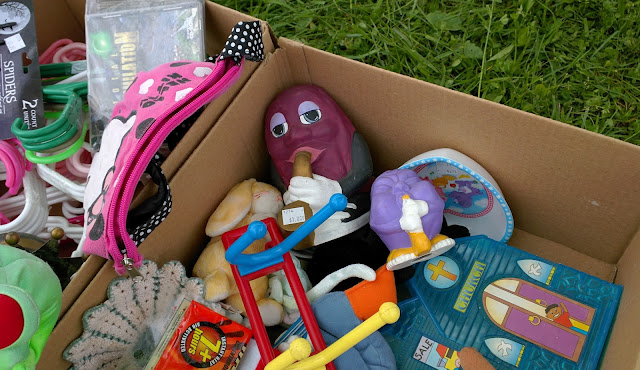 Today was the first day for our local outdoor flea market, so without question, we hit it up.  The weather was beautiful and helped make for an overall pleasant trip to the Bargersville Flea Market.

The two large California Raisins seen above did not end in my vehicle for the drive home, unfortunately.  In fact, I actually ended up passing on quite a few items.  But the items I settled on, I feel as though they deserved to come home with me. 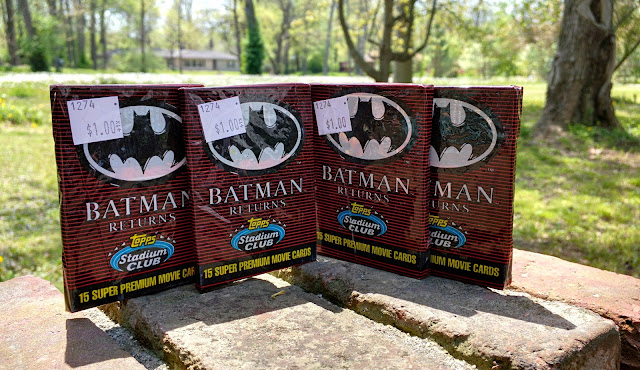 The first item(s) I grabbed were four unopened packs of BATMAN RETURNS trading cards.  I can't really explain why, but I've been on sort of a collecting mini-spree for merchandise from that film.  I paid $4 for the lot, so I'll probably end up opening them if I can think of a cool use for the cards. 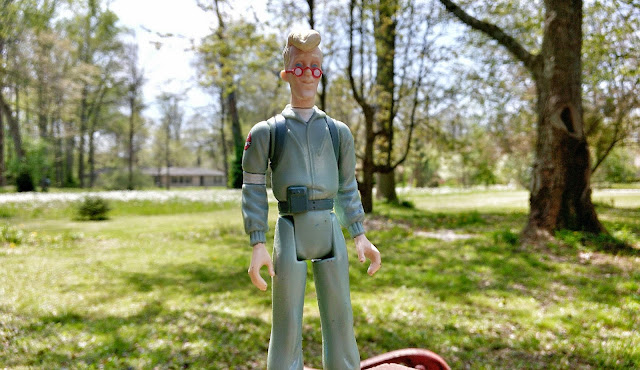 The second item that I settled on was an old Egon figure from THE REAL GHOSTBUSTERS.  He literally has none of his accessories, but that's okay.  I now own two Egons and one Venkman.  I'm getting there.  I paid a buck for this guy. 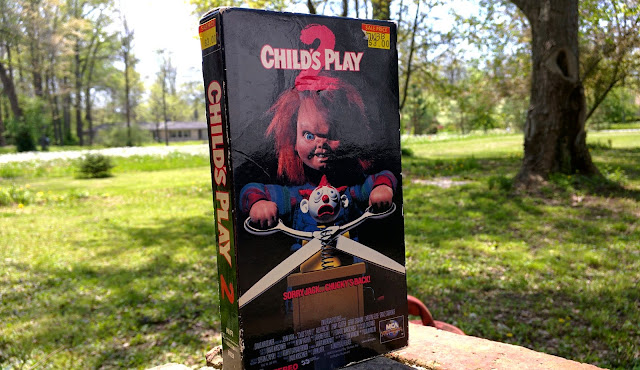 The third and final item that I walked away with was an original release of CHILD'S PLAY 2 on VHS.  Not rare, but I had to have it, nonetheless.  Holding it in my hands instantly took me back to a time when Blockbuster was king.  Will it ever get played?  Who knows.  But it looks good on a shelf -- and I spent fifty-cents on it.

And now for some honorary mentions... 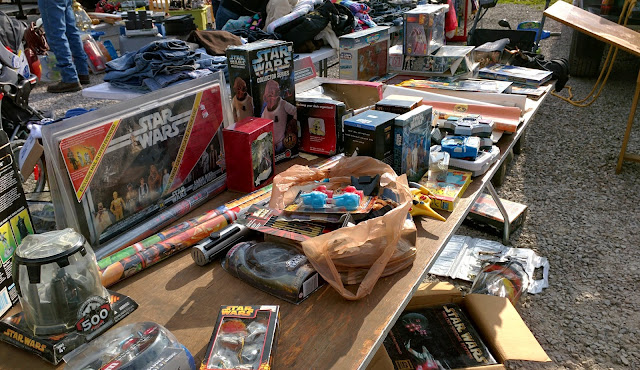 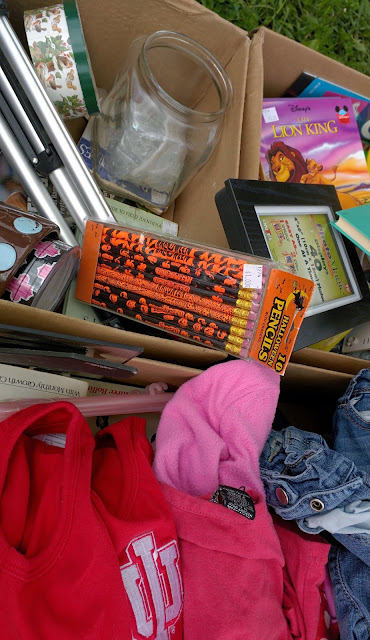 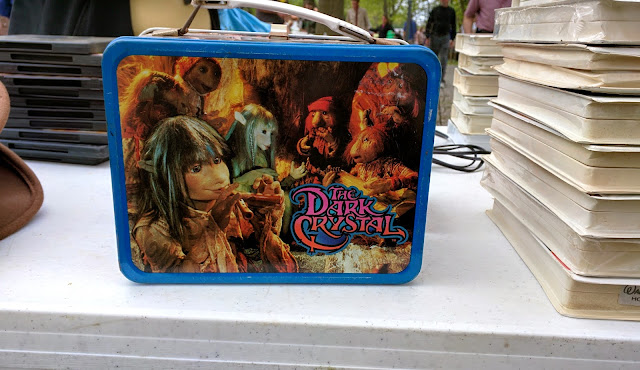 And a kick-ass DARK CRYSTAL lunchbox!