A good day at the flea market, part two! 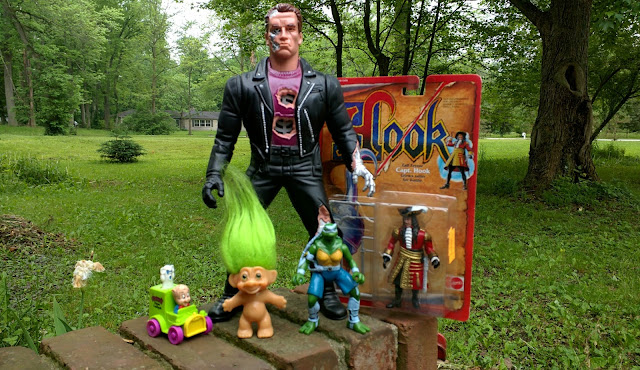 First off, let me apologize for the horrible quality some of these photos turned out to be -- they were a rush job.  But, don't let that distract you from the overall nostalgia these items are sure to bring.

I went to the same flea market as my post for part one of this series, so let's just dig right into the nitty-gritty, shall we? 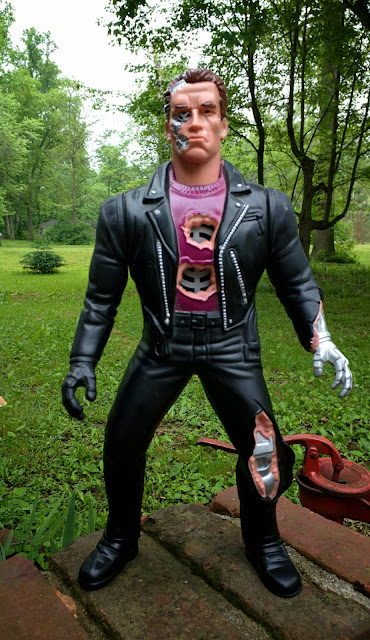 First up is this awesome talking Terminator figure from TERMINATOR 2: JUDGMENT DAY.  I haven't tested to see if it works or not (it needs new batteries) but that's okay.  I'll already know exactly what he says and does...because I owned this same figure as a child.  I have no idea what happened to it, but that's okay, too...because I have a new (to me) one! 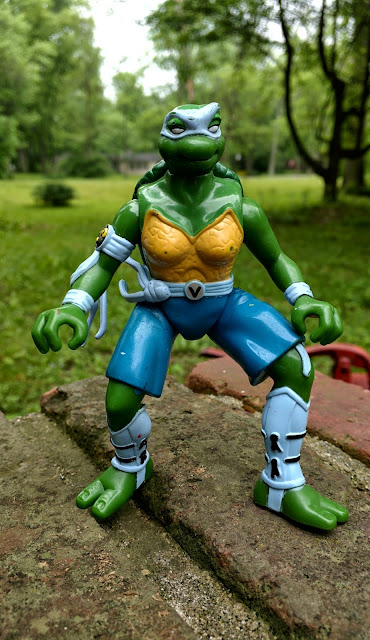 For the second item, I grabbed a Venus figure from NINJA TURTLES: THE NEXT MUTATION (you know, that short-lived live-action Turtles show from the same people who did POWER RANGERS).  Now, this exact Venus De Milo figure is from the Thunder Thrashers line and is called Blacktop Boardin' Venus.

I need to be honest here.  I had absolutely zero idea that a line of toys from THE NEXT MUTATION even existed.  But I'm glad they do, because I did a quick Google search on them and wow! 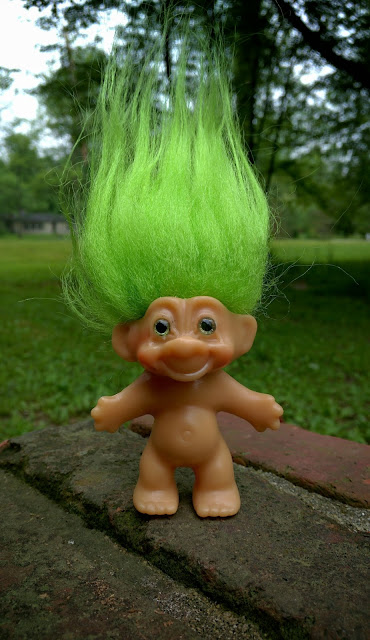 Third on the list is one of those annoying troll dolls from the early '90s.  You know the ones.  We all do.  Normally, I wouldn't grab one of these at a flea market, but this one called out to me.  It was just staring at me from the bottom of a crumpled cardboard box.  So I adopted him. 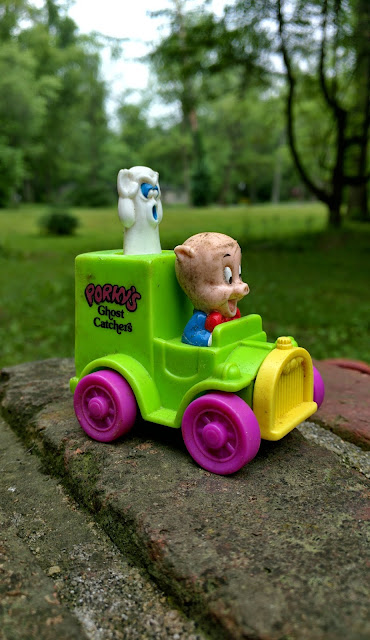 The fourth item here is a small McDonald's Happy Meal toy from the '90s.  It's dirty as shit, but that's part of its appeal, I suppose.  And how could I possibly pass up on something that says "Porky's Ghost Chasers" on the side?  I knew you'd understand. 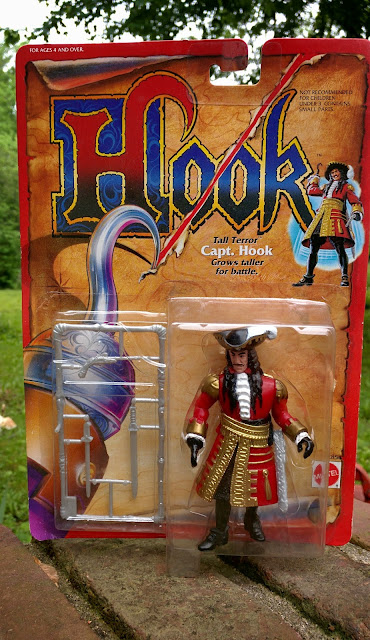 Last, but certainly not least, is a Captain Hook figure from HOOK.  This ones legs grow longer.  Not sure why, but I love this toy to death.  And the fact that it's still packaged is a total bonus!  I suddenly have an urge to collect this whole series.  Should I?