SOAKED IN BLEACH is an open-eyed, honest, look into the death of Kurt Cobain 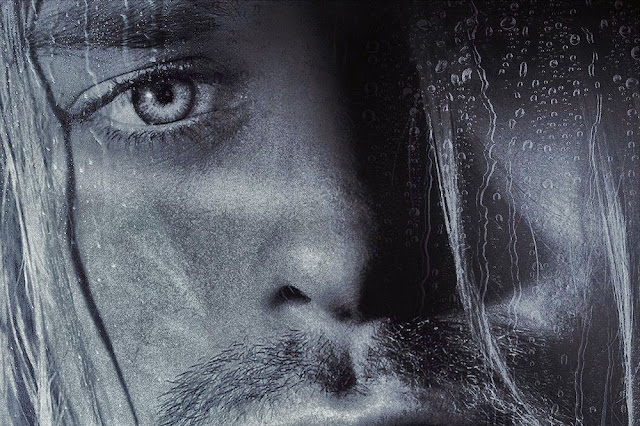 I just got done watching SOAKED IN BLEACH, the half-movie/half-documentary exploring the details of the death of Nirvana front-man Kurt Cobain in early April 1994.

The "official" story states that Kurt Cobain, after injecting himself with a more-than-lethal dose of heroin, put a shotgun to head and pulled the trigger in the greenhouse above his garage.  Conspiracy theorists insist that it was murder.  They're crazy, right?  Well, they might not be.

For years there has been circumstantial evidence that might indicate that the death of Cobain could be a homicide, but never anything really concrete.  Until now.  Private Investigator Tom Grant opens up completely about what he knows about the case and reveals recorded phone calls and conversations between him and Courtney Love, as well as many other involved in the case.  Grant was hired by Love in early April 1994 to help find Cobain after he "went missing".

In the film, Grant is portrayed by Dan Roebuck (as well as actual footage of Grant).  Grant visited the Cobain house multiple times following the disappearance -- and was never made aware of the greenhouse above the garage.  In fact, the film goes as far as to show us that when arriving at the house at night (and while raining), it is nearly impossible to even see the second story of the garage, especially if you're not even looking for it.

Grant goes on to reveal several recordings with Love, who continues to contradict herself and the physical evidence available.  She's adamant that Cobain was suicidal, but nothing really suggests that he is.  That truth is that Love and Cobain were due to be divorced soon and she'd receive a small settlement.  Without Cobain, Love's band Hole might not have ever become anything.  She had plenty of motive for Cobain to be dead -- financially speaking.

I'm not leaning one way or the other, but SOAKED IN BLEACH does a fascinating job of proving conspiracy.  Hard evidence is hard to ignore.  And the fact that this case hasn't officially been re-opened is beyond puzzling.  Love claims to have found a "suicide note" under pillow, yet Grant insists that when he searched the house just a day or so earlier, there was no note.  Anywhere.

And to top it all off, Love's attorney looked into one of Love's backpacks and found several handwriting practice sheets, all depicting Cobain's writing.  Someone was clearly trying to forge something in Cobain's handwriting.  Coincidence?  You be the judge.

In all, SOAKED IN BLEACH is one of the rare true-crime stories that shows you the door, but doesn't force you to walk through it.  I now completely understand why Love didn't want this movie released.  And I'm glad she failed at that.

Whether you're a fan of music, true-crime movie or just a good old-fashioned mystery, then this is most definitely the movie for you.  I highly recommend SOAKED IN BLEACH to anyone.

Now that this case if fresh in my mind again, I may go ahead and check out that other new release regarding the same subject matter, KURT COBAIN: MONTAGE OF HECK.

What were your thoughts on the movie?  The case in general?  Sound off in the comments below!
Courtney Love Kurt Cobain Movies Music Nirvana Reviews Soaked in Bleach