Midnight Society Entry 8: "The Tale of the Nightly Neighbors" (S01E08) 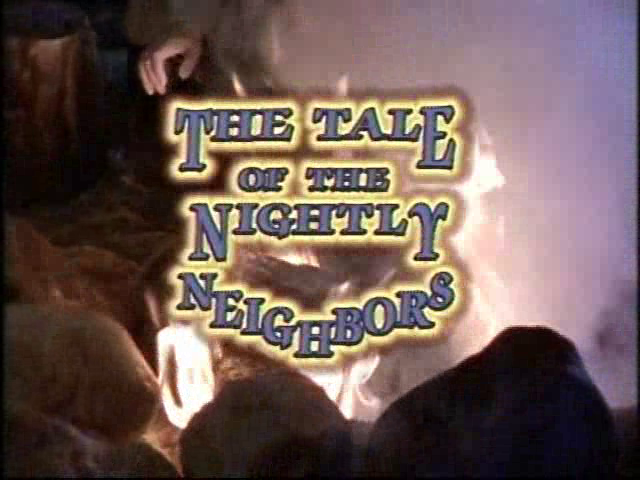 The episode begins with the Midnight Society gathered around the campfire, discussing why they only tell stories at night.  They all agree that stories are just scarier at night.  True terror begins when the night falls.

This tale begins with a young boy, Dayday, sitting on his couch munching on popcorn and watching the 1968 classic NIGHT OF THE LIVING DEAD. 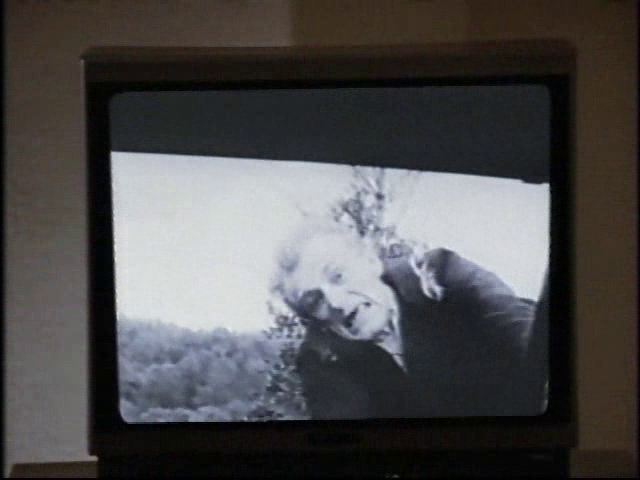 Oh, and this is Dayday, enjoying his popcorn. 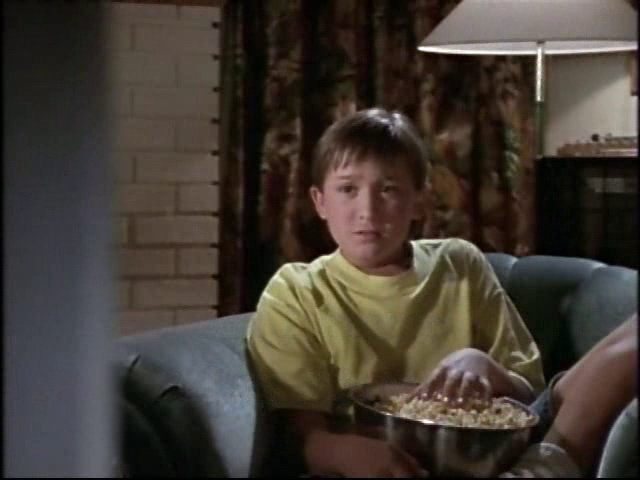 His sister, Emma, sneaks up behind him and his popcorn goes flying everywhere.  Being the mean older sister, she puts the empty bowl on his head, calls him a loser for watching TV all the time and tells him there's a lot going on out in the world. 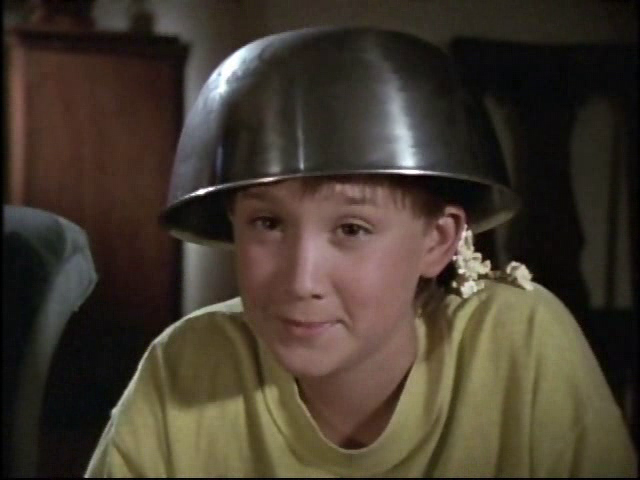 Then, looking out the window, Emma spots new neighbors moving in across the street. 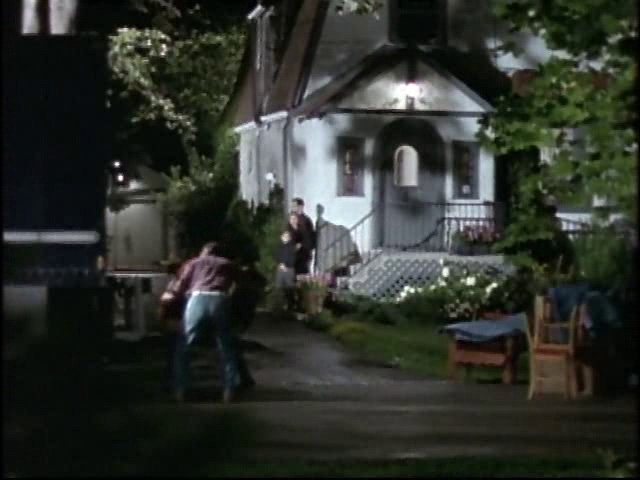 A family dressed in all black in the middle of the night.  "They look cool," says Emma.  Dayday replies, "Maybe they got dressed in the dark."  Wise ass. 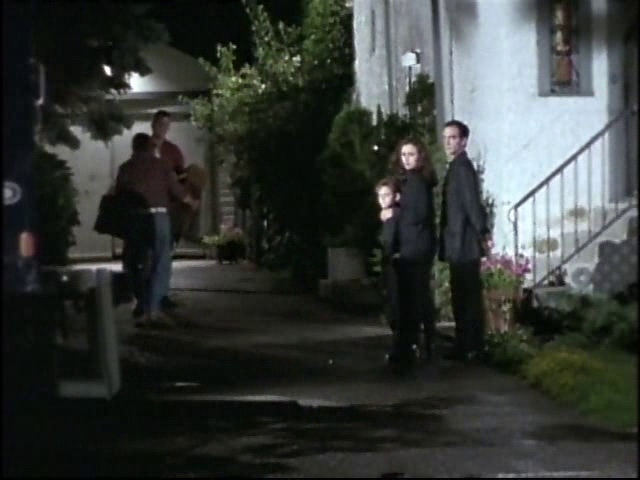 Emma and Dayday get a little spooked when the new neighbors turn and look at them.  But who wouldn't?!

The next day, the two spot a delivery guy hauling two large wooden crates up to the house. 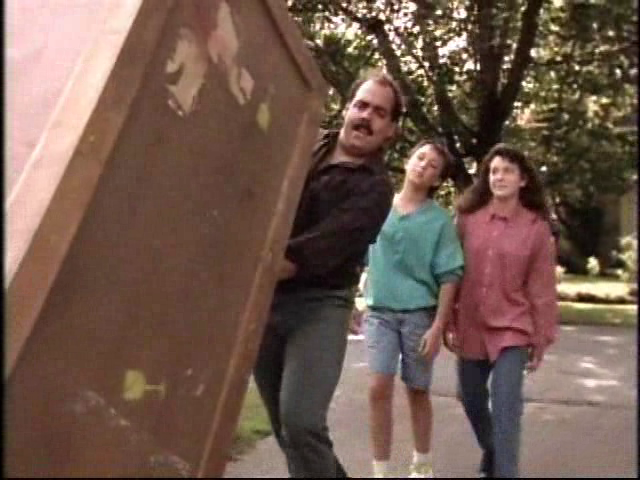 Big enough to hold a coffin, wouldn't you say so?

The delivery man leaves the crates in the driveway since no one answered the door -- and Emma and Dayday find this strange since the neighbors' car is in the garage.

For the next few nights, Emma played close attention to the new neighbors, the Brauns.  She notices that the family is never seen during the day and that the son, Lex, never enrolled in school.

They notice the mailman, Mr. Mitchell, isn't acting normal.  And he has a big bandage on his neck. 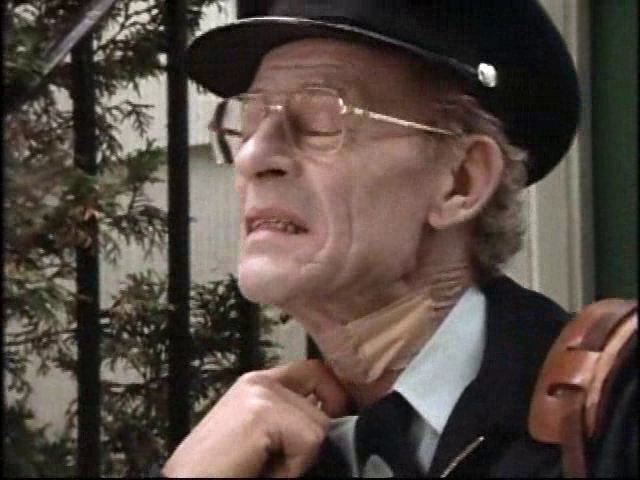 In fact, Emma notices that people all over town are coming down with the "sickness."

Emma even begins to have frightening nightmares. 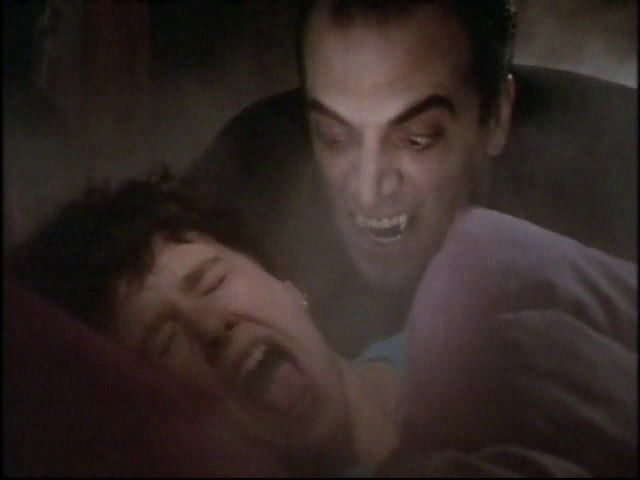 So naturally, she comes to one conclusion... 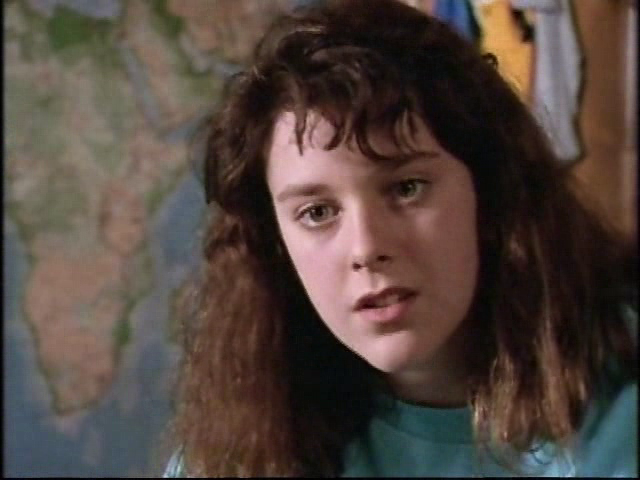 ..."Our neighbors are vampires."

So Emma hatches a plan to sneak into the Braun's basement at night after they've left. 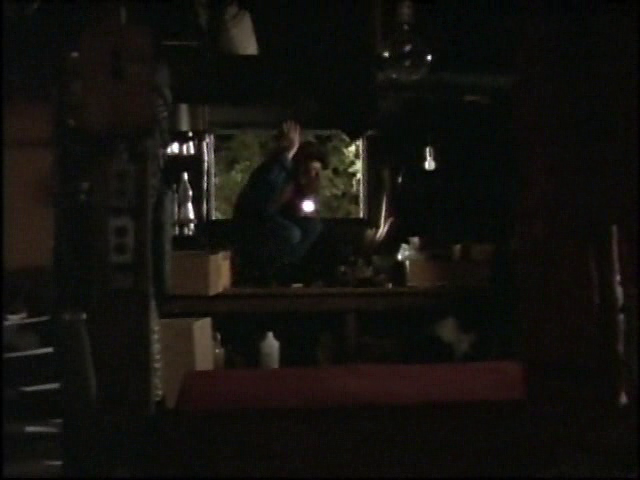 But while Emma is off proving that the Brauns are vamps, Dayday gets a knock at the door. 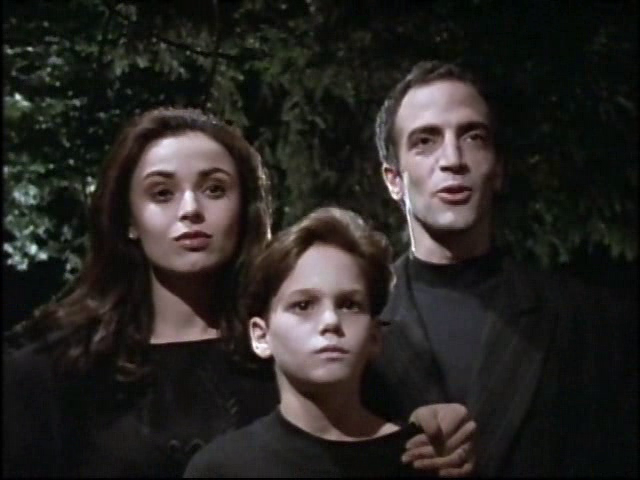 However, the Brauns don't stay long and head back home.  Dayday races over as fast as he can to warn Emma.  Inside in the basement, Emma picks a lock to a refrigerator and sees dozens of bottles of blood.  The two race back home.

Emma hatches a new plan: kill the Brauns after school the next day, before the wake up. Equipped with wooden crosses and stakes, the two enter the Braun's basement...again.  Once inside, the two find arguable the worst hiding spot of all time. 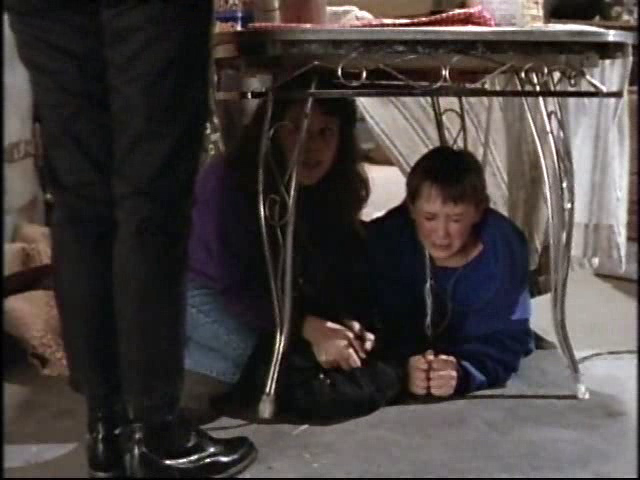 How they're not spotted, I'll never know.  Again, the two panic and leave.

But they run into Mr. and Mrs. Braun outside... 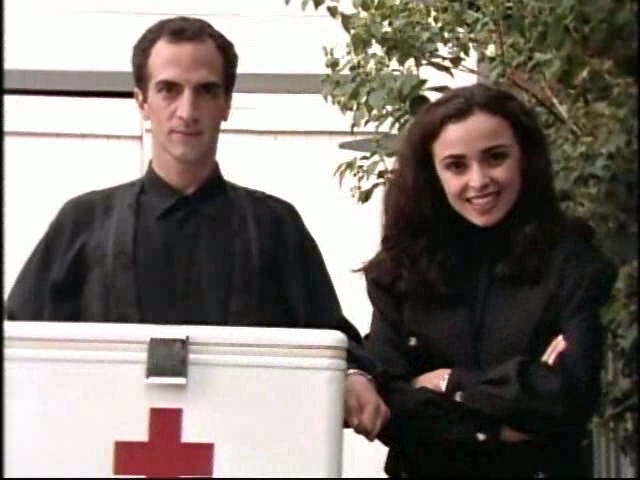 This further convinces the two that the Brauns aren't vampires after all.  Just hospital workers.

So Emma and Dayday go home.  The Brauns go back into the basement and we learn that their son, Lex, is their master.  The true vampire. 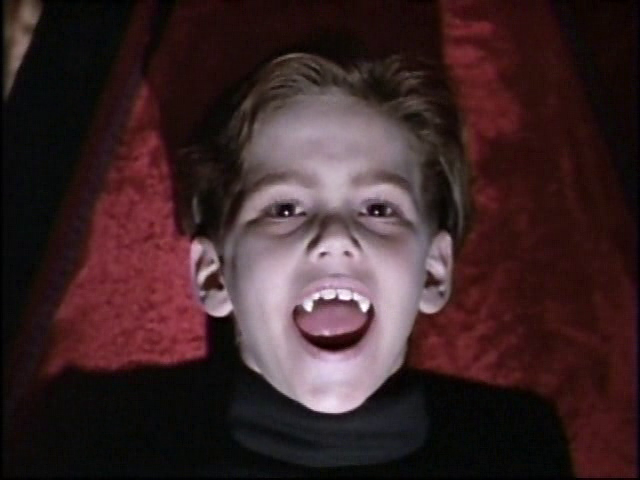 The episode ends ominously.  No "happy ending."  Which is cool, I guess.

Next episode: S01E09 -- "The Tale of the Sorcerer's Apprentice"
Are You Afraid of the Dark? Midnight Society Nickelodeon Snick TV