Midnight Society Entry 9: "The Tale of the Sorcerer's Apprentice" (S01E09) 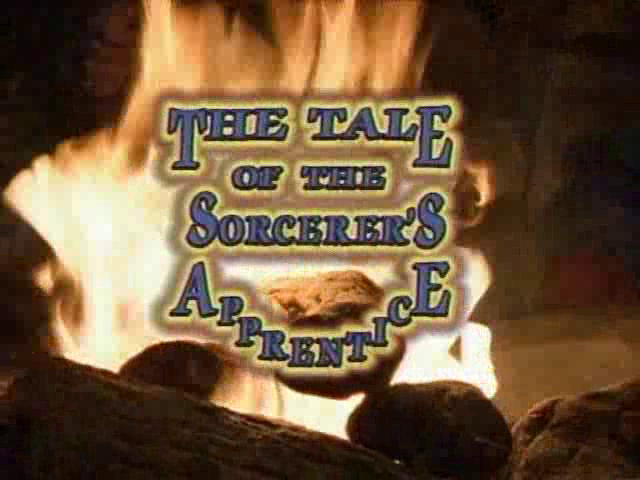 The episode starts off with the Midnight Society searching the woods and stumbling upon on an old grave in the middle of the woods --  and suddenly, a plastic skeleton pops out of the dirt, scaring most of the gang.  It was Frank and Kiki playing a prank on everyone.

The tale kicks off in 1966 at Linden High.  An unknown figure lurks in the shadows the school's basement at night -- and lowers a basket with some sort of stone in it down into a well. 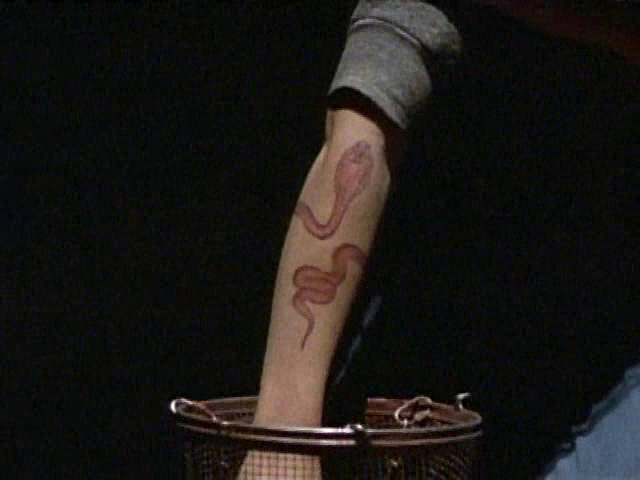 I have a feeling that snake tattoo will come into play later.

The person flees the scene afterwards, once officials with flashlights descend.

We meet Dean Berkham, a loner. 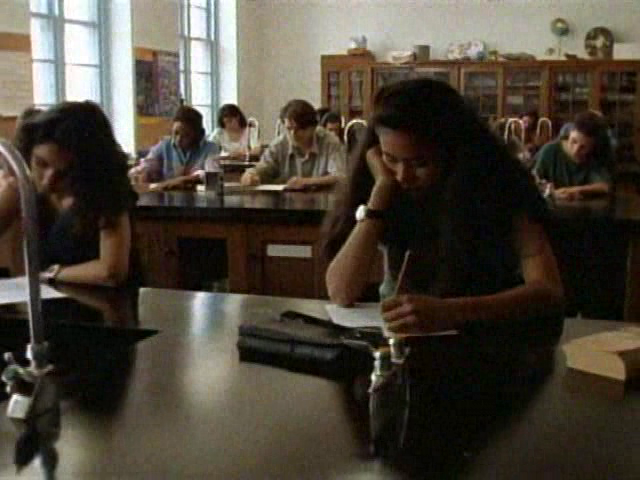 He also appears to be a slow test-taker. 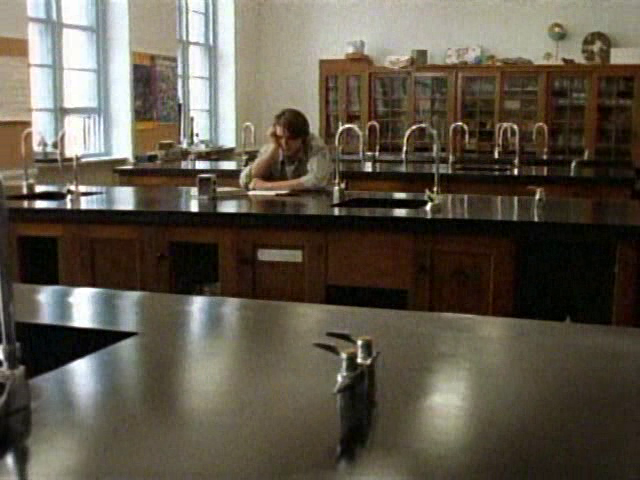 The teacher, Ms. Crenshaw, even tells him that he's "sinking to perdition."  Whatever that means. 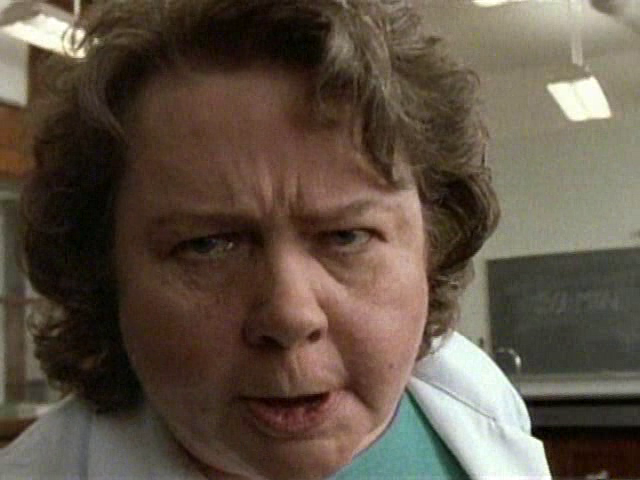 Dean's only friend is Alix.  They're complete opposites. 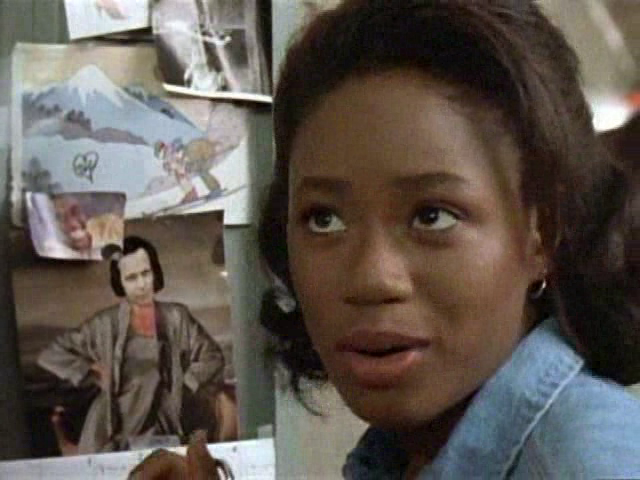 He tells her about the test he just bombed and how he studied real hard for it.  And she just assures him that she's sure his luck is going to change. 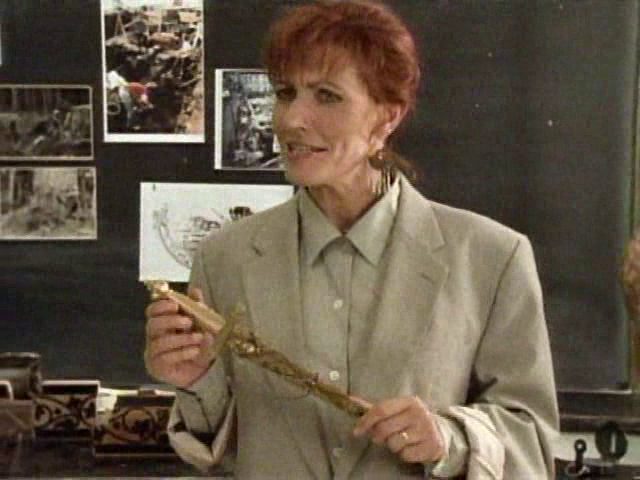 In World Cultures class, there was a special guest, archaeologist Dr. Oliver.   She shows the class some ancient artifacts and tells them how salt was used to ward off evil. 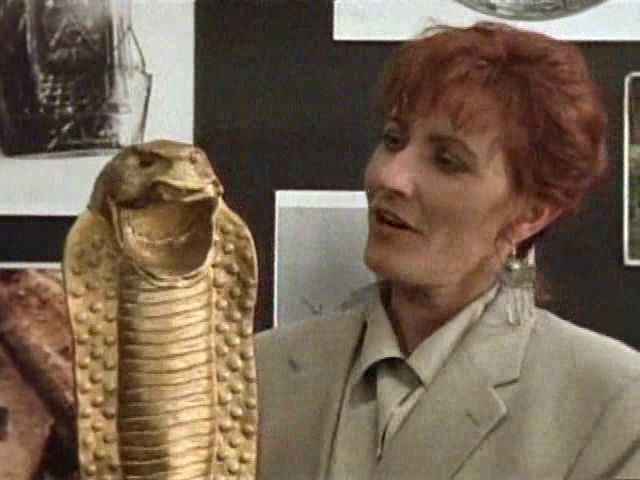 She shows the class a scepter that once belonged to an evil sorcerer.  Dean has a weird reaction to seeing the piece.

Dr. Oliver explains to the class that whoever followed the sorcerer was lead to great riches. 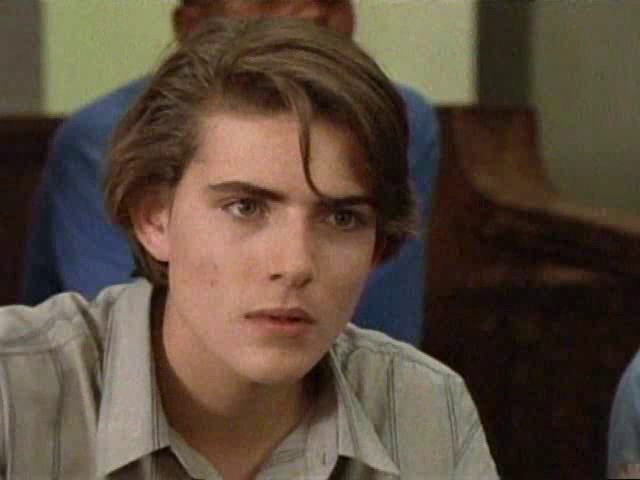 And then, of course, she looks to the class and says, "We don't believe in such silly things today, do we?"  And we notice the scepter is missing the ball that goes in the snake's mouth. 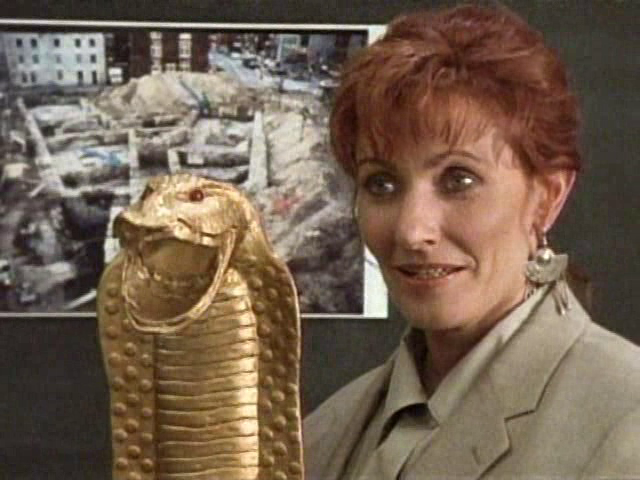 After class, Dean talks to Dr. Oliver about the artifacts.  She tells him that they've become her passion -- unlocking secrets to ancient civilizations. 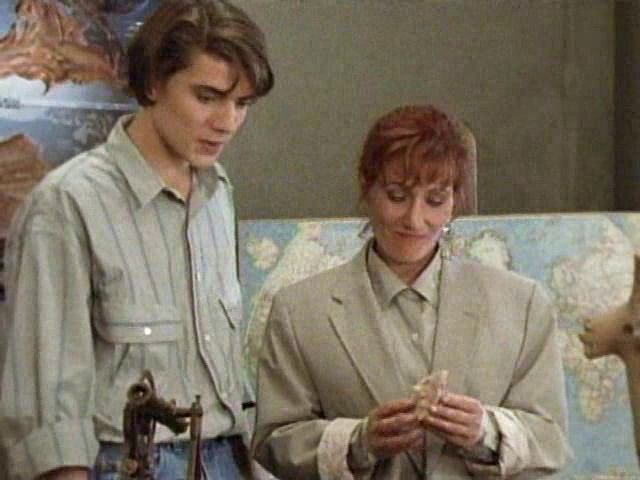 Dean picks up the scepter and is instantly transfixed by it. 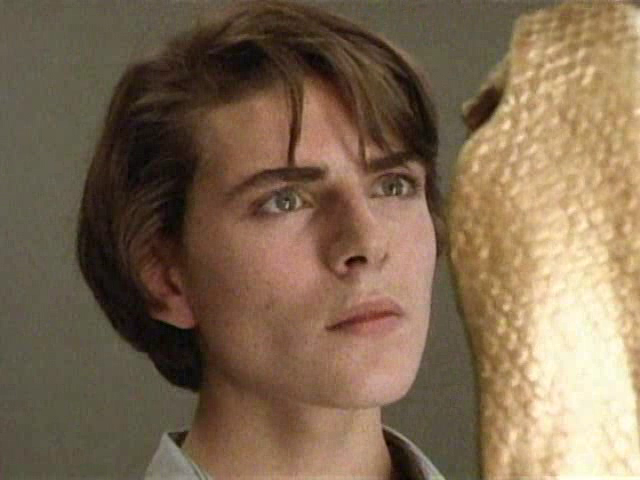 Afterwards, in a trance, Dean ventures down into the school's basement and retrieves the basket from the well that was put there in 1966. 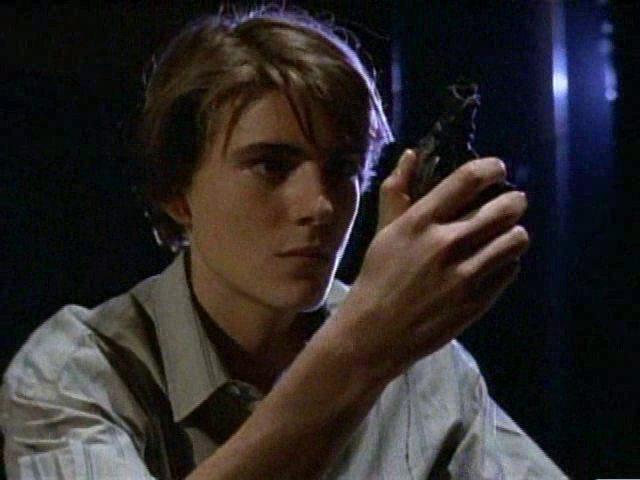 The next day at school, something is different with Dean.  There's something off about him.

In Ms. Crenshaw's class, the students are handed another test to take.  Dean gets up and brings his blank test back to the teacher.  "Is this some sort of joke?" she asks.  But Dean stares at her and asks what the problem is.  Suddenly, Ms. Crenshaw's demeanor changes and she becomes frightened. 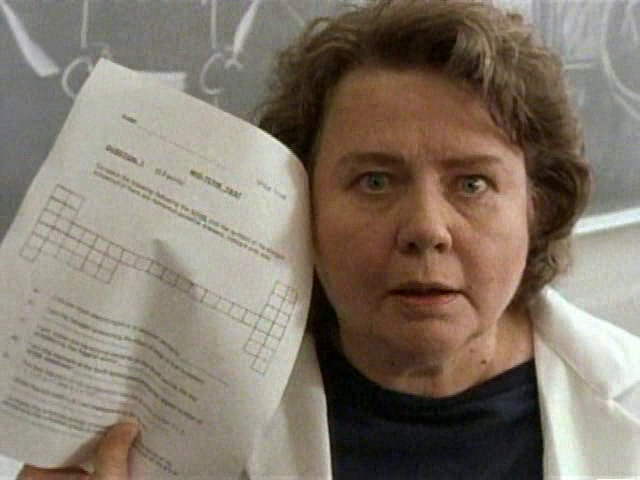 Alix notices this and is confused.

And when Ms. Crenshaw sets the test down to write "A+" on it, we notice that the test has magically filled itself in. 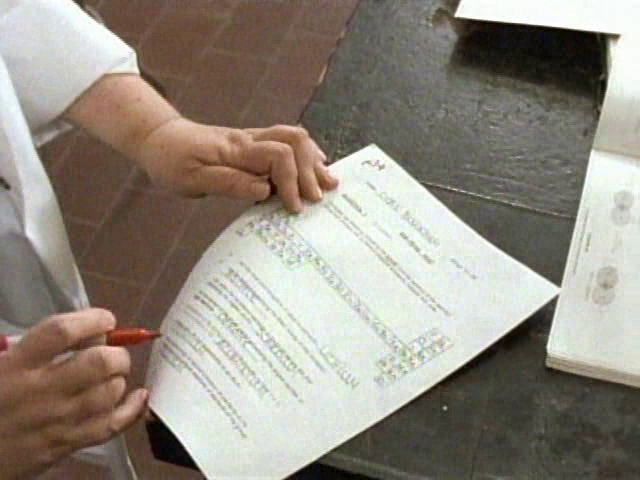 I guess Alix was right -- Dean's luck did change.

She tracks him down and asks him about the test.  He gets angry and tells her he's going to prove to everyone that he's not the loser that people think he is.

Alix even catches him stealing chemicals from chemistry class. 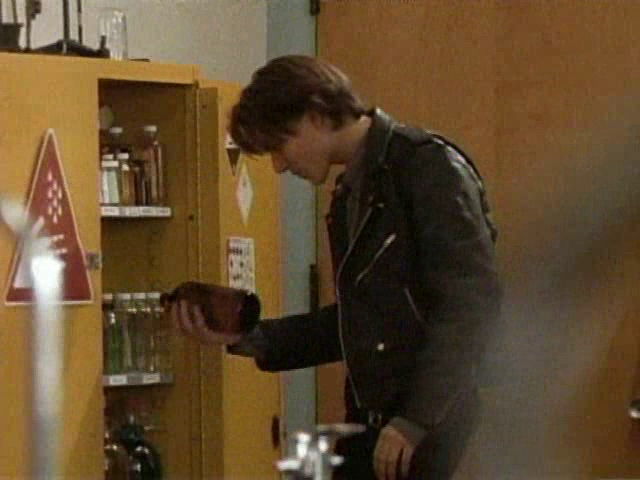 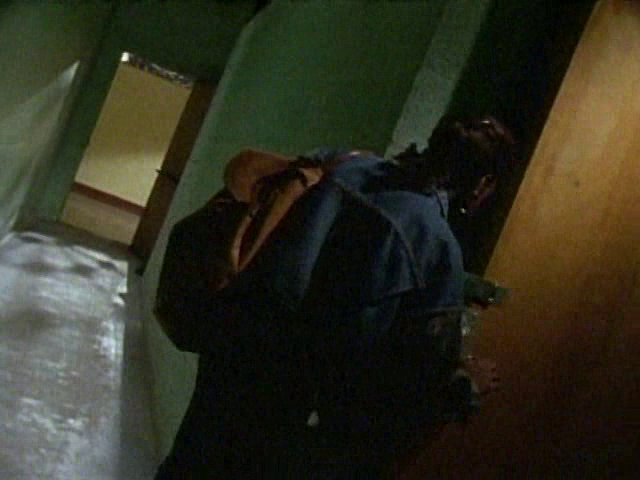 She follows him to the basement... 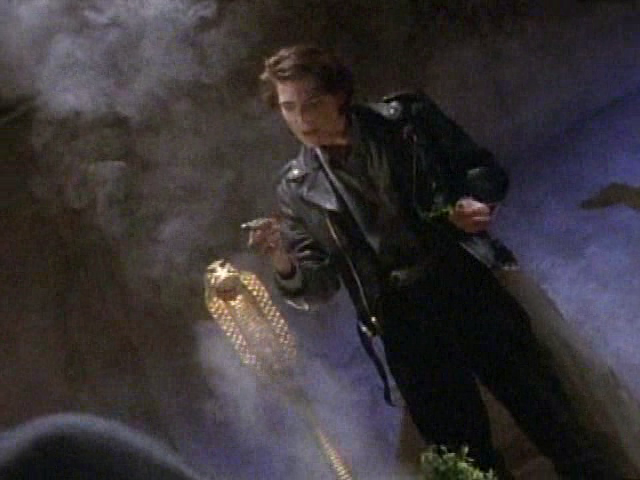 ...and witnesses him performing some sort of ritual -- a ritual to bring Goth, the sorcerer, back!

But Alix makes a noise while hiding in the shadows and Dean sends his followers after her.  She manages to elude them and heads back to where Dean is. 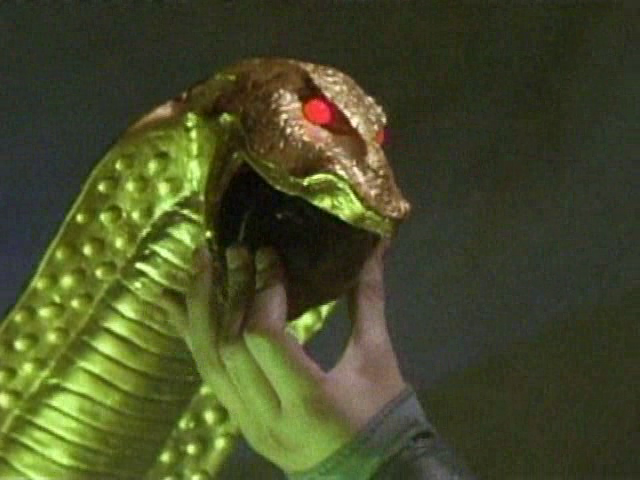 Dean's puts the ball back into the scepter's mouth.  Side note: its eyes began glowing before the ball was returned. 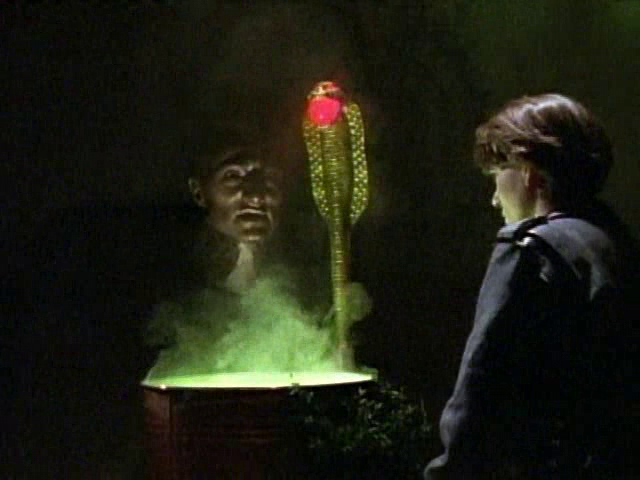 Goth tells Dean to get the cauldron ready for his arrival.  He tells Dean he will have whatever he wishes and that universe will be Goth's. 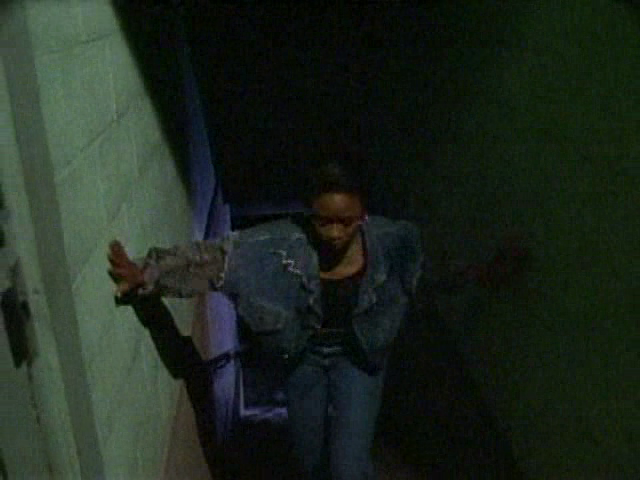 Now Alix must be the clumsiest person alive, because she knocks something else over this time and Goth and Dean turn to her -- and Goth tells Dean to get her. 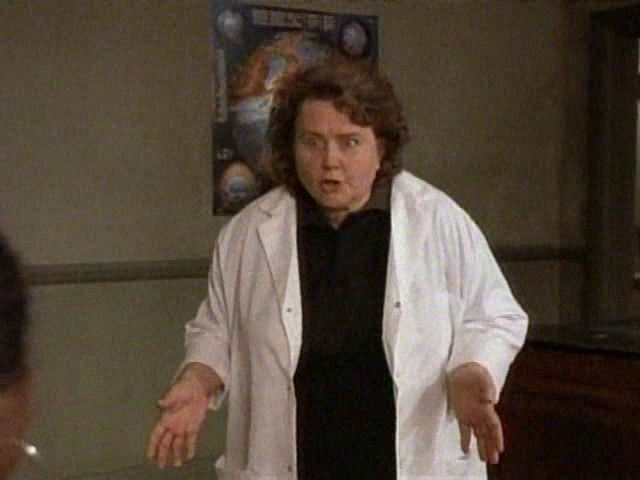 Alix makes her way to Ms. Crenshaw's class, looking for Dr. Oliver.  But she's gone.  Instead, she finds Ms. Crenshaw -- who is under Dean's spell and tries to get Alix to "join them."

Alix runs off against.  She finds herself in the auditorium and is confronted by Dean.  He decides to let her go, since she's his best friend. 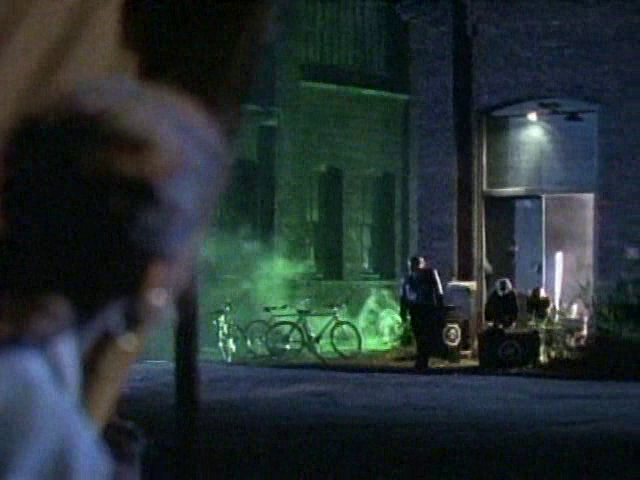 Now Alix must not be the brightest, because she follows Dean and his minions again...this time tracking them to an alley where it appears they are attempting to resurrect Goth.  But instead, they take Alix back to the school. 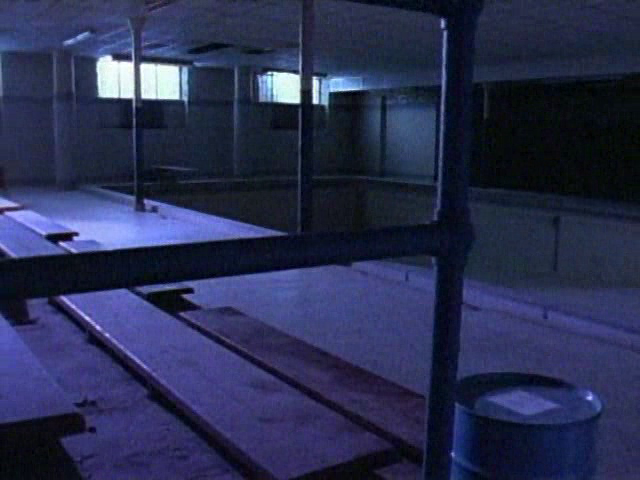 He takes Alix to a part of the school that's been closed off since 1966.  It's where they found the mysterious girl from the beginning.  Side note: I love abandoned school settings -- ever since I watched HELLO MARY LOU: PROM NIGHT II and discovered my high school had an area like this.

The abandoned area in question here is the site of the school's old pool. 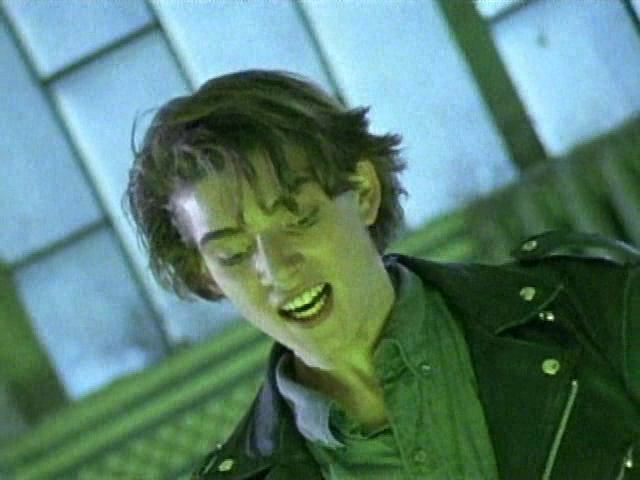 Dean's minions pour the acid into the pool and he adds the night shade (belladonna leaves).  Alix threatens to smash the scepter but Dean tells her it's too late -- he's far too powerful now. 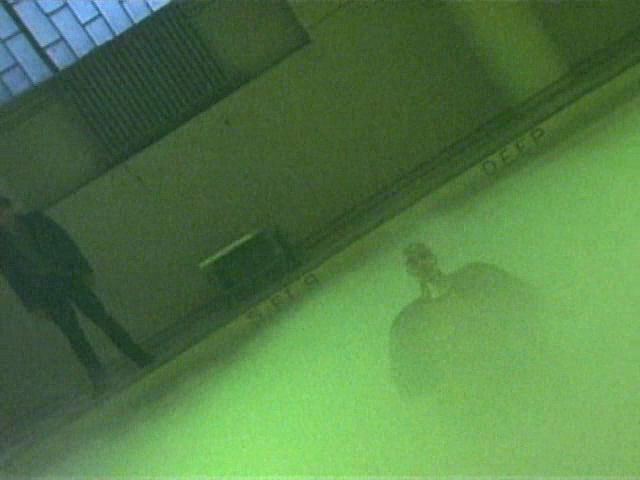 Goth begins to ascend from the mystic vapors. 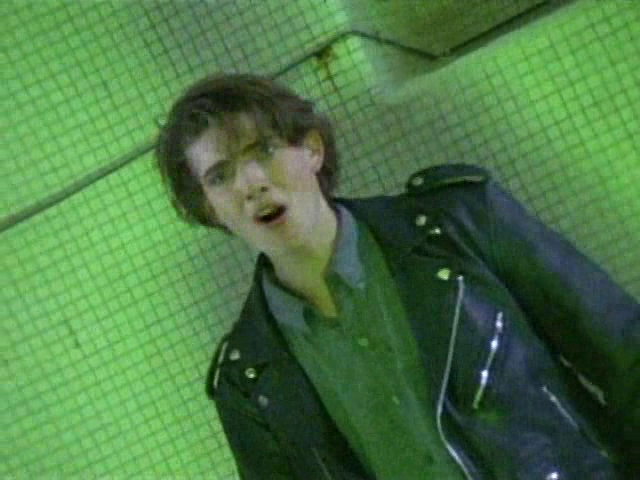 Alix throws the ball from the scepter at Goth and Dean snaps out of his trance.  He tells Alix to pour the chlorine into the pool.  She does. 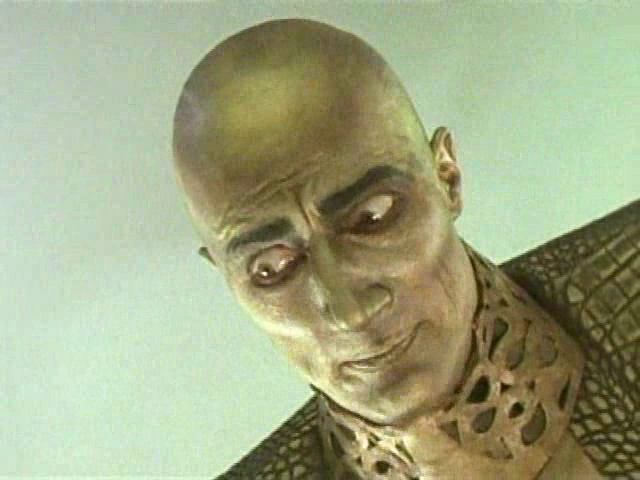 Suddenly, Goth falls back into the vapors and disappears. 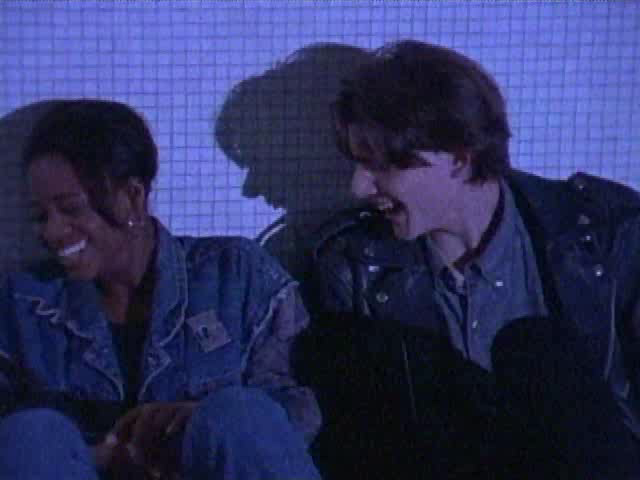 And, once again, everything goes back to normal. 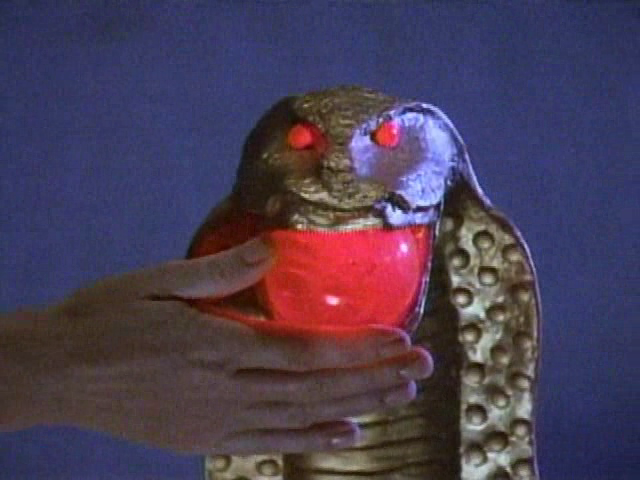 And lastly, before the tale ends, we learn that Dr. Oliver is the mysterious girl from the beginning with the snake tattoo.

Next episode: S01E10 -- "The Tale of Jake and the Leprechaun"
Are You Afraid of the Dark? Midnight Society Nickelodeon Snick TV