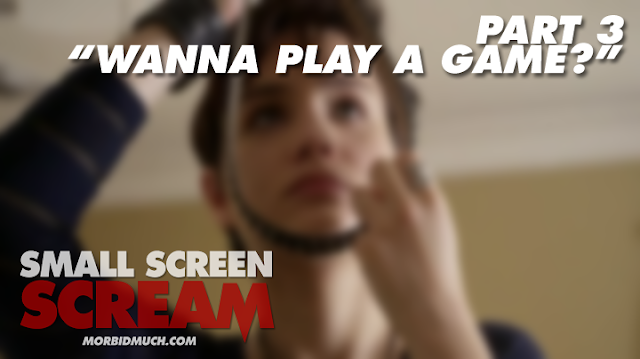 Okay, episode two was really more of the same that we got in the first episode, but episode three packs a little more punch.  We're finally learning some of the secrets that the town of Lakewood is hiding.  Let's dive in...

The episode begins with a flashback sequence to Halloween night 1994 and we see Brandon James' first two murders -- a couple in an isolated area. 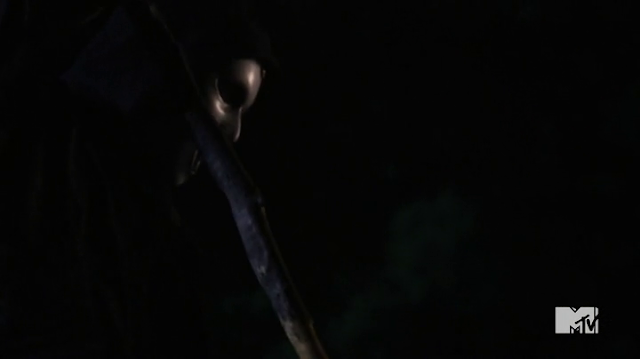 Back to the present, Maggie and Sheriff Hudson pretty much confirm that Rachel was murdered last episode.  Definitely not suicide -- and Emma overhears the conversation. 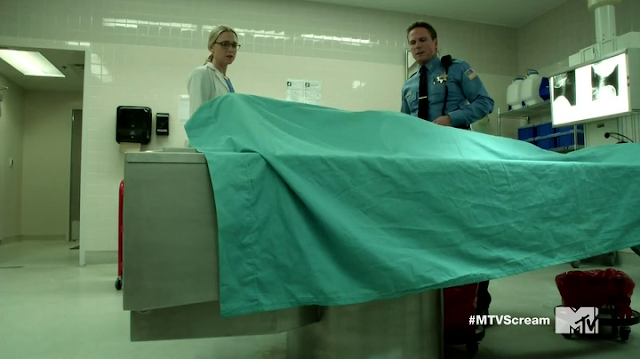 After Emma overhears all of this, she's coincidentally sent a direct message from the killer. 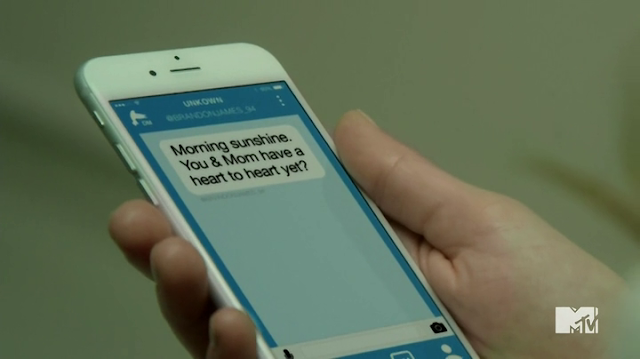 And as for secrets involving the other cast members -- we're finally somewhat introduced to what Jake and Will have been up.  Jake goes to the woods to retrieve a box of money but discovers it's empty. 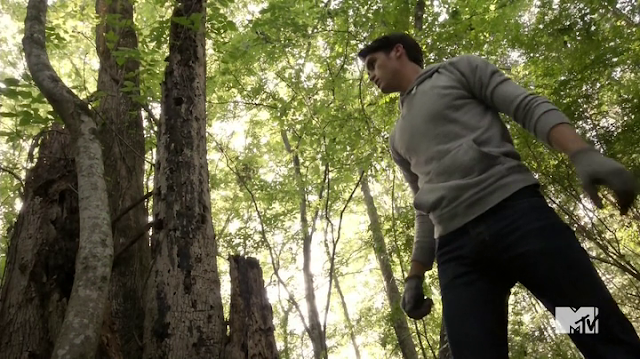 Later, at Rachel's Wake, it appears that Audrey might be contemplating suicide.  And when Emma enters the room to stop her, we learn that she's just testing it.  Even she doesn't believe that Rachel killed herself -- and Emma confirms it moments later, telling her what she overheard. 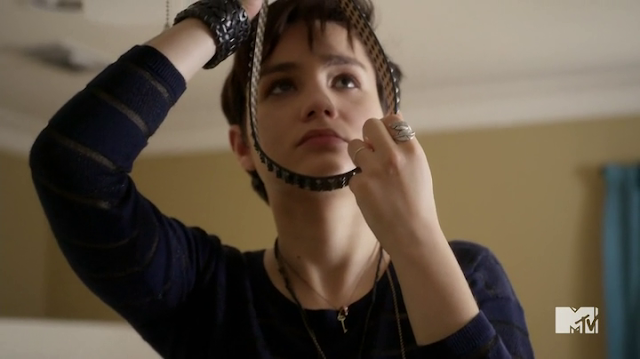 And with the advice from Audrey, Emma messages the killer back. 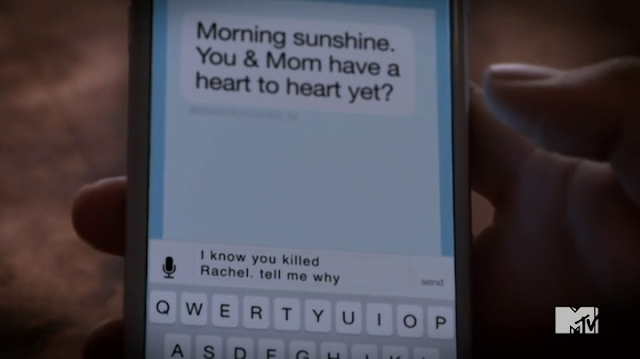 And when it appears that the relationship between Will and Emma might be starting to heal, Kieran is obviously overcome with jealously. And I'll throw this in for kicks.  During class, the students are paired up and Audrey is paired with Jake.  Her response: "If you pick the pool scene from WILD THINGS, I will end you."  Hilarious. 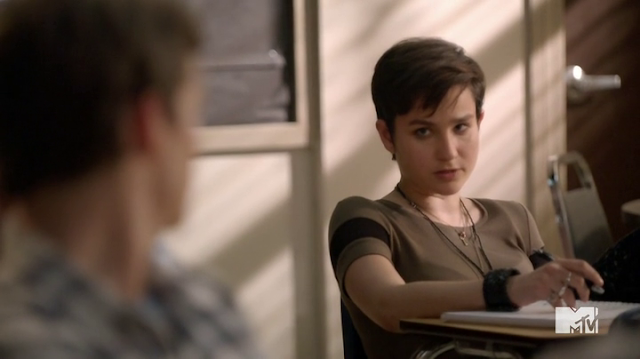 Also appears that the relationship between Noah and Riley is beginning to blossom. 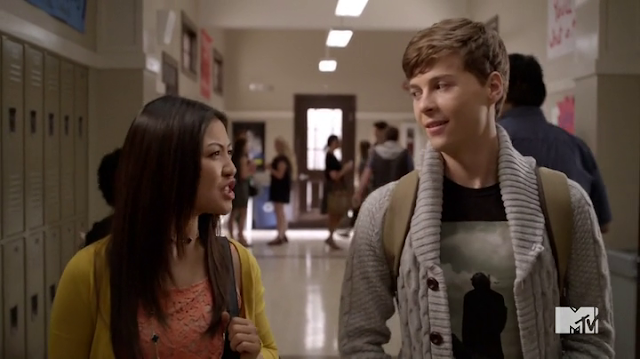 Later, while Emma and Kieran are looking over some of the old Brandon James case files, we finally get a good, clear look at Brandon James. 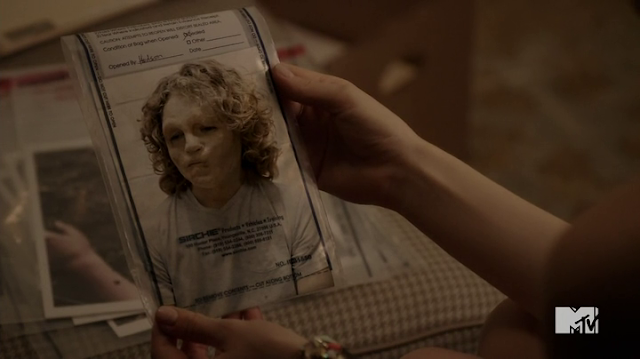 As an interesting subplot, Brooke starts to question whether she's the only girl in Mr. B's life -- thanks to a little persuasion from Jake. 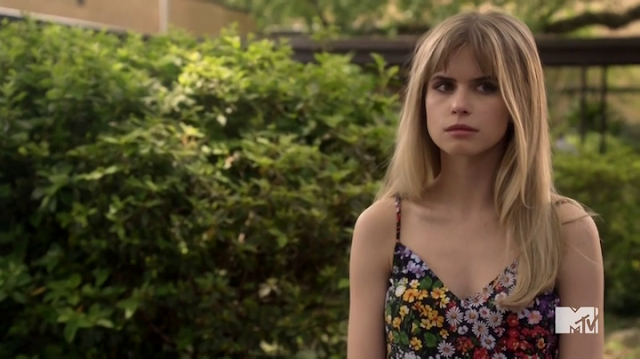 Noah takes Riley to his work, after hours, and woo's her. 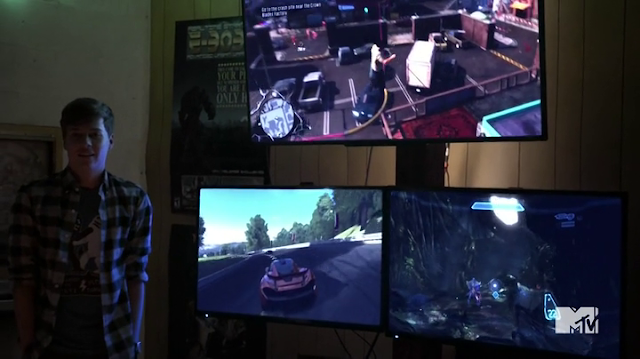 And that leads to this... 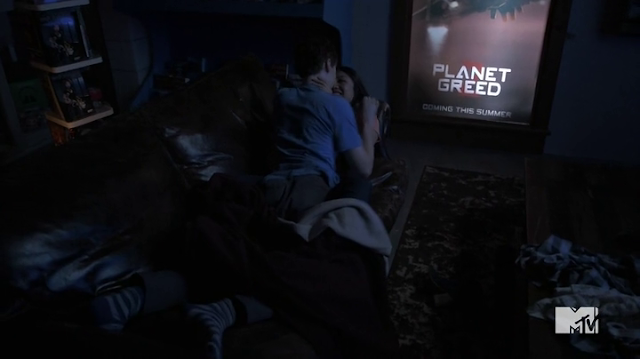 ...which is unfortunately cut short because Riley receives an urgent text message from Tyler.  Yes, the Tyler who was decapitated in the first episode. 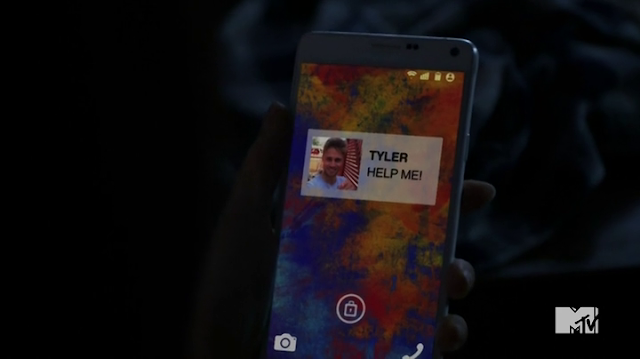 Also, Will and Jake have a rendezvous in the woods to discuss the missing money and Tyler.  Things get a little heated but ends in peace.  Nevertheless, Will came prepared in case things went south. 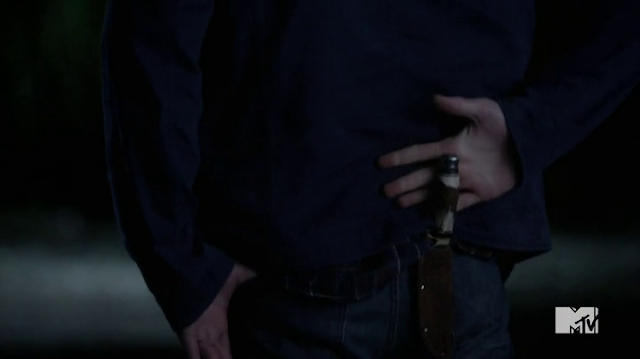 Brooke also receives a mysterious text message, but she believes it's from Mr. B...wanting to meet up. 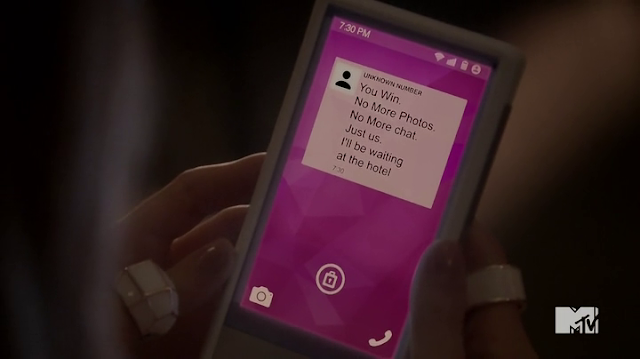 The cops get involved when Riley tries to meet up with Tyler (he's still considered a suspect).  They send a decoy.  And so does the killer.  A random guy shows up with a note. 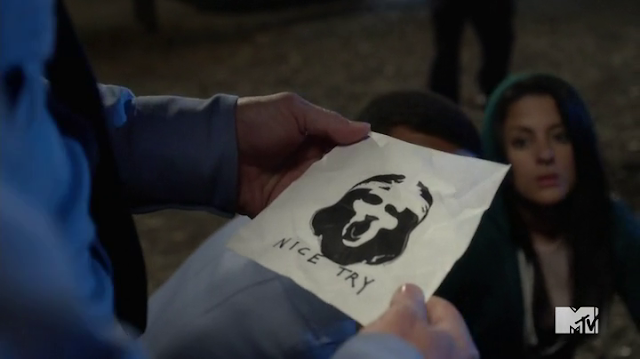 What happens next is a back-and-forth between Emma and the killer. 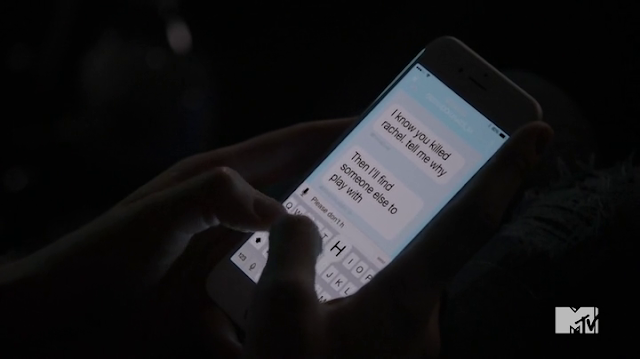 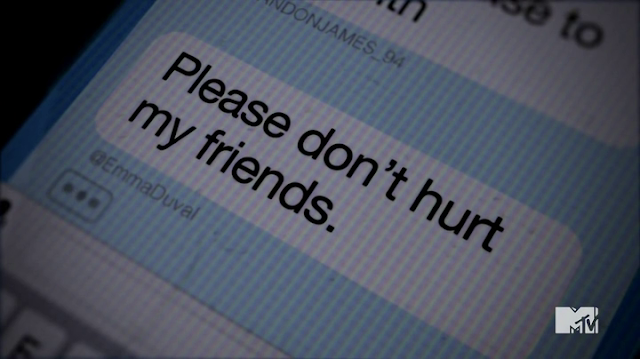 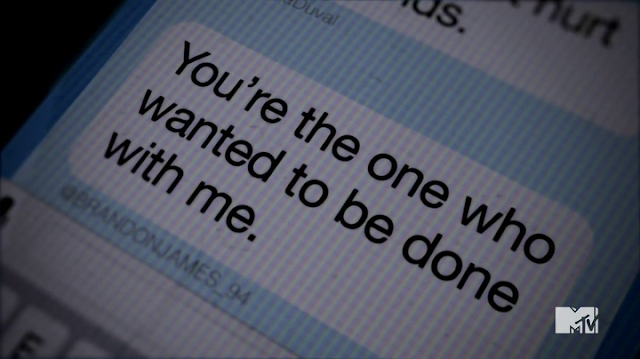 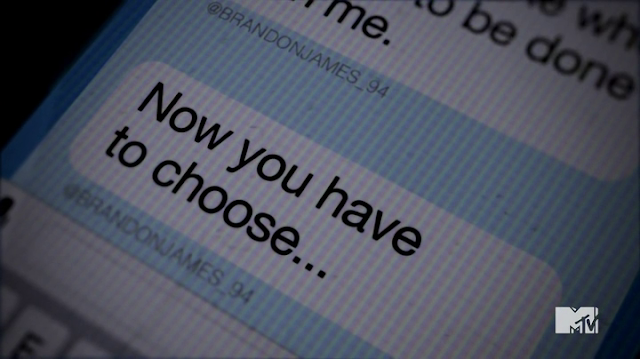 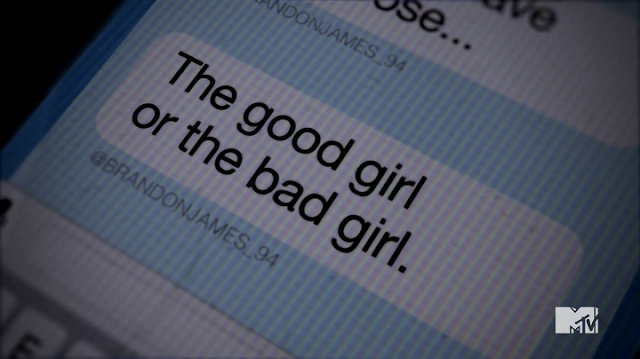 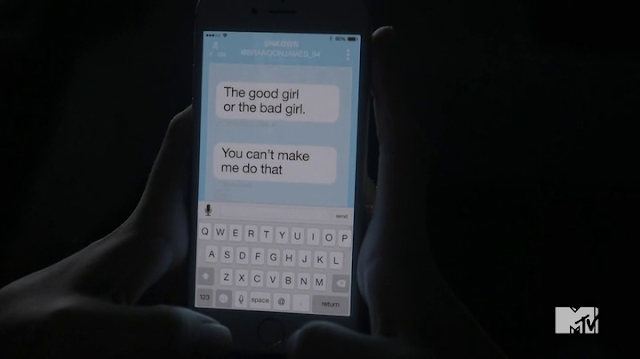 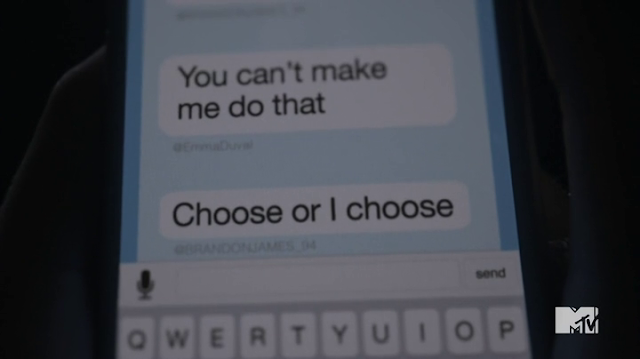 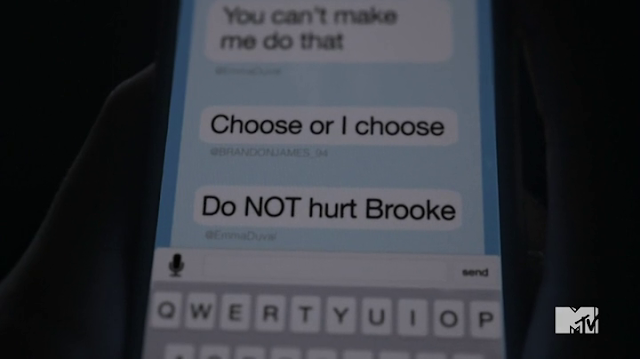 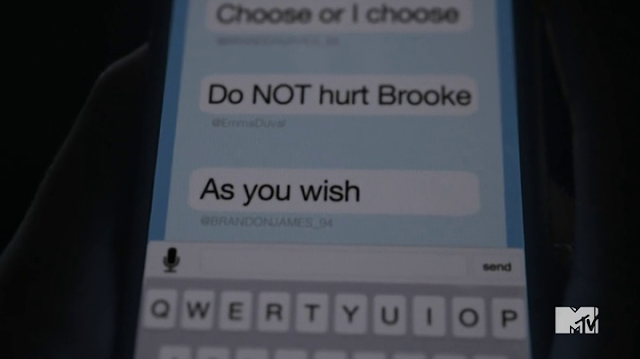 The killer complies -- and targets Riley instead. 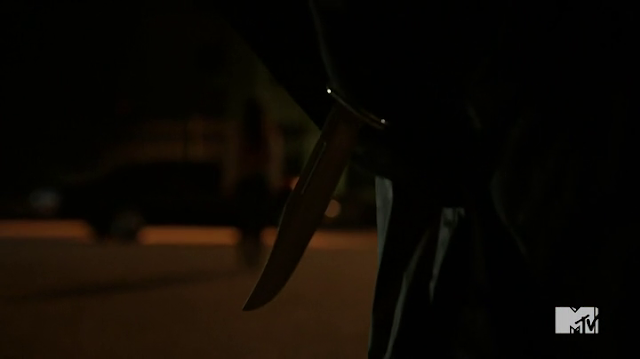 Hands-down the best stalk sequence the show has had so far! Unfortunately, Riley is tracked down and killed.  All the while on a video call with Noah.  This one hurt.

The episode ended with a bang.