Awhile back, actress/singer Tuesday Knight, known to horror fans as Kristen in A NIGHTMARE ON ELM STREET 4: THE DREAM MASTER, offered up a deluxe edition of the hit single "Nightmare."  That's been a few months ago.  And I had completely forgot that I had even ordered it until it arrived yesterday.  So, needless to say, I jammed out to it on my way to and from work yesterday (and a little bit today!).

Let me just say that having this maxi-single is a real treat -- it's easily the best thing to come out of the NIGHTMARE franchise since the 1980s. 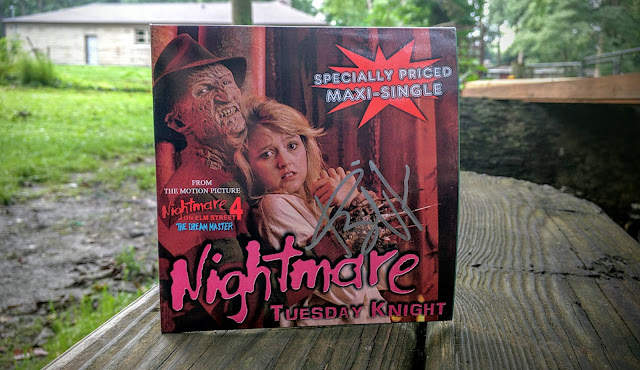 Just look at the cover art alone.  Phenomenal and totally nostalgic -- a throwback to when horror thrived, Freddy, in particular.

And though Tuesday Knight had a tall task of replacing Patricia Arquette as Kristen, Knight did something no other NIGHTMARE star has done...and that's give us one helluva main titles/theme song for the movie.  I'd even rank this song up there with Dokken's "Dream Warriors" (which was used in ANOES 3: DREAM WARRIORS). 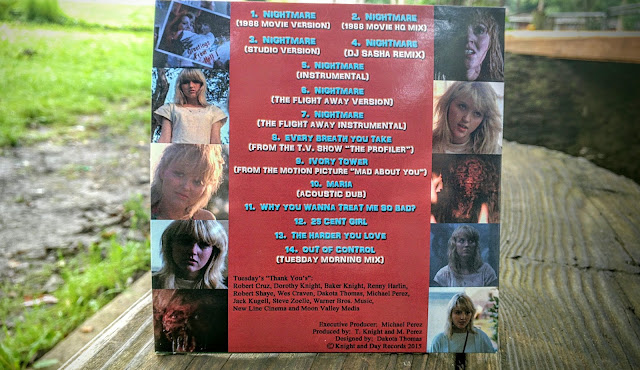 And as you can see, we're given seven different variations of "Nightmare," but we're also treated to a few other gems ("Maria" being one of my faves.).

Now, this is special maxi-single was a limited run only, but if you check, there may be a couple left.  You can order one by visiting Tuesday's official website here.

If you were lucky enough to snag one, I hope you enjoy it as much as I do.  And I just want to give Tuesday a great big "THANK YOU" from all of us NIGHTMARE fans!