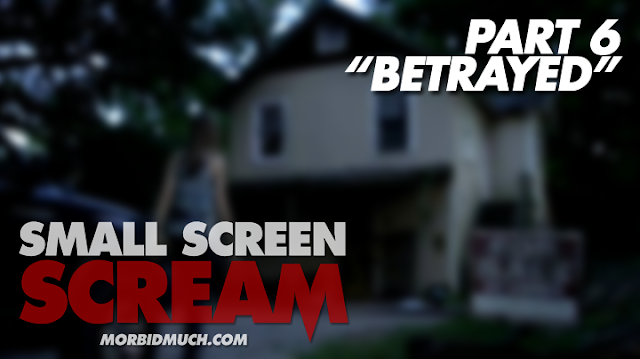 Last week's episode left with a semi-cliffhanger, seeing the video of Brooke's dad dragging a body from the trunk of his car -- the day after his wife left town.  A little too suspicious.  But I suppose there could always be some sort of "explanation" for it.  And Emma has tracked down the childhood home of Brandon James, which she looks to explore this week.

The episode begins where it ended last week, with Emma and Kieran in the field.  Emma tells Kieran that she wants to face her fears and go to Brandon James' house.  So they go. 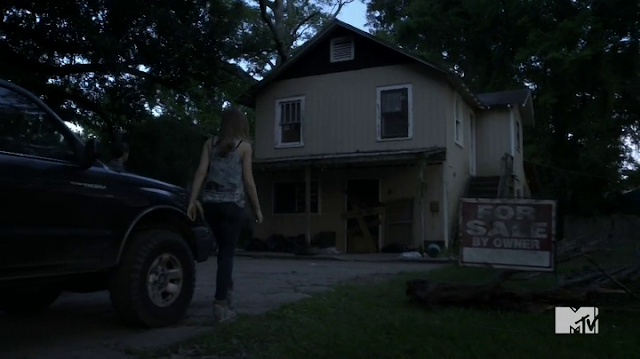 Once inside the house, Emma notices a freshly picked daisy sitting in a glass vase.  And in another room, the original newspaper article from the '94 massacre. 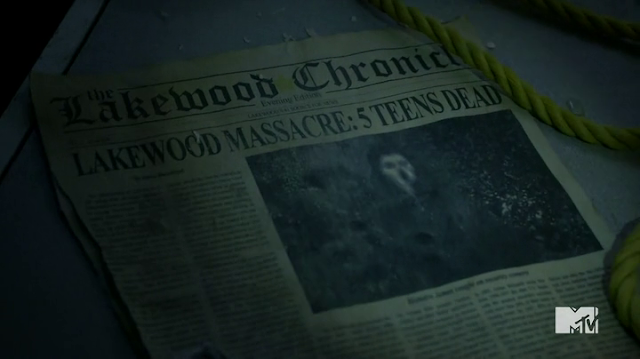 And while Emma stares at the newspaper, she turns to see that Kieran has disappeared.  Her phone rings.  It's the killer.

Emma runs through the house and straight into a knife!  It cuts her deep and she falls to the ground. 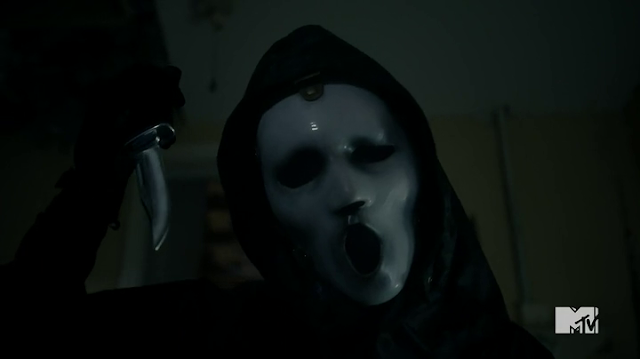 The killer stands over Emma as she bleeds out.  But I can't help but notice that the knife is clean of any blood -- c'mon MTV! 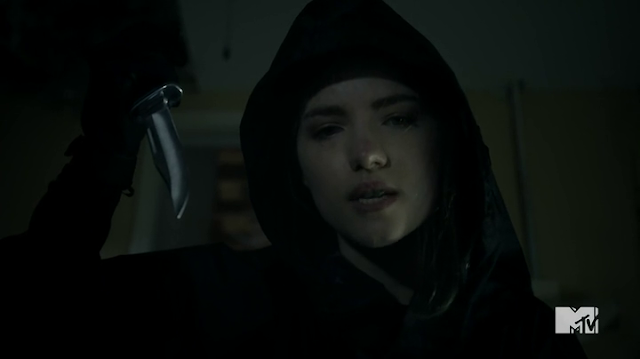 The killer removes their mask to reveal...Emma?!

"It ends with you," killer Emma says, before slamming the knife back into victim Emma.

She wakes up.  It was a dream.  And an effective one, at that. 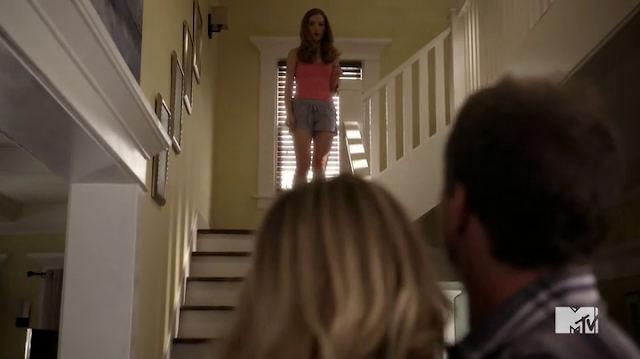 Emma races to the landing on the stairs only to interrupt her mom and Sheriff Hudson making out. 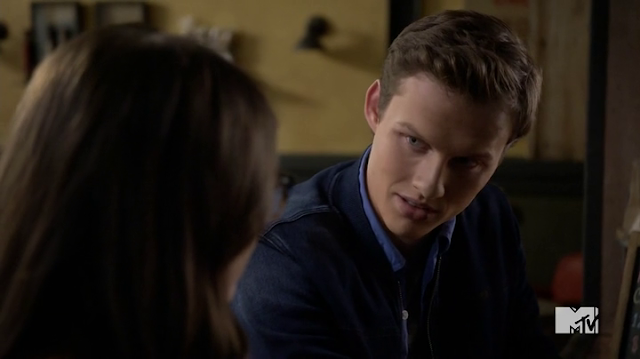 Later, Will runs into Piper at the coffee, in hopes of running into Emma.  Piper offers to help Will "redeem" himself by inviting him onto her podcast to help set the truth straight.  It's got a little Gale Weathers/Cotton Weary vibe to it.  Will tells her that he's got a story she'll never see coming. 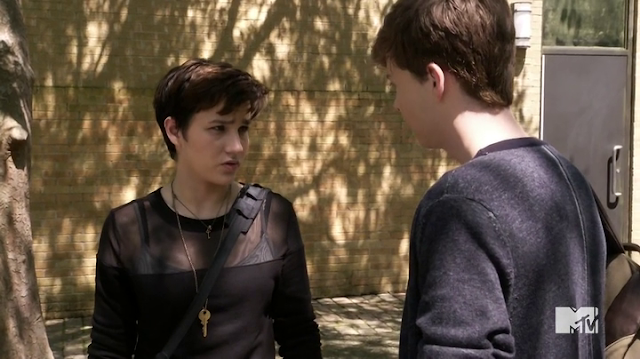 At school, Audrey and Noah discuss Mr. Branson's past.  Noah did a search and concludes that Mr. B. didn't even exist until he moved to Lakewood.  "You don't change your name unless you got something to hide," Noah remarks. 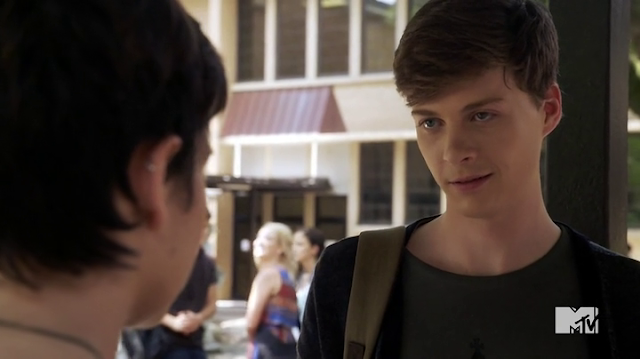 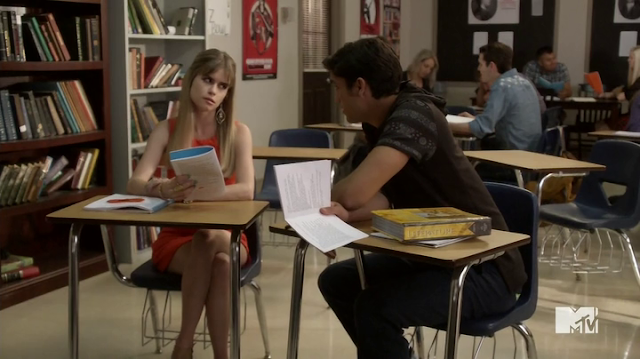 In Language Arts class, Jake continues to throw Will under the bus, reminding Brooke that Will is blackmailing her father, while she's more concerned with the body she saw her father drag from his trunk. 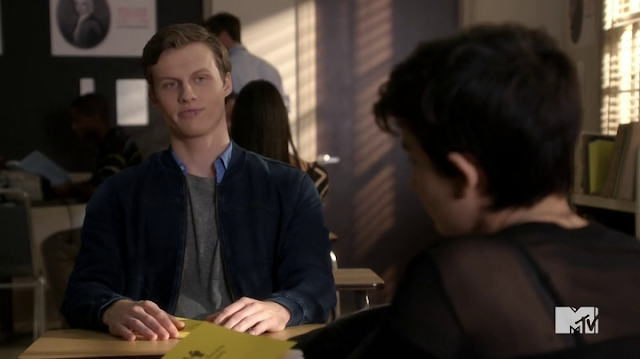 Meanwhile, in that same class, Audrey and Will start talking again.  Mostly because they're partnered up, but still.  "The beginning of a beautiful mutual tolerance" as Noah puts it. 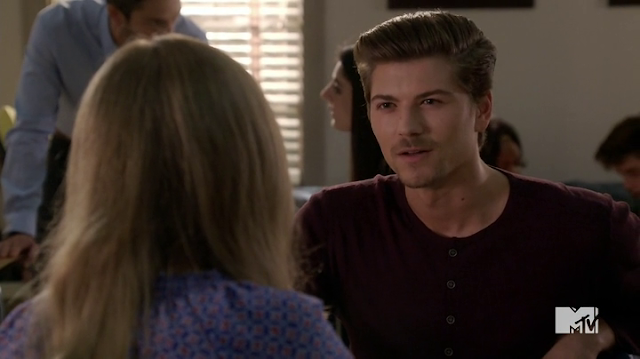 Also, in the same class, Emma tells Kieran that she witnessed his father doing the walk of shame this morning.  Kieran comments, "Did you guys make like some weird mother-daughter sex bet?" 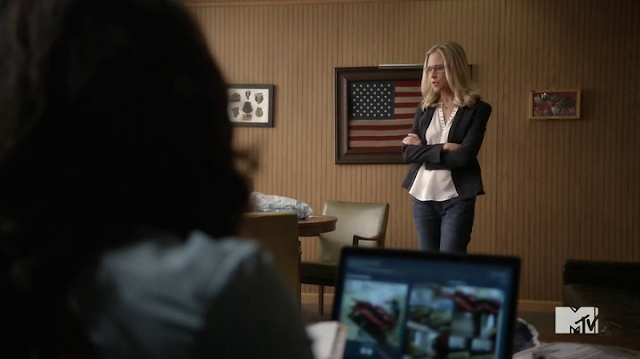 Later, at the police station, Maggie is being questioned about missed evidence by Brock.  Brock asks her why it took so long rule Rachel's death a homicide and Maggie explains that it was presented as a suicide. 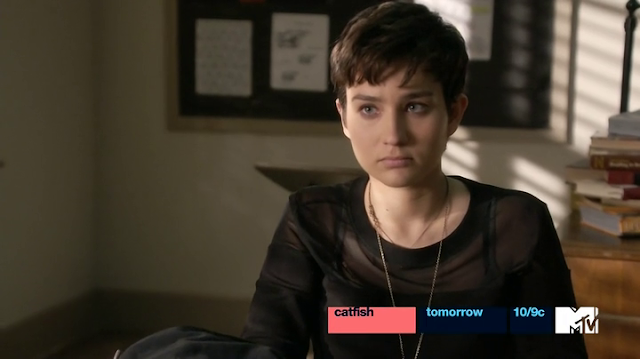 Audrey is called in for questioning.  Her DNA was found on the inside of one of the Brandon James masks. 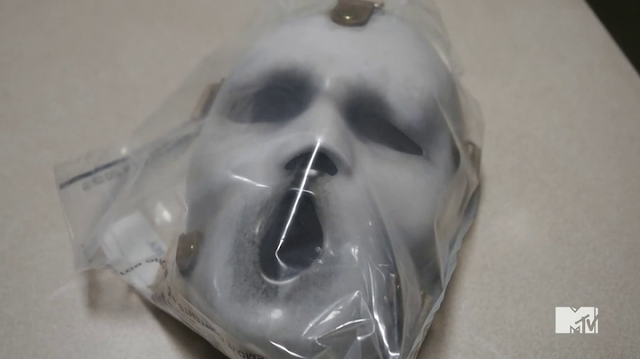 Also, Brooke finally confronts Will about blackmailing her father.  He tries to explain that Jake was involved as well, but she doesn't want to hear it.  She tells him to make things right. 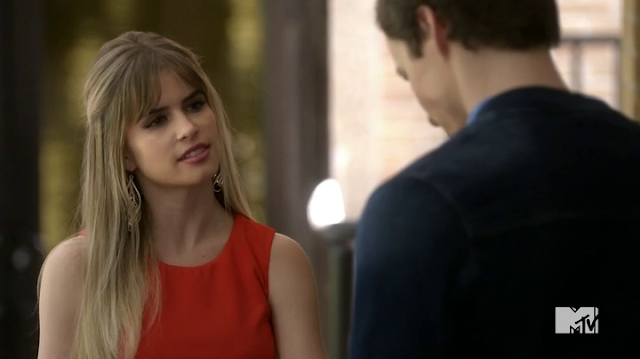 While Brock and Audrey's father step out to have a word, Audrey rushes and retrieves her phone and calls Emma and Noah and asks them to retrieve a specific SD card from September 30 from her house and to destroy it.  And by all means, do not watch it. 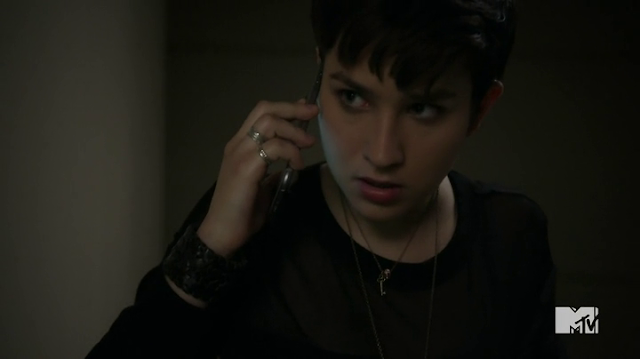 Also, Noah is starting to conclude that maybe Mr. Branson is actually innocent -- and perhaps he was completely unaware of the malware. 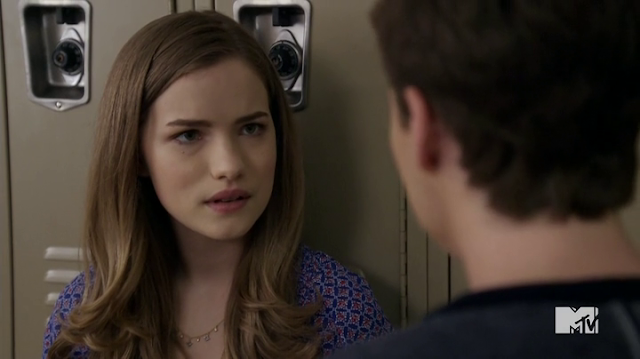 Meanwhile, Brooke and Jake go back to Brooke's house during lunch to try and prove or disprove whether her father killed her mother.  The open the freezer, but all they find is a piece of the bedding from the guest bedroom. 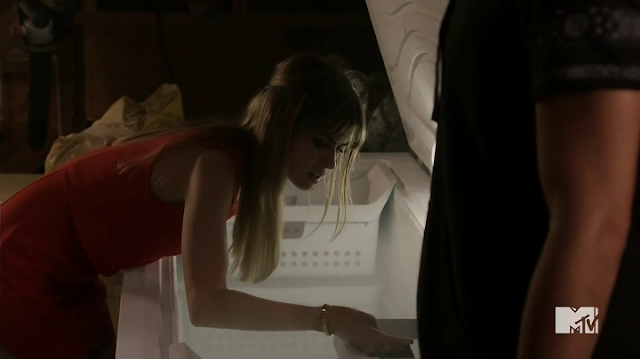 So Noah and Emma break into Audrey's house and steal the SD card just as the police are arriving with their search warrant. 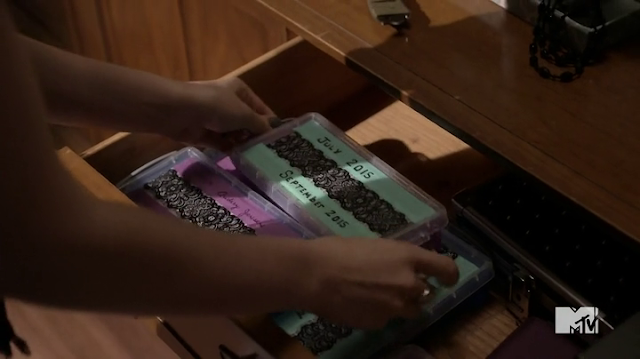 Jake checks his locker and discovers that the burner phone and the money are gone.  So, naturally, he immediately confronts Will about it, who is none the wiser. 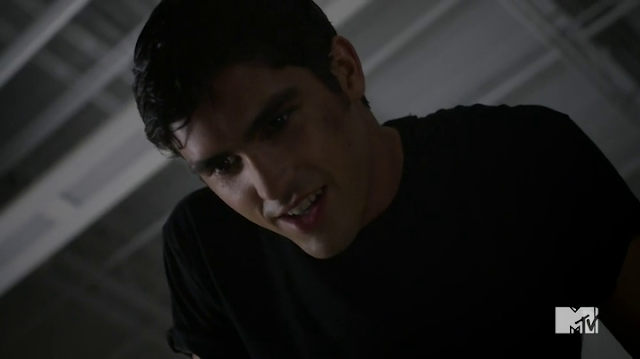 Noah and Emma give in and watch the tape on the SD card.  The footage shows Audrey in a rage, basically threatening to kill Nina. 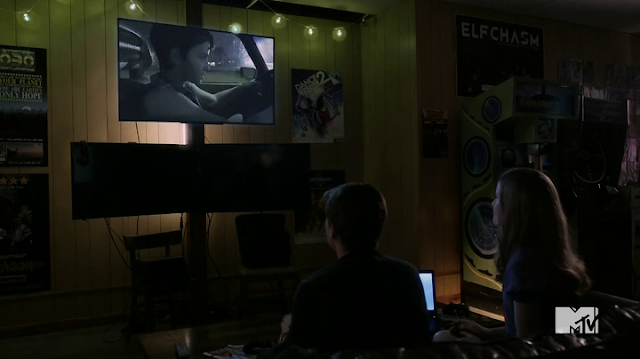 Noah admits that it looks like premeditated murder.  But Emma believes in her heart that Audrey is innocent. 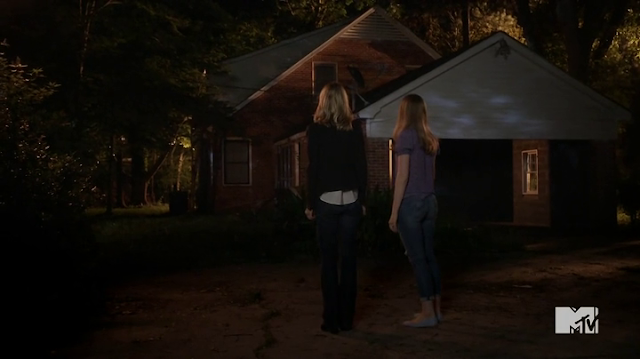 Maggie brings Emma to her childhood home.  And tells her that she believes Brandon James is innocent as well.  She doesn't believe he committed the murder back in '94 and truly thinks he was framed.  Who knows, she may be right.  And she pointed out James' old house next door, hidden behind some trees.  Maggie even referred to him as Bran. 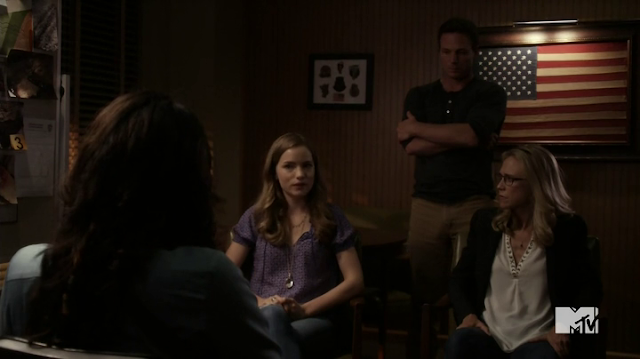 Emma goes back to the police station and says she's ready to talk.  She adamantly confirms that there's no way Audrey could have killed Nina because she was with Audrey that night.  Brock believes her, hesitantly. 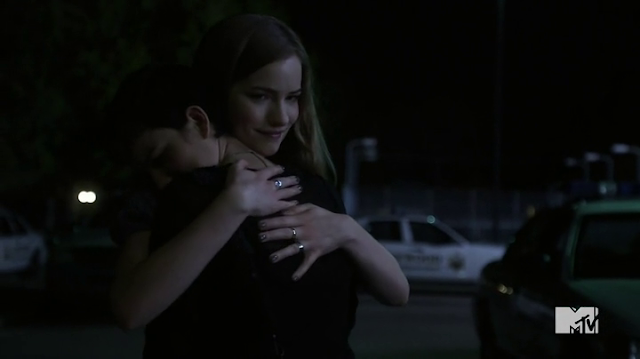 And just like that, Emma and Audrey are BFFs again. 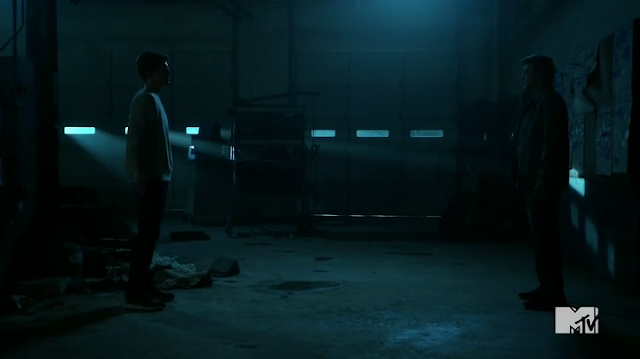 Will meets Brooke's father at the usual spot.  He gives him back the money and the phone with the video.  And the two part ways, but not until he threatens to kill Will if he ever says anything about it. 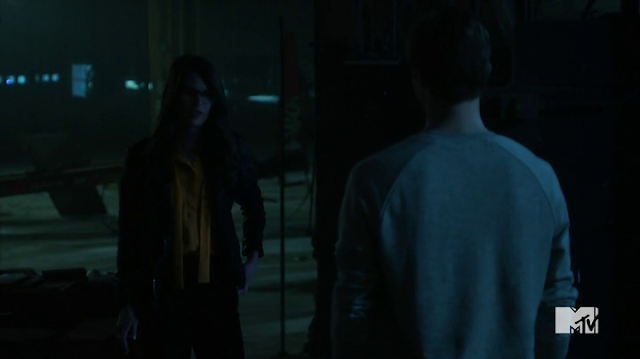 But suddenly, Will and Piper realized they're not alone in the empty garage. 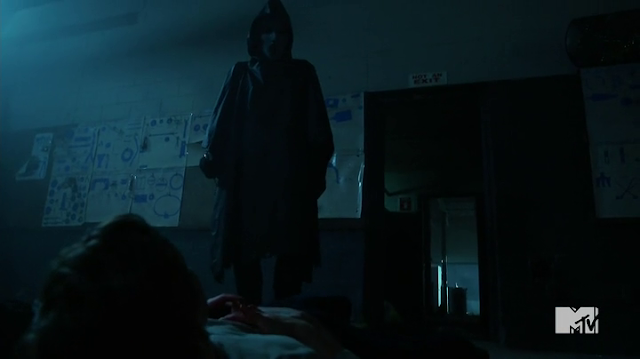 Piper gets knocked to the ground and passes out.  Will catches a knife to the gut and falls down bleeding.  The killer grabs him and drags him away.

Smash cut to black.  Helluva of an episode and a great ending!  Can't wait for what next week has in store!

Next episode: S01E07 -- "In The Trenches"
Brandon And Daisy Is It Audrey MTV MTV Scream Scream Small Screen Scream TV