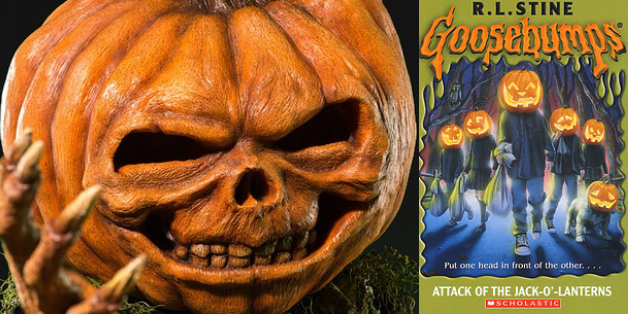 If you were a kid growing up in the 90s then there is a good chance that you read something from the creative genius R.L. Stine!

With this month’s release of the “Goosebumps” movie staring Jack Black the nostalgia factor for R.L. Stine’s beloved Young Adult Book Series is at an all-time high!

I myself read and still own about 90% of the Books from the Series’ Original Run (1992 -1997) but by the time the Fox Television Series based off the books hit the air my days of taking in all things associated with Stine were winding down! Besides watching the big debut of “The the Haunted Mask” during the Halloween Season of 1995, there were only a few episodes I can recall only catching on Fox around this time.

I really hate to admit this but besides me and my friend Louanne, nobody was reading these books anymore once we hit the 8th Grade and at the fear of going against the grain I too stated to keep my Goosebumps books at home and ceased reading any of the new ones that were still being put out before starting High School.


When Nick asked me to take part in his “13 Nights of Morbidly Halloween Movies” Event I thought it would good time to reacquaint myself with the Series since I plan on seeing the movie it’s opening weekend!

The one I settled on was “Attack of the Jack-O’-Lanterns”! It’s based off of book number 48 in the series and the tv episode originally aired 10/26/96.

In the midst of writing something for @nickmeece's #Halloween event on his blog! #goosebumps #horror #rlstine #pumpkins #jackolantern #90s #90sHorror
A photo posted by Thomas Bryce (@shit_movie_fest) on Oct 12, 2015 at 6:29am PDT


Parents from a small town are on high alert since a rash of missing persons cases have popped up the last couple days in their surrounding area and are on edge whether or not to even allow their children to participate in any Trick-or-treating this Halloween Season! 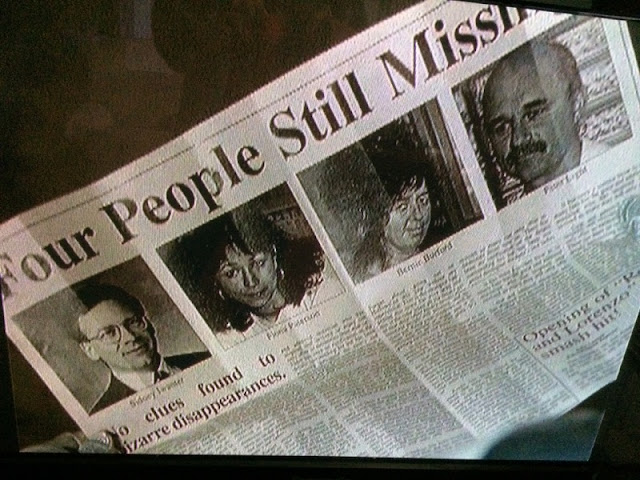 Two hopeful Trick or Treaters (Drew and her best friend Walker) are walking down a quiet neighborhood street discussing what their plans are to celebrate Halloween the next evening in midst of the town’s growing paranoia. To make matters even more bizarre two of Drew’s friends (Shane and Shana) who moved away a couple of years ago suddenly pop back in town to say Hi! While catching up the four teens fall victim to a prank by the local neighbor bullies Tabby and Lee, who scare the group by sneaking up on them in dressed as Werewolves! Shana and Shane decide to help their friend Drew get even for the prank and tell her all she need to do is invite the two pranksters along with them tomorrow night when they go trick or treating, they will handle the rest! 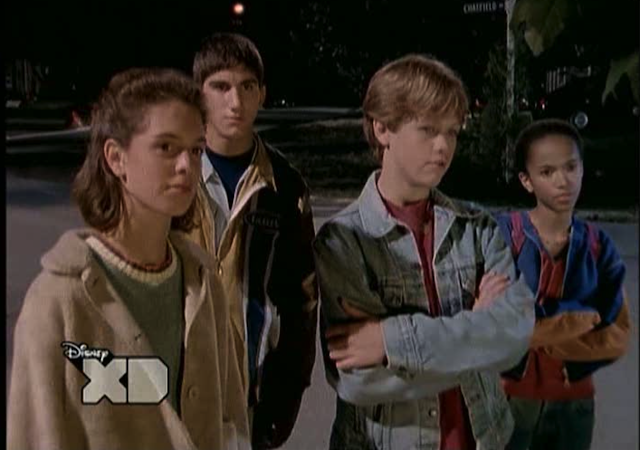 In true Stine fashion this episode includes a few amazing twists and turns! The first one includes a Nightmare sequence where the kids are captured by a crazy old couple who kidnaps any children who come to their house! The Old Woman invites the kids into her house and brings them to a room where a bunch of other children are chained up by her husband! 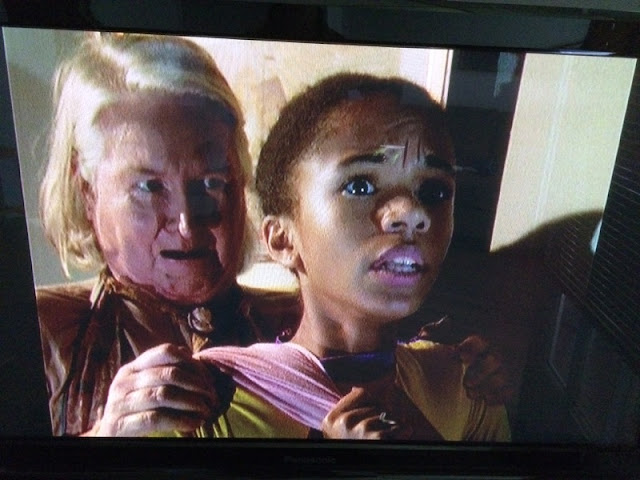 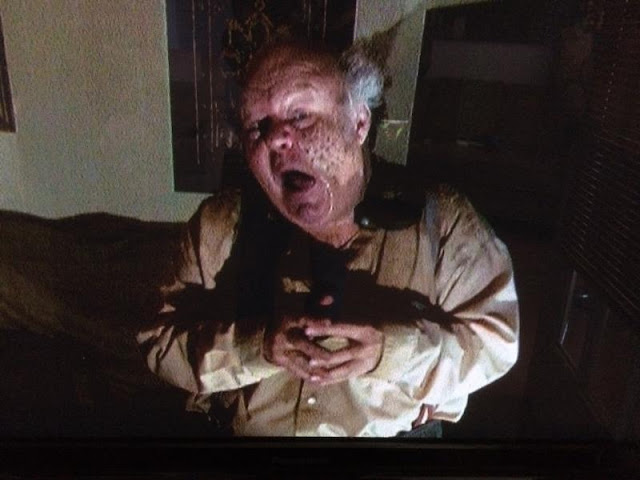 Look at those faces . . . truly frightening!

On the actual night of Halloween, the four kids are going from house to house when they run into two huge people with Jack-O’-Lanterns for heads who lead them into the woods with the promise of bringing them to a better place to do their trick or treating! 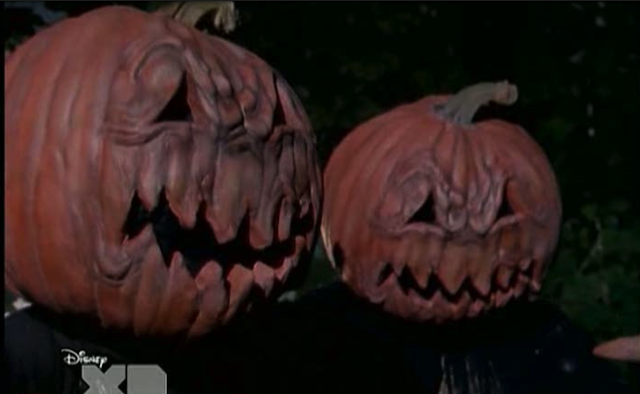 The new area lives up to the promise but things end up being to good as the people end up giving the children more candy then they could handle and won’t let them leave when they want to call it it a night! 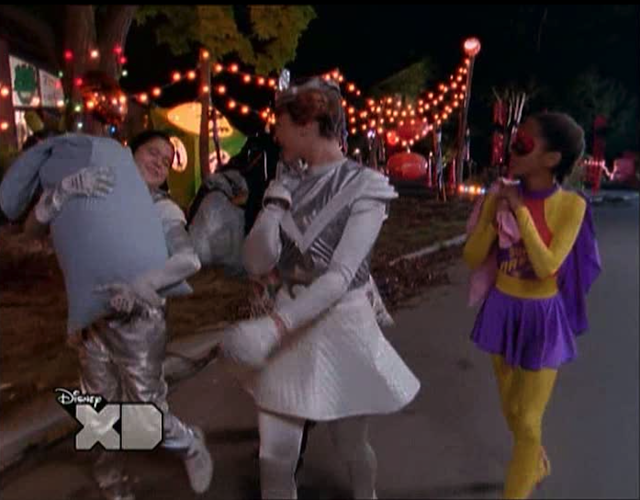 The Jack-O’-Lanterns insist that the children must now Trick or Treat forever! Tabby who’s convinced that these Jack-O’-Lanterns are actually just Shane and Shana in costume goes to take off their masks only to be horrified to find out that it’s not a mask at all when the pumpkin head detaches and is still barking orders!

After making them re-visit the same houses over and over again, the kids finally make a run for it back to the woods that they first came from! After Tabby and Lee end up getting away the the episode’s big reveal happens . . . Shane and Shana were intact the Jack-O’-Lanterns and are actually Shapeshifting Aliens. . . oh and they also ate those for adults that were missing!

The Aliens promise to be back for next year’s Halloween and warn the Kids not to get to Fat, cause when then come back they will be looking for a good meal! 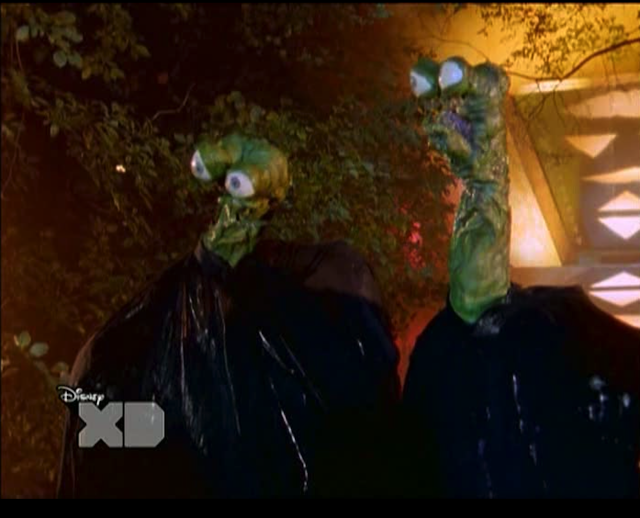 This episode was a lot of fun and packed a lot of good thrills in it’s 22 minute runtime! I loved seeing some of the old school halloween decorations used by the prop department and also found the twist to be right up their with Stine’s best! I would defiantly recommend fitting this one in sometime this month as part of your Halloween binge watching! 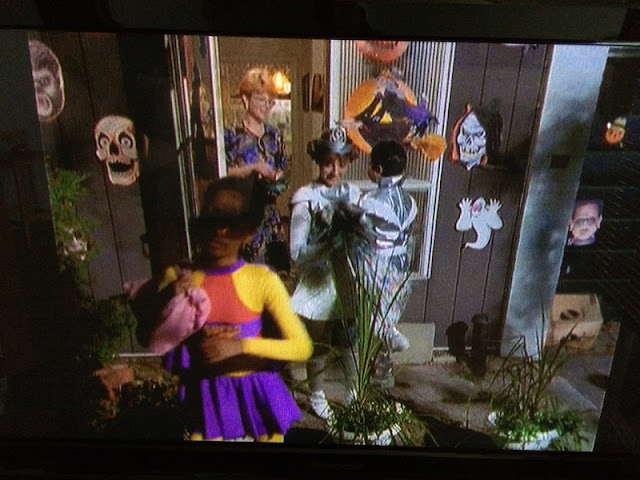 Thanks again Nick for asking me to take part in this Halloween Event and I look forward to reading everyone’s posts in the coming weeks! 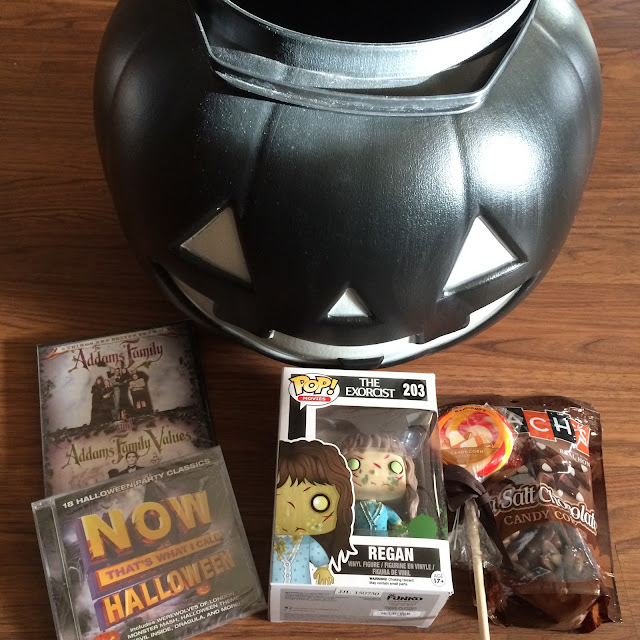