THE ADVENTURES OF PETE & PETE and the immortal HALLOWEENIE! 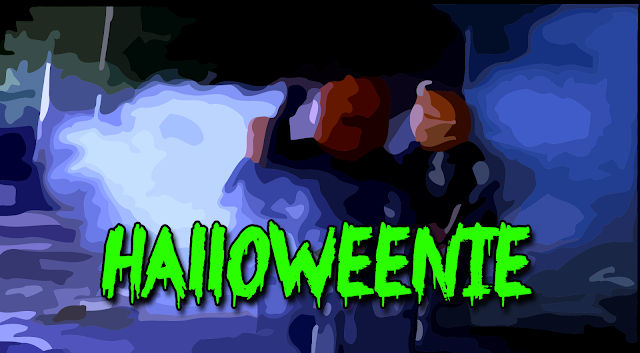 I'm retracting a previous statement of mine.  I no longer believe that BOY MEETS WORLD holds the title of coolest Halloween special.  Nope.  That title belongs to THE ADVENTURES OF PETE & PETE.  And I stand by it.

I'm not even sure where to start.  There's nothing you won't love about this episode.  It originally aired on October 30, 1994.  How perfect!


Little Pete decides to enter the annals of history by breaking the record for most houses visited on Halloween and tries to enlist the help of Big Pete. Big Pete is torn between his loyalty to his brother and the coming of age and abandonment of the childhood ritual of trick-or-treating. He must decide whether to face the ridicule of his peers and go trick-or-treating or to join the notorious "Pumpkin Eaters", a group of vandals who terrorize neighborhood "Halloweenies."

So, does that episode synopsis wet your appetite?  Then there's good news -- I have provided the episode for you...


Thirsty for more?  Well here's the original short that inspired the episode!
You want more?!  Well, I don't have any more fun PETE & PETE Halloween goodies for you.  But, here's a FUN FACT: Did you know that the movie SNOW DAY was originally supposed to be a PETE & PETE movie?  Nickelodeon wasn't interested in a P&P movie at the time, and both Petes had aged into adulthood, so characters were renamed and recast and BAM!  SNOW DAY was born (a classic in its own right).
Thanks for reading and be sure to like MorbidMuch on Facebook and follow me on Twitter!
Halloween 2015 Halloweenie Nickelodeon The Adventures of Pete & Pete