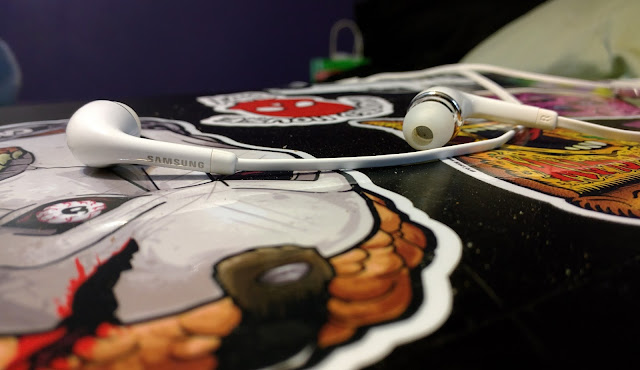 I was never really a huge fan of podcasts.  I mean, I tried to listen to a select few back in like 2008, but I never quite latched on to any of them.  Fast forward to 2015.  I now find myself listening to a handful of podcasts quite regularly.  And I must admit: I'm hooked.


(In no particular order.)

Purple Stuff is hosted by Jay of The Sexy Armpit and Matt of Dinosaur Dracula.  It started off as a countdown to Halloween for the 2015 season, but has since grown into full-fledged show -- and admittedly, it's fucking awesome.

I first discovered Jay and Matt and their respective websites last October and I immediately fell in love with their content, both offering horror and geeky nostalgia posts.  So the mere idea of those two forming a podcast is gold.  And it's a reality! 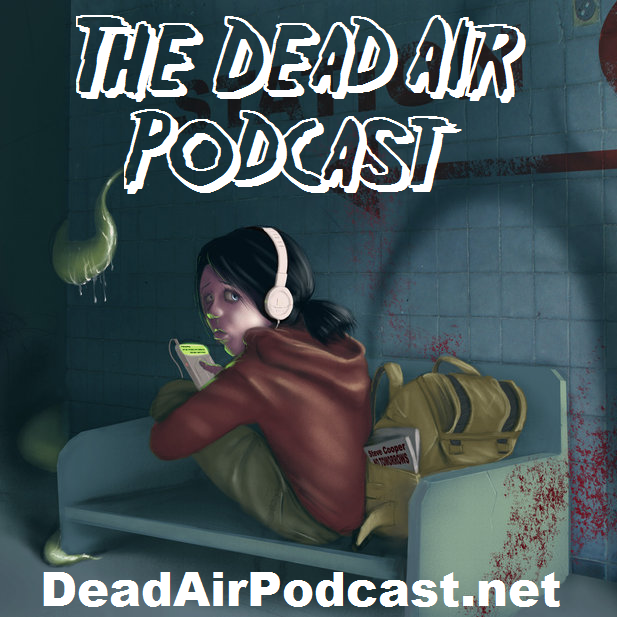 Dead Air is hosted by Jeff, Jesse and The Horror Movie BBQ's Chad.  What I like most about this podcast is they'll occasionally go on multi-episode benders where they'll cover and entire horror franchise -- and it's fucking amazing.  Just don't talk to Chad about PROM NIGHT IV: DELIVER US FROM EVIL (it can be a real shitty conversation).


The best podcast for Horror, Sci-Fi, Cult, Exploitation, and everything in between! The Dead Air Podcast brings you News, Reviews, Filmmaker Interviews, Retrospective Series, and a whole lot more. Give us a spin and become ONE OF US... 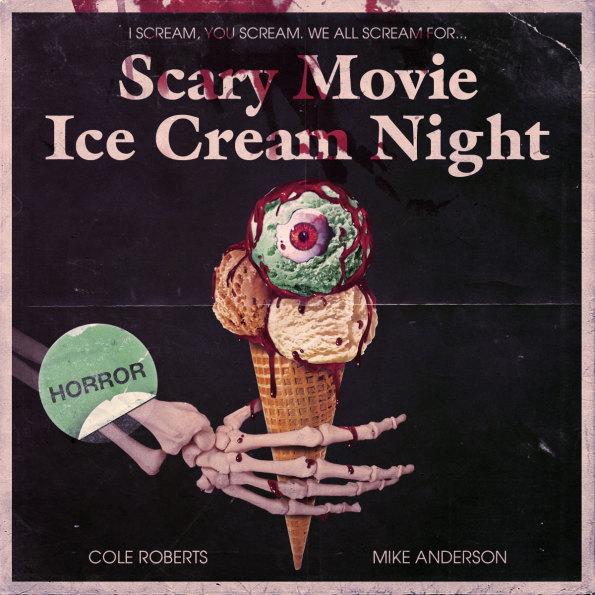 Scary Movie is hosted by Cole and Michael (you might recognize some of Cole's amazing artwork).  Like Purple Stuff, Mike and Cole are nostalgic horror geeks like me (and you, if you're reading this) and I love what they have to say.  I'm also a big fan of their Halloween specials and minicasts.  They both admit to being fans and that they may not always have all the facts -- and that's what makes this podcast that much more enjoyable!


Scary Movie Ice Cream Night, is a podcast created and hosted by two best friends (Cole Roberts & Michael Anderson) who watch horror movies, eat ice cream and talk about it for your (their) entertainment. 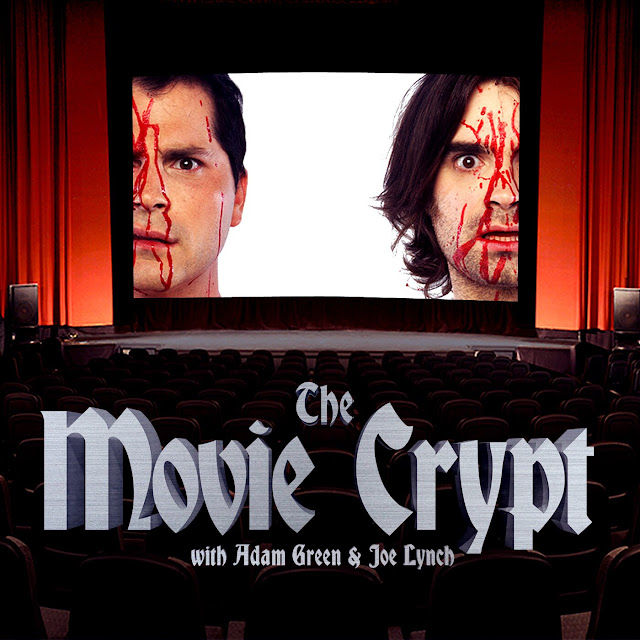 Ah, The Movie Crypt.  Hosted by filmmakers Adam Green and Joe Lynch.  They speak directly to aspiring filmmakers and make "the journey" way more intriguing -- offering weekly guests who share their trials and tribulations.  There's no other podcast like this one.


Hailed as one of Entertainment Weekly’s “Top 20 Podcasts” (Issue #1345 – Jan. 9, 2015), celebrated genre filmmakers Adam Green (HATCHET, FROZEN, DIGGING UP THE MARROW) and Joe Lynch (EVERLY, WRONG TURN 2, KNIGHTS OF BADASSDOM) host this informative and inspiring filmmaking podcast that has been called “audio film school” by both aspiring and working artists alike. Showcasing a different celebrity or other accomplished industry professional each week, Adam and Joe lead extremely candid discussions that focus on each guest’s individual journey through Hollywood and their comical, heartbreaking, and brutally honest tales from the trenches that reveal far more insight about the business than any film class could ever offer.

I highly recommend The Movie Crypt! 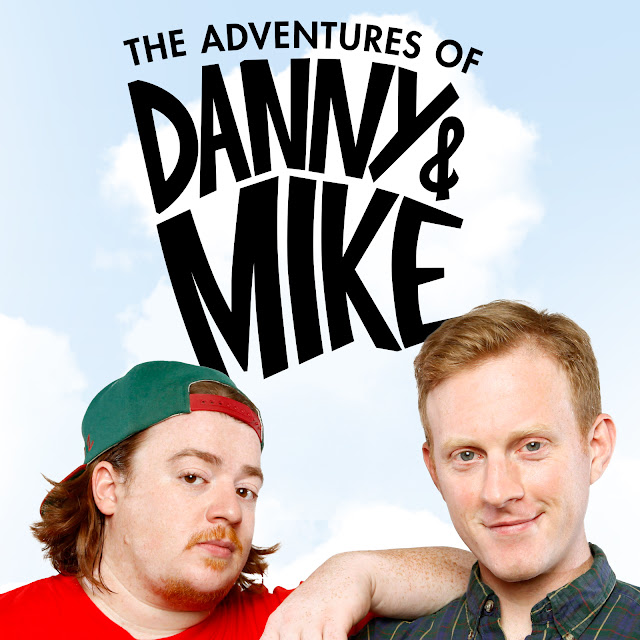 The Adventures of Danny & Mike: The Podcast

The Adventures of Danny & Mike is hosted by, well, Danny and Mike.  That's Danny Tamberelli and Mike Maronna of THE ADVENTURES OF PETE & PETE fame (although I recognize them for so much more).  Still reeling over the ending of P&P back in '95?  Then look no further!  Our favorite TV brothers are back with more zany adventures!


You might remember Danny Tamberelli and Mike Maronna from 90’s classics like “All That“, “Figure it Out“, “Igby Goes Down“, “The Mighty Ducks“, “Slackers” or “Home Alone“, just to name a few. But chances are you remember them as “Pete’s” in Nickelodeon’s “The Adventures of Pete & Pete“, where they played sharp-tongued brothers bent on adventure. Well, times have changed and the guys are all grown up — but that doesn’t mean that the adventures have stopped! Join them for their all new monthly podcast “The Adventures of Danny and Mike” where they wander out into the world in search of their next great adventure. The podcast is produced by Jeremy Balon and Marianne Ways and a part of the FeralAudio.com podcast collective.

I highly recommend The Adventures of Danny & Mike: The Podcast!

Now this is just a sample of the podcasts I listen to regularly.  Feel free to send me some more to give a listen!

Thanks for reading and be sure to like MorbidMuch on Facebook and follow me on Twitter!
Scary Movie Ice Cream Night The Adventures of Danny & Mike The Dead Air Podcast The Movie Crypt The Purple Stuff Podcast