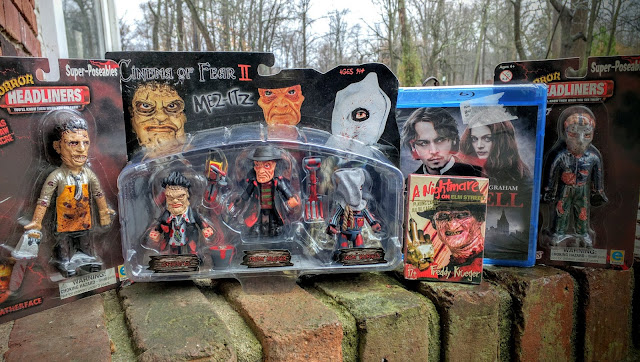 Wow...is Christmas really over already?  Halloween flew by, Thanksgiving was a blur and now Christmas is but just a memory.  But now, it's fallout time!  Let's see those hauls!


Now, I did a fallout post last year, and I wasn't going to do one this year, but I was called out by Chad of The Horror Movie BBQ on Twitter (as well as a few others!).

So without further ado, here's some of the goodies I received from friends and family... 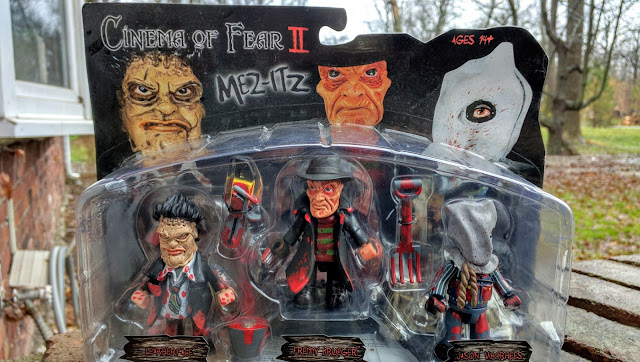 Admittedly, I don't know much about these, or that they even existed.  But boy, am I glad they do!  A NEW NIGHTMARE style Freddy toy, are you kidding me?!  And a sack-head Jason?!  Hell yes!

My fiance's sister's boyfriend got these for me from a local vintage toy store -- may have to make a trip myself. 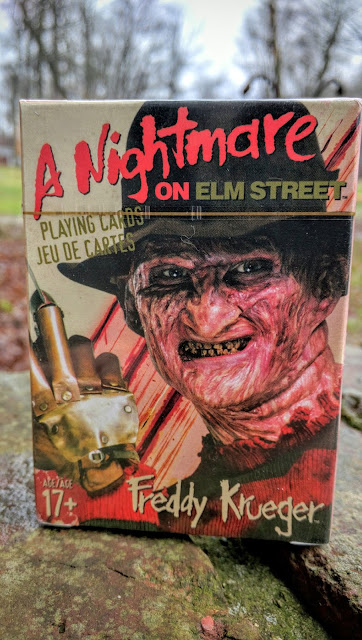 Don't be fooled.  These look like old stock, but they're not -- they're new(ish).  A website URL on the bottom of the box was a dead giveaway.  Either way, I love these and can't bring myself to open them.  And it kind of looks like Freddy is flipping me off, which I'm 100% okay with. 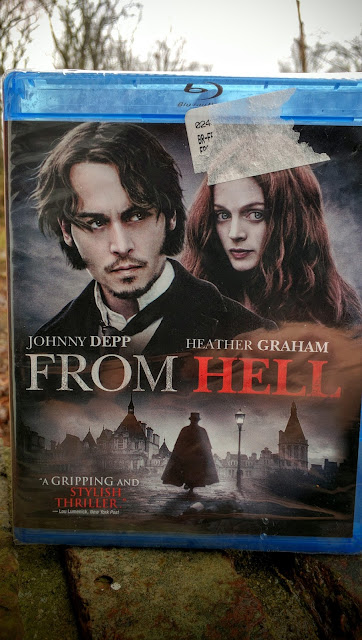 FROM HELL is one of my all-time favorite true-crime thrillers.  And Johnny Depp's performance is nothing short of amazing.  And Heather Graham as a dirty whore.  And, duh, Jack the Ripper. 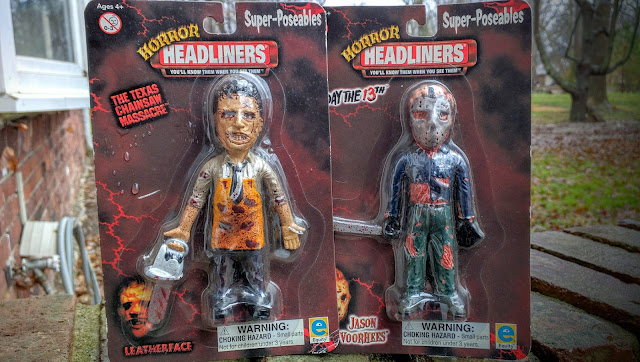 I almost forgot these even existed as well.  These were hugely popular in the early in 2000s and were primarily found in just about every Spencer's in every mall.  I remember owning the Jason one at one point (and perhaps I still do, somewhere).  I may track down the Freddy figure to complete the set.  Good times.

This is going to conclude my 2015 Christmas fallout!  Hope everyone is enjoying what they got!  I know I am.

Also, check out some of my buddy's Christmas fallout posts as well!