For the record, SHRIEK IF YOU KNOW WHAT I DID LAST FRIDAY THE THIRTEENTH was pretty good. 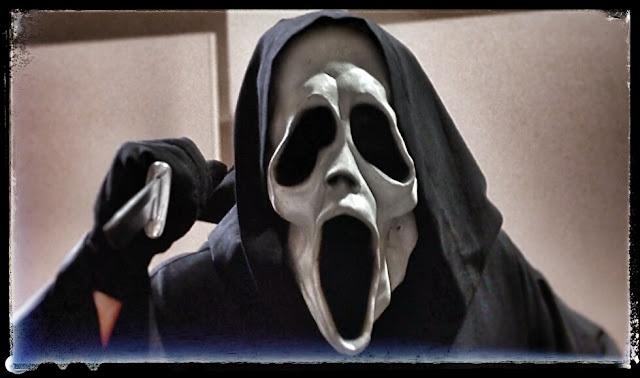 Bare with me for a sec, okay?  Back in 1999, the only real horror spoofs we had were Student Bodies, The Bogus Witch Project and The Silence of the Hams -- all decent in their own light.  But in 2000, we were gifted two extraordinary horror spoofs.  The first being the smash hit Scary Movie, and the second being a little made-for-TV love letter called Shriek If You Know What I Did Last Friday the Thirteenth.


Many regard Shriek as a Scary Movie rip-off, but let me tell you: it isn't.  In fact, the two were in production at the same time and Shriek was originally slated to have a theatrical release, but when the realization that Scary Movie had a monster budget and an all-star cast, they decided it was best to release the film straight-to-video -- but it actually went straight-to-TV first on the USA channel (who also premiered Cherry Falls around the same time).

Though I admit that Scary Movie is the superior film, Shriek holds its own very well.  It's more along the lines of the classics like Airplane! and The Naked Gun.

For instance, check out the tongue-in-cheek spoof of the classic '90s Mentos commercials below...


The film mainly spoofs Scream and I Know What You Did Last Summer, much like Scary Movie...but Shriek handles things just a tad bit differently.

I won't go into a full-blown run-down of the movie, but I urge everyone to see it at least once...even if you end up hating it.

Check out the original trailer below.


So is your mind made up?  If you haven't already, are you intrigued to see Shriek?