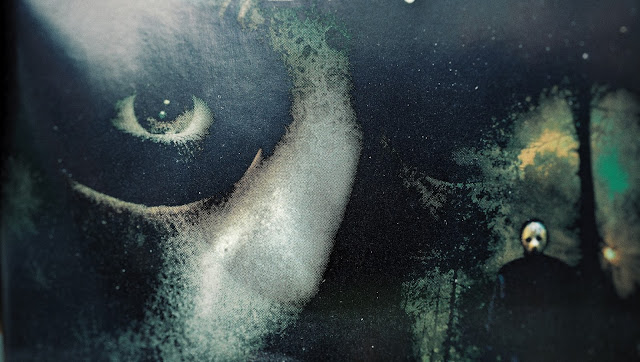 I like slashers.  No, I love them.  I also love camp slashers.  And what better way to spend Memorial Day weekend than watching one?  Can't think of a good themed one?  Here you go: 1999's Memorial Day -- a true-to-form Friday the 13th ripoff that's worthy of a watch!


For years, everyone always thinks of Bloody Murder as the penultimate Friday the 13th knockoff.  But that's just not true nor the case.  In fact, a year earlier in 1999, another movie was made that takes the cake...Memorial Day.

Here's the official synopsis for the film:


Welcome to Memorial Lake -- where under the calm, icy surface, something unspeakable is waiting to rise. Rachel can't remember the last time she fell asleep without hearing the screams from her past. Three years ago, her brother mysteriously died while she and a group of friends partied by the lakeside. And this weekend, she and her friends are returning to the very same lake to finally put her nightmares to rest. As they try to come to grips with what happened and admit that her brother's death was an accident. Someone is waiting for her, someone who is a faceless killer. And as her friends start disappearing one by one, Rachel will discover whose identity is hidden behind the murderous mask. Is it just a stranger in the woods? Or is it someone she already knows?

I first discovered this movie back in the mid 2000s as it sat on the New Releases shelves at Blockbuster.  Naturally, the cover art instantly drew me in.  The killer is clearly wearing a hockey mask!  However, in the film, you'll notice it isn't a hockey mask at all...but rather some sort of weird paper mache mask.  So A+ to the marketing team that designed the artwork. 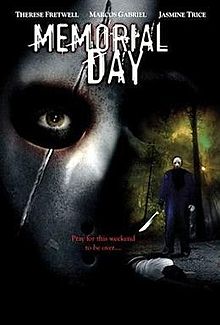 In the years since the film was released, I learned that although it was released in 2005, it was actually filmed in 1999.  I get the feeling that this was probably made as some sort of "project" and someone just decided to release it six years later.

It was released in the UK as Memorial Day Killer... 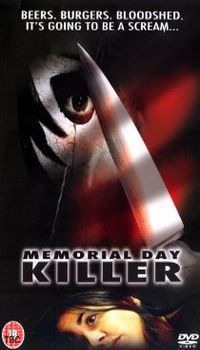 In that UK cover art above, you can sort of see the paper mache mask.

But if you're really curious to see this film, then you'll be happy to know that the film's distributor, Maverick Movies, has put the entire thing on YouTube, free of charge.


Did you watch?  Have you watched it?  What'd you think?