Showing posts from December, 2016
Show all

Psycho sidekicks of the SCREAM killers! 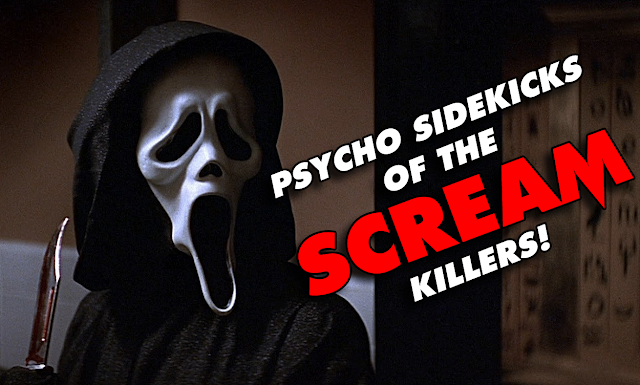 Teen slasher movies are known for having crazy killers with even crazier motives for killing.  But in 1996, Scream changed the game a little by adding a sidekick.  It makes sense, really -- especially if a killer wants to avoid suspicion -- it's always nice to be able to be two places at once.  And a sidekick can help out in that department. Since 1996, many slashers have gone on to utilize the two-killer angle, but something that sets the Scream  series apart is that most of the time, the sidekick is a lot crazier than the mastermind. SCREAM -- STU MACHER Ah, Stu, the loveable funny-guy.  But, as we know from real life, it's usually the funny guy who is the most disturbed.  And this holds true for Stu.  The mastermind, Billy Loomis, was merely seeking revenge on his girlfriend, Sidney, because it was her mother who ruined his family.  Something tells me it didn't take Billy a whole lot of convincing to get Stu to go along, though. The first attack of the mov
Post a Comment
view more
More posts