Showing posts from May, 2017
Show all

Another Scream -related article on MorbidMuch?  Say what?!  Oh, don't act surprised.  Our most popular Scream article is far and away the Who killed Tatum Riley?  My analysis! post.  But, today, I'm going to dive into Scream 2  and why I believe that Cici's (Sarah Michelle Gellar) death scene defines the series. The movie was released in late 1997, but just to clarify...spoilers... We're first introduced to the character of Casey "Cici" Cooper early on in the film during the sequel discussion in Film Theory class scene.  It establishes that Cici is a movie buff and is hip to all the horror tropes -- she even makes it pretty clear that she isn't a fan of sequels, like Randy. After her brief introduction, her character basically disappears until about a half-hour into the film, where we discover that she's alone in her sorority house, Omega Beta Zeta (she has the task of being "sober sister" for the night). Cici's on th
2 comments
view more

Okay, so here's another edition of MM Updates.  But just so you know, yes, I do have another actual article in the works -- so stay tuned for that.  But without further ado, here's a rundown of what's going on in the life of Nick... Riverdale!  Holy shit is this a good show or what?!  Now, I didn't catch it's original run on the CW because I work evenings so it just wasn't possible.  But, needless to say, I'm binging it now on Netflix.  I'm just about start episode seven and things are heating up.  This show is like a perfect blend of Dawson's Creek meets Clue -- and I'm loving every minute of it. VHS tapes!  I recently bought a small 9" TV/VCR combo and I'm in love with it.  The wedding's in the Fall.  It sits next to my flat screen which is just a beautiful sight to behold. More Scream stuff!  Not that you really care at this point, but I acquired a new Ghostface mask for my mannequin display -- a vintage Fearsome Faces ma
Post a Comment
view more 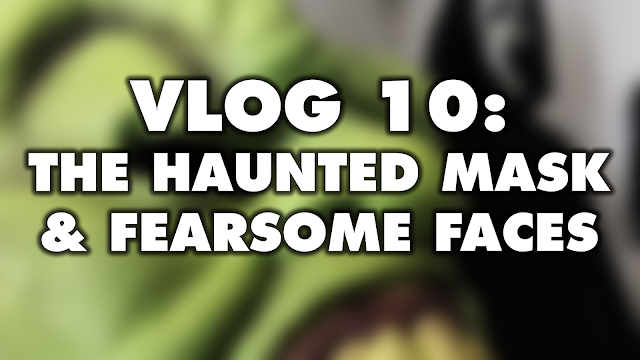 Hey, I'm finally back with a new vlog! This time I'm showcasing my newest additions: a vintage Goosebumps Haunted Mask...mask. And a new Fearsome Faces mask from France...and a whole lot of VHS tapes from my latest Goodwill adventure -- and a stranger than fiction book that totally rips Jaws for all the wrong reasons. [message] THANKS FOR READING! Be sure to like MorbidMuch on Facebook and follow me on Twitter ! Also, be sure to subscribe to me on YouTube !
Post a Comment
view more

So I've finally managed to find enough free time to create some new merchandise for the MM store.  More specifically: new tee and sticker designs! Most of, if not all, my products are available on both Redbubble and TeePublic, but I'll take this opportunity to pimp the TeePublic page (quick link at end of article). Most everything is available as a tee or hoodie and a sticker. I have a lot more planned for the future.  If you like something, help a brother out! VISIT THE TEEPUBLIC STORE NOW! [message] THANKS FOR READING! Be sure to like MorbidMuch on Facebook and follow me on Twitter ! Also, be sure to subscribe to me on YouTube !
Post a Comment
view more 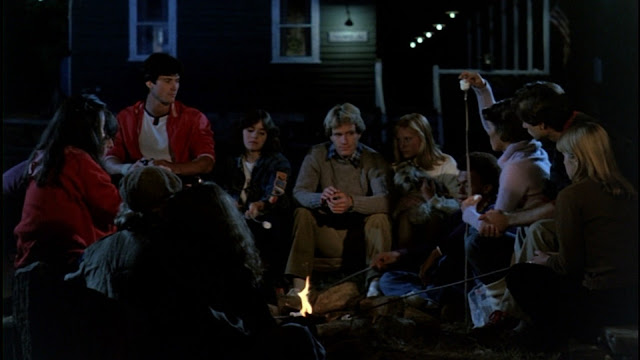 Okay, so I'm continuing my trend of celebrating movie anniversaries on odd years.  Today marks the thirty-sixth birthday of Friday the 13th Part 2 . A direct follow-up to the 1980 original, Part 2  picks up with a now-grown Jason Voorhees stalking the grounds the abandoned Camp Crystal Lake -- known to the locals as "Camp Blood" -- and it's conveniently located right next to a camp counselor training resort.  Even if you've never seen the movie you can imagine what happens next. So here's to Friday the 13th Part 2 !  I've already watched an old VHS copy this morning...won't you? I kept this short and sweet, so now enjoy a filming locations video of the movie from one of my favorite YouTubers, Adam the Woo... PS: This film quite possibly has the best tagline for any horror sequel ever... The body count continues... [message] THANKS FOR READING! Be sure to like MorbidMuch on Facebook and follow me on Twitter ! Also, be sure to
Post a Comment
view more
More posts