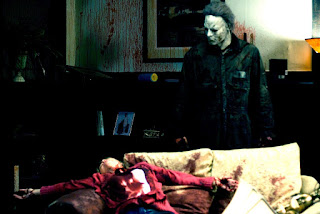 Love it, hate it, or tolerate it, Rob Zombie's 2007 Halloween remake is ten years old today.  Holy shit.  That's insane to think about.  The movie has its share of problems, but overall, I enjoyed and liked it.  And I still do.

Tyler Mane's portrayal of Michael Myers was admirable and intimidating.  Yes, most of the first half of the movie is sort of pointless, but the midsection of the movie is solid with young Myers in Smith's Grove -- we really got to see his descent into madness and how Loomis played into all of it. 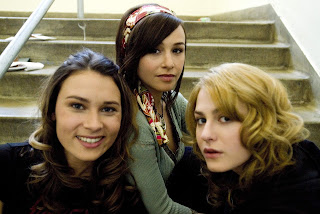 Initially, the movie evoked a lot of mixed reactions from myself.  But after numerous viewings, I definitely have developed a little love for the movie.  I can't help it, it has its charms.  But, also, duh, the original 1978 Halloween will always be the Alpha and Omega of all horror films, in my opinion.

Well, here's to Rob Zombie's vision!  Enjoy this trailer (below) that shockingly I have never seen.


What are your thoughts on RZ's Halloween?
Halloween Rob Zombie