HALLOWEEN "fans" need to calm down. 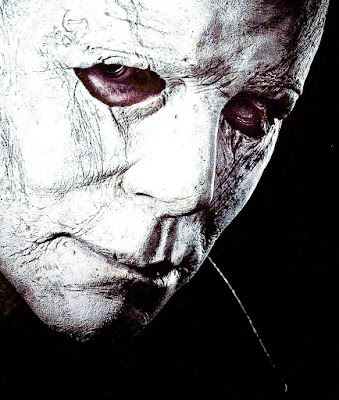 If you’re even a mild horror fan and have been online anytime in the past 48 hours, then you know how absolutely bat-shit crazy the news surrounding the supposed Halloween test screening has been. I’m going to try and clear up and clarify a few things regarding this matter. Also, how the hell do you “go online” nowadays? Anyone with a cell phone and a data plan is technically online 24/7.

So, was Halloween screen tested?  I'm sure it was.  It's not an uncommon thing.  Were there people that probably hated parts of the film and others that mostly liked it?  I'm sure there were.

A lot of people need to calm down.  This is the point the test screenings -- to gauge the audience.  See what's working and what isn't.  Test screenings happen every day.

An article was posted a few days ago on Horror Freak News with info from an unnamed source stating how the test audience hated the movie (the ending, in particular).  Jesus Christ.  It was a TEST screening!

It's times like these that really make me start to hate Facebook Groups (not that I didn't already -- they killed forums!) because you see a million duplicate posts that continue to spread the negative propaganda.  Halloween's going to be okay.  Will it surpass the original?  Fuck no.  Can it be a fun sequel that's pretty good?  Absolutely.

I've gotten messages and emails from people laughing and saying things like, "See, I told you it was gonna suck!" and, "They'll never beat Carpenter's masterpiece!"

Yeah, okay.  I hate that there are people that want this film to fail.

I want to share a video from Halloween (1978) super-fan Dave McRae.  This video sums up my feelings and thoughts 100%.


Also -- you may have noticed -- my enhanced version of the new poster (seen at the top of this post) has spread like wildfire across the internet.  And, of course, I haven't been given any credit whatsoever.  But it's all good.

Oh, and anyone can leave a comment...cool people sign my guestbook (because it's 2001 right now).
Halloween