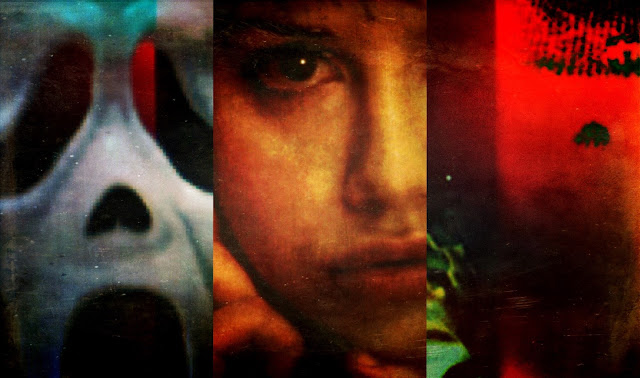 I'll be honest: I've never actually thought about what my favorite whodunit slasher movies of all time are.  For those unfamiliar, a "whodunit" is a slasher movie where you don't find out the identity of the killer until the end.  Well, my number one is a no-brainer.  But I've narrowed the list down to three absolute favorites.  And I'm going to give you an explanation of why I feel this way.  Ready?  Let's go... 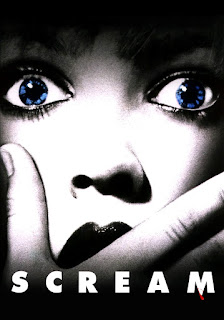 We all know Scream.  It's that little tiny movie directed by Wes Craven and written by Kevin Williamson.  Oh, and you know, it brought horror films back from the dead in the mid-'90s.  You've heard of it, right?  Up until 1996, nothing quite like Scream had ever come along.  It's a smart, tongue-in-cheek parody of slasher films that holds its own and is scary as hell.

Kevin Williamson probably said it best when he described the film as a movie he wanted to see but no one was making it.  So he wrote it.  And the rest is history.  It's visually stunning with a ghost-masked killer who would become an instant horror icon.  What's not to love about Scream?  A hot cast with a hot story.  A very long list of copycat films would follow. 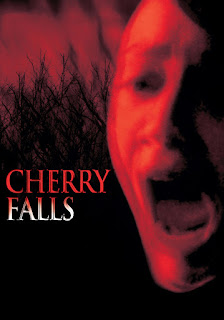 Every time I bring up Cherry Falls in general horror discussion it seems to stir up mixed feelings.  After a slew of Scream imitators, Cherry Falls took the modern slasher formula and turned it on its head.  And it worked wonderfully.  Sex equals death?  The biggest horror trope.  This killer is targeting virgins.

Like Scream, Cherry Falls is a hip, smart slasher that rewrites the rules we've come to know.  The late Brittany Murphy shines as the lead final girl.  The killer, though not a horror icon, is incredibly intimidating while remaining very feminine (if you've seen it then you know).  What's most amazing about this film is that it was released as a TV movie on USA Network in 2000. 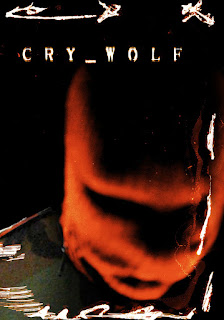 Admittedly, there are a lot of people that flat-out hate this movie.  And I think that has a lot to do with the fact that this movie pulls the rug out from under the audience's feet.  But upon a rewatch, you can totally see this coming and works marvelously.

I've always thought of Cry_Wolf as Scream 2.0.  It attempts to reinvent the slasher genre.  And to me, it succeeded.  Too bad horror fans didn't catch on.  It's a very smart film that blends humor and horror.  And now, in 2018, looking back at the film, it works as a great time capsule of the time.  The movie utilizes the technology of the time with "smart" Nokia cell phones and AOL Instant Messenger.

The main protagonist and antagonist of the film are extremely likable and relatable characters that do a great job of playing their parts.

So that's the list of my three favorite whodunit slasher movies.  I'm curious to know what yours are.  A few honorable mentions are Urban Legend, Friday the 13 Part V: A New Beginning, Sleepaway Camp, and The Town That Dreaded Sundown (2014).
Cherry Falls Cry_Wolf Scream