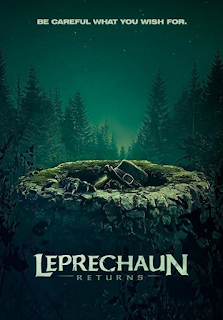 SyFy's new Leprechaun sequel, Leprechaun Returns, hits VOD December 11.  And honestly, I can't wait.  Yes, the absence of Warwick Davis kind of, sort of, sucks.  But what doesn't suck is that this new movie is a direct sequel to the original film.

I had actually written a Leprechaun sequel a few years back and I had the same idea: pick it up at the O'Grady farm in present day.  And that's what's happening.  I'm excited to see how they handle it and if I was close.

Two new posters have been released for the film and if you look closely, you'll notice that they're hand-drawn renderings.  How cool is that?

The first one features the infamous well from the original film.  And the second one gives us an idea of what's in store.

You gotta give SyFy some credit...they are erasing that awful taste that Leprechaun: Origins gave everyone. 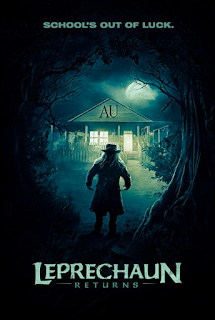 Something that has sort of gone under the radar is that original Leprechaun star Mark Holton (Ozzie) has returned to reprise his role.
Leprechaun Leprechaun Returns