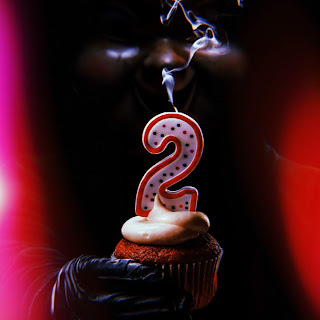 I finally saw Happy Death Day 2U last night. I'm a pretty big fan of the first movie so I was very eager to see the sequel.

Unlike people who saw the movie on opening night, I think I may have actually benefitted by waiting a few days. I heard a lot of people were a little disappointed that that most of the horror element was gone for the sequel. So, naturally, I went into 2U with that in mind.

To my surprise, there's still plenty of horror/suspense to be had. And honestly, I enjoyed the sequel just as much as the first movie. This is where I'd insert the shrug emoji.

Once again, Jessica Rothe totally shines and is just as loveable as ever. The rest of the cast stepped up as well.

The movie gets a little confusing at times but that's okay. The film is dealing with a weird, new-ground territory and I think the filmmakers did the best they could. But, hell, I liked it. I really, really liked it.

Short review, I know, but the film is good and if you liked the first movie, then please see the sequel. It really is a continuation of the story (of sorts). 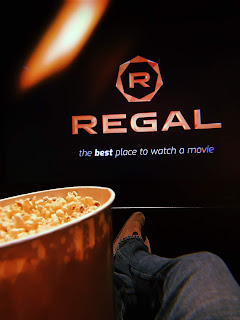 Now, funny coincidence time. I caught the 10:20 PM show on Sunday the 17th. Now, the loop that Tree is stuck in forces her to relive Monday the 18th over and over. When the movie was over, it was a little after midnight, making it Monday...the 18th. And it's funny because I joked with my buddy that once we go to sleep and wake up in the morning, it will still be Monday the 18th.

Just a happy coincidence after seeing a movie that literally deals with that same subject and date. Ha!
Happy Death Day 2U HDD2U Reviews