February 03, 2021
I've been seeing a trend on Twitter lately -- people have been posting "high school me starter packs."  I laughed them off at first.  But then I started thinking...there's a lot that can probably be learned from breaking down your top four high school trends.  So, well, here's mine...
American Eagle
Say what you will, but AE was my jam.  Still is.  I still wear a lot of AE all the time (they have the best jeans!).  Styles come and go but this place has a nice core ensemble that is always stylish.
The Killers' Hot Fuss Album
What was initially a cool pop-rock album has now become a cult favorite.  Hot Fuss is still a great album.  It's still The Killers' best.  And I'm happy to say I was a fan since day one.
Cry_Wolf
Now it's no secret that the Scream franchise is my boo, but when I was in high school that series was pretty much dead.  But a little movie called Cry_Wolf was released during my high school years.  And it invoked the same internal response from me that Scream did.  And now, years later, Cry_Wolf actually works as a cool little time capsule for myself, instantly transporting me back to high school.  School trends, lingo, fads, and yes...
AOL Instant Messenger
Ah, AIM.  Who didn't use AIM back in the day?  It was basically the O.G. social network, pre-dating Facebook, MySpace, Tumblr, Blogger, Live Journal, Xanga...you know.  AOL was meh, but their standalone instant messaging program was the bees' knees.  Facebook Messenger and Twitter DMs are about the closest thing we have nowadays.  I sure do miss Buddy Lists and Away Messages.
That's it.  Four trends that encapsulate high school me. 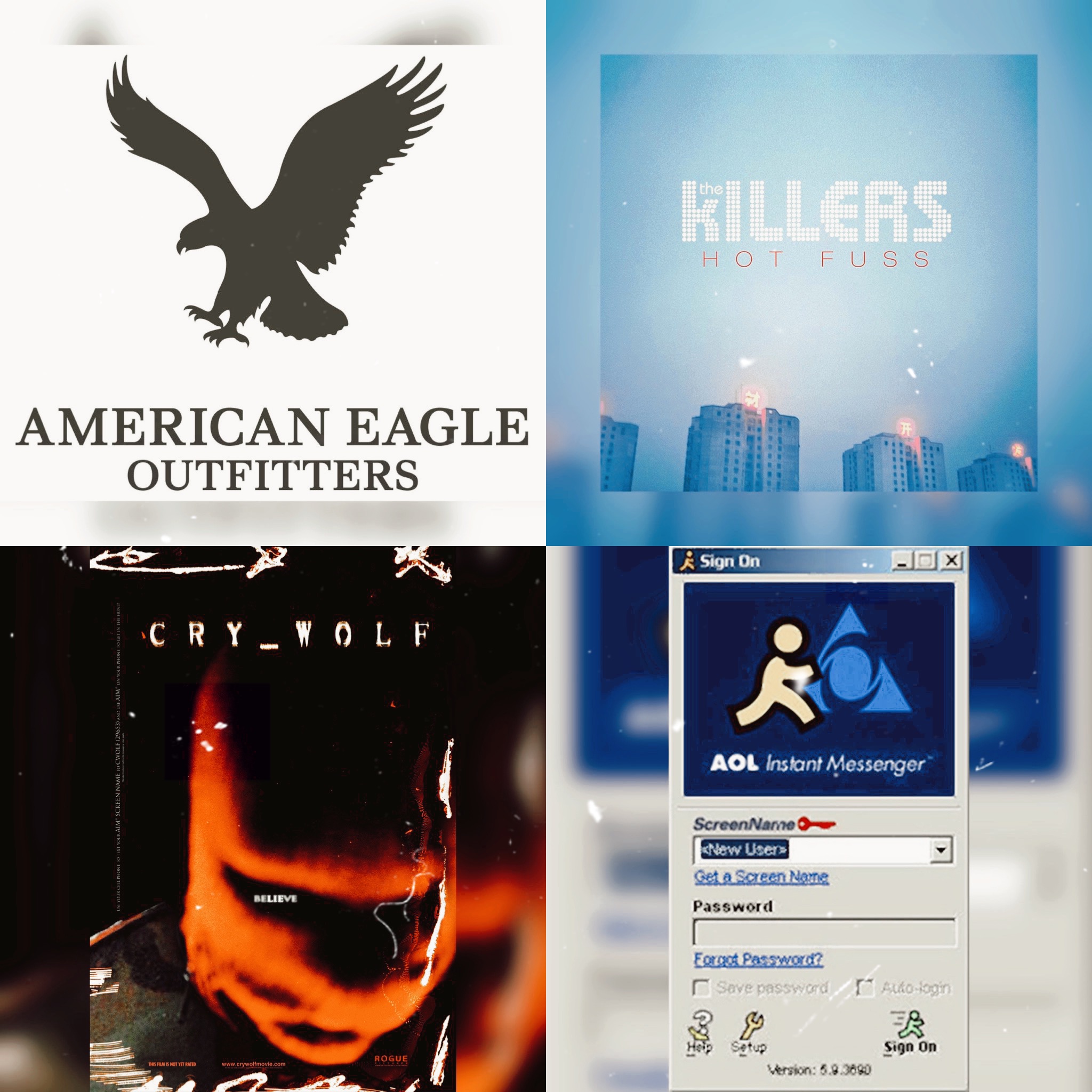